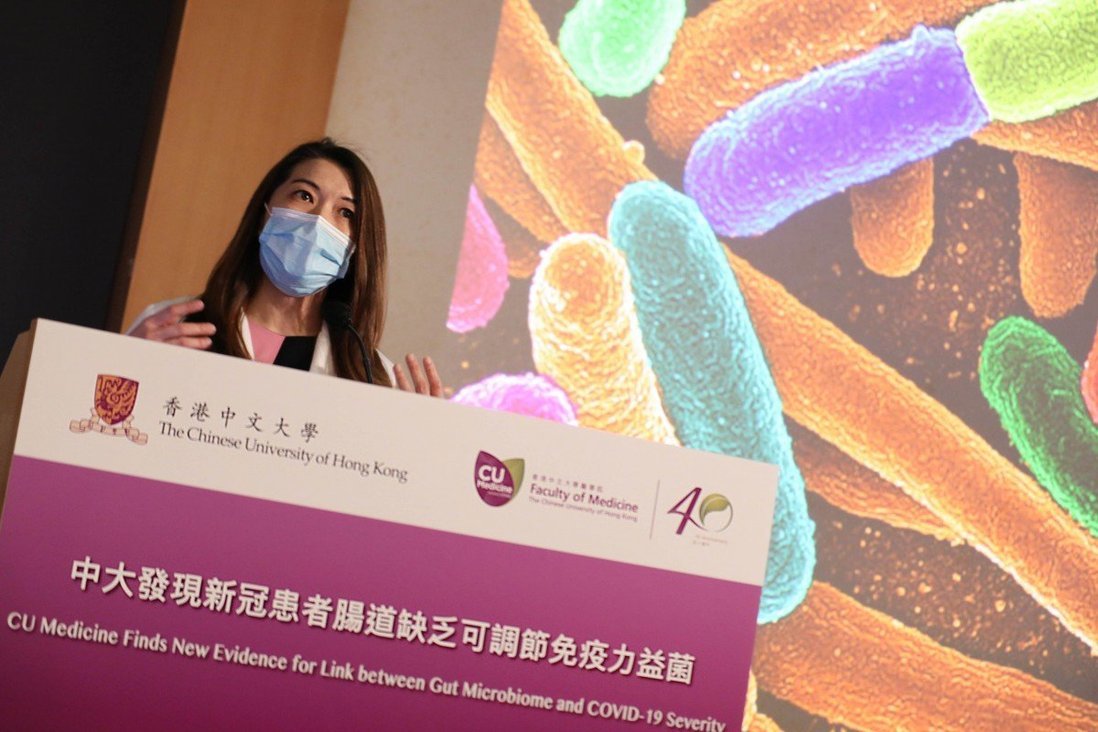 Researchers at Chinese University also say nearly a third suffer from more than three symptoms and warn Hongkongers at risk given prevalence of the microbial imbalance in population.

Eighty per cent of recovered Covid-19 patients in Hong Kong continue to experience at least one of the disease’s symptoms six months later and nearly a third report suffering from more than three, researchers have found.

The study by a Chinese University team examined the role that imbalances in gut bacteria – or dysbiosis – played in recovery. They had earlier determined the seriousness of the illness correlated with how well or poorly the bacteria was balanced. Given 40 per cent of the local population suffered from dysbiosis, residents were susceptible to contracting severe bouts of Covid-19 and experiencing long-term symptoms even after recovery, it said.

The most common lingering symptoms were fatigue, poor memory, difficulty in sleeping, shortness of breath and hair loss.

Based on the findings, the researchers called for greater attention on combating dysbiosis as part of the longer-term treatment for people getting over the disease. 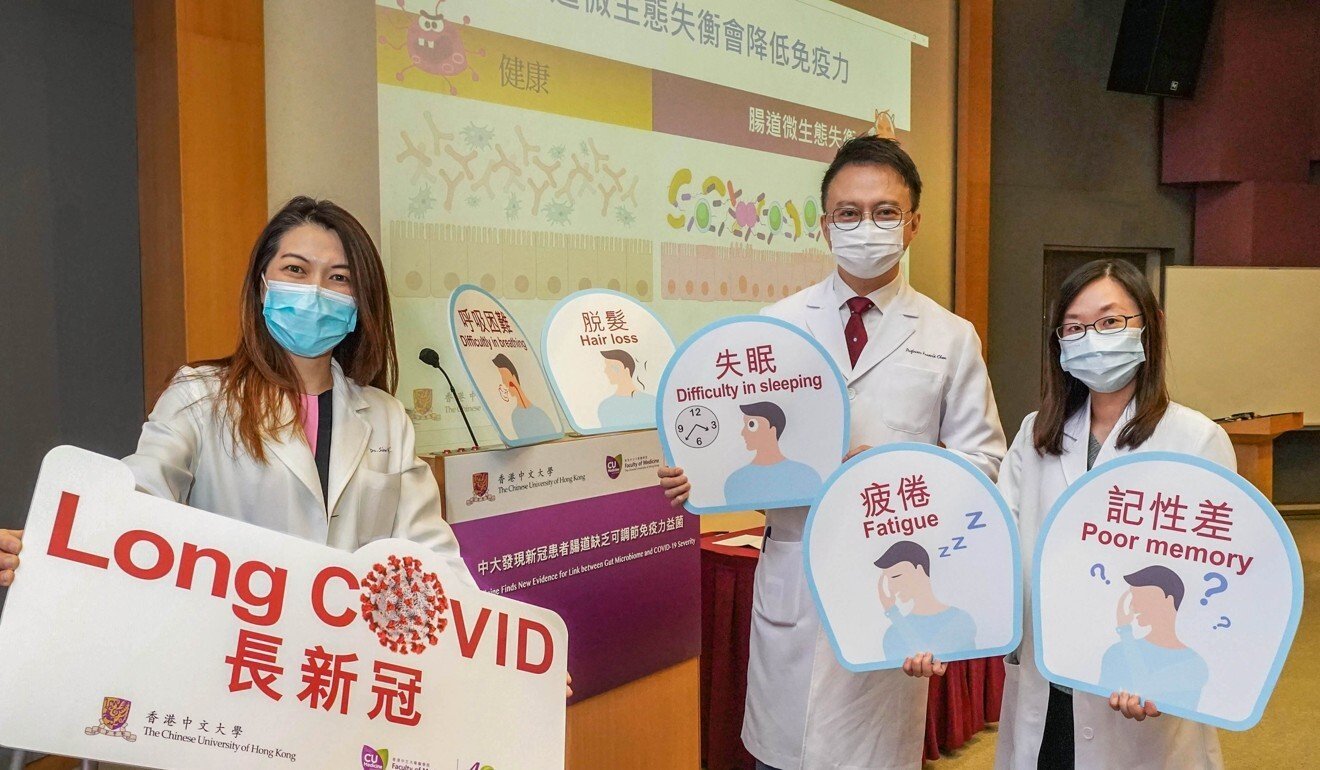 “Our new findings of persistent dysbiosis in recovered Covid-19 patients highlight that gut microbiota imbalance with impaired immunity could play a role in ‘long Covid’,” said Professor Francis Chan Ka Leung, one of the authors of the study and a director of the university’s Centre for Gut Microbiota Research.

Noting about 40 per cent of Hong Kong’s population already suffered from dysbiosis, Chan added that it was critical to restore the bacterial balance to boost immunity against the virus and to hasten recovery.

The researchers collected samples from 100 Covid-19 patients admitted to local hospitals between February and May last year and followed up on 30 after they had recovered six months later. Out of that group, 24 said they still suffered from at least one symptom, while nine reported having more than three, the study found.

Analysis of the samples showed many of the patients suffered from a deficiency in certain types of “good” bacteria that regulated and directed the body’s immune system, paired with an excess of “bad” bacteria that tended to disrupt it.

These abnormalities likely hindered the immune system’s initial response to the virus and contributed to its severity, they found.

“This is one of the first studies in the world to show that abnormalities in gut microbiota can actually influence your immune system in a way that leads to a more severe disease,” said Professor Ng Siew Chien, another author of the study and associate director of the university’s Centre for Gut Microbiota Research.

“It is a very important finding to explain why some contract more severe symptoms of Covid-19, while others don’t.”

She added: “What is alarming is abnormalities in the gut persisted after clearing the virus, and this may play a role in whether a patient develops ‘long Covid’ symptoms.”

The elderly, obese and those with chronic diseases were at a higher risk of dysbiosis, she noted, and thus more likely to develop long-term complications from Covid-19.

A previous study by the faculty found that out of 1,000 Hong Kong residents, 40 per cent suffered from dysbiosis.

Not only did this make locals more vulnerable to Covid-19, but it could also impact the efficacy of any vaccines, Ng said.

“We know that for the flu vaccine, effectiveness and how long it lasts for may be influenced by microbiota,” she said. “This makes microbiota replacement very important for the Covid-19 vaccination, and supplementation is crucial and easy to do.”

To improve their gut health, Ng recommended Hongkongers avoid unnecessary use of antibiotics or diets containing too much processed food, both of which tended to harm the accumulation of “good” gut bacteria.

In some cases, she said, a healthy diet alone might prove insufficient, meaning prescribed supplements or other therapy measures might also be necessary.

One supplement the team had been developing specifically for “long Covid” patients had shown promising results, leading to faster recovery in some, Ng said.