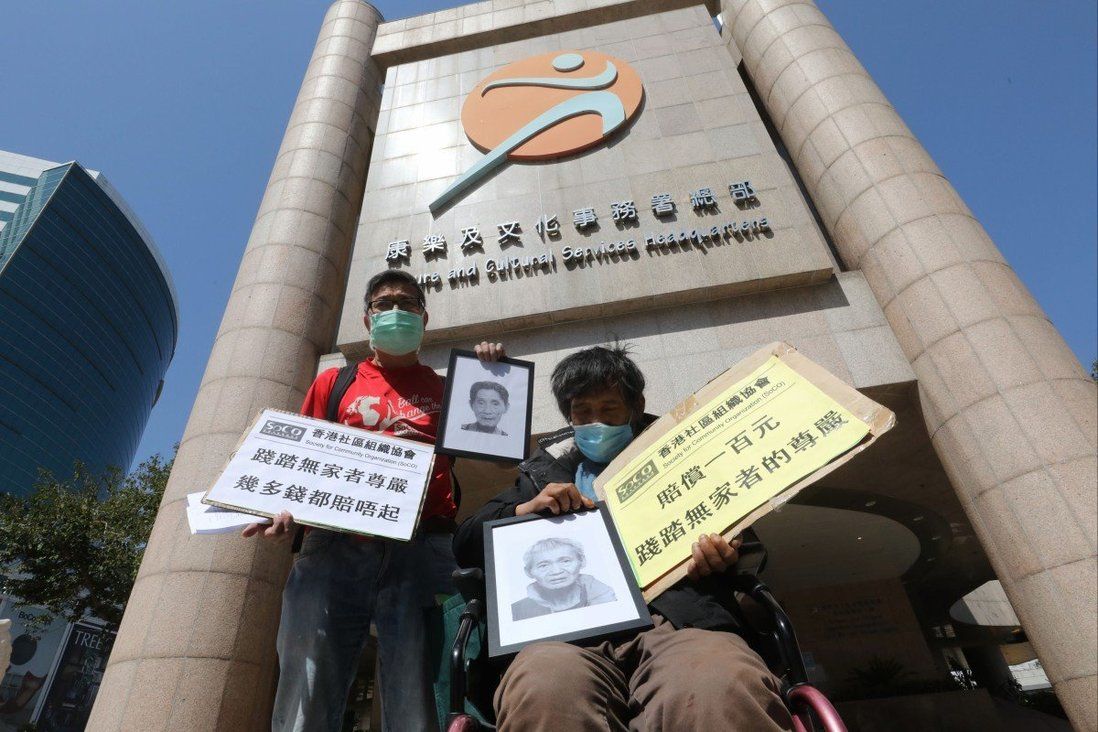 NGO joins claimants in calling for improvements in government’s treatment of homeless population.

Eight homeless men who won lawsuits last week against the Hong Kong government for disposing of their personal belongings have criticised the HK$100 (US$12) in compensation they each received and demanded an apology from authorities.

The group accused the government of “trampling upon their dignity” and called for policy improvement to better protect them, with two of the claimants submitting a letter of petition alongside two social workers to the Leisure and Cultural Services Department headquarters in Sha Tin on Monday.

“Although we have achieved justice in the lawsuits, the nominal compensation of HK$100 is too little to cover their losses, not even enough for them to buy a new mattress,” said Ng Wai-tung, a community organiser at the Society for Community Organisation (SoCO), which supported the group during the proceedings.

“We want the government departments to respond to the dereliction of their duties as ruled by the court. They owe these homeless people an apology.”

Last Tuesday, the Small Claims Tribunal ruled in favour of nine homeless men who sued authorities after their items were seized and disposed of without their consent. One claimant died in March after contracting Covid-19.

The incident occurred as police and the Leisure and Cultural Services Department carried out a joint action at Tung Chau Street Park in Sham Shui Po on December 21, 2019.

The court ruled the government had failed to exercise reasonable care in handling the men’s belongings. Each claimant was awarded nominal damages of HK$100, as none could provide sufficient evidence of the value of their possessions.

The lawsuits initially involved 14 claimants seeking compensation ranging from HK$2,000 to HK$13,290 for the loss of items such as clothes, mattresses, cash and travel documents. However, four of the group lost contact with SoCO during the proceedings, while another died last October.

One of the successful claimants, Chow Hung-kwong, 69, who sleeps in Tung Chau Street Park, said he had sued the government to seek justice and compensation after losing items such as his cash and travel documents.

He initially sought HK$3,760 in compensation, saying that he had intended to use it to buy necessities such as a mattress and quilt.

“The HK$100 can’t even buy me a mattress to sleep on,” said Chow, who joined fellow claimant Lau Ka-hei, 39, in submitting the petition.

Divorced with no children and homeless for more than 20 years, Chow said he lost his job a few years ago and was surviving on a monthly allowance of a few thousand dollars provided under the Comprehensive Social Security Assistance scheme. 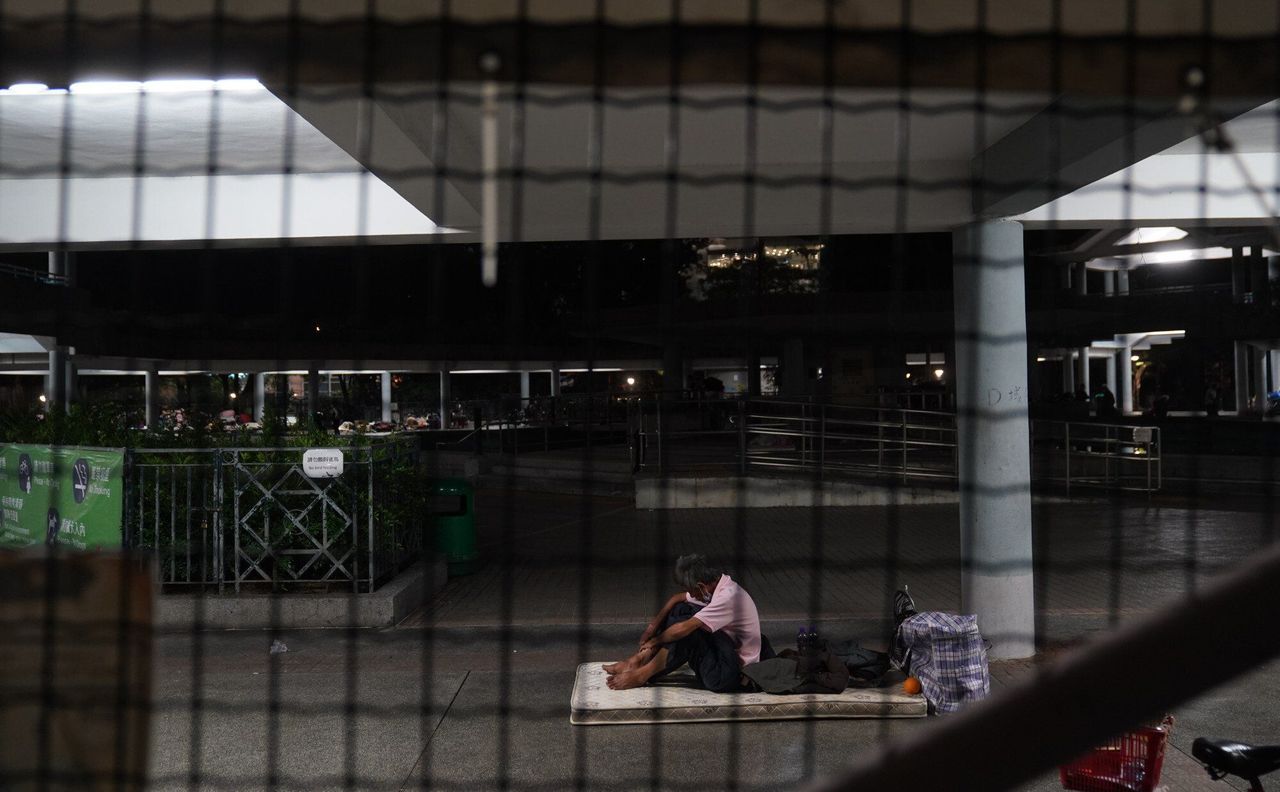 The Society for Community Organisation and the eight homeless men involved in last week’s lawsuit ruling have called for changes in government policy towards the destitute.

SoCO’s Ng said that homeless people found it difficult initiating lawsuits against the government, facing problems such as affording court expenses. Many were also reluctant to come forward because they were afraid of disgracing their families or suffering retaliation from authorities, he added.

The community organiser said the eight claimants had decided not to lodge an appeal for more compensation, with some of the group saying they were tired of the long process or concerned they would not live long enough to see it through.

Ng also accused authorities of failing to formally apologise to the affected homeless persons or respond to the case.

“No amount of money can buy the dignity of the homeless,” he said. “The government should change its attitude towards the homeless.”

A day after the ruling, Chief Executive Carrie Lam Cheng Yuet-ngor said that she attached great importance to supporting the homeless and called on government departments to fulfil their responsibilities to them.

But Ng urged authorities to adopt a homeless-friendly policy, such as learning from Taiwan, where each registered homeless person receives a government-labelled bag to store their personal belongings.

“We need policies in place to protect the homeless people and to follow when such cases happen,” he said.

In reply to inquiries from the Post, the Leisure and Cultural Services Department said on Monday it would not lodge an appeal against the ruling and would consider the court’s judgment when planning similar operations in the future.

Police also said they attached great importance to the rights and interests of disadvantaged groups and would continue to enhance the sensitivity and communication skills of their officers through training.