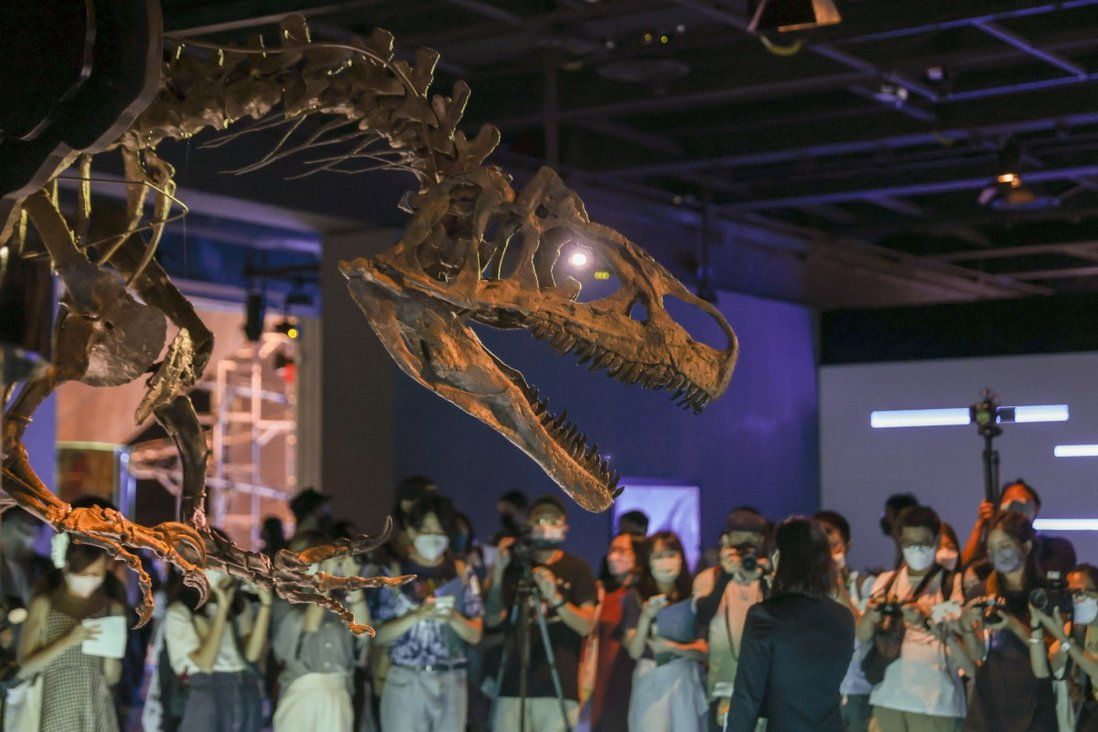 Eight original and reconstructed dinosaur fossils will be showcased at the Hong Kong Science Museum from Friday, while visitors also get an opportunity to touch a real 150-million-year-old dinosaur leg bone.

The four-month long showcase, dubbed “The Big Eight – Dinosaur Revelation”, is the largest dinosaur exhibition in the city and forms part of the celebration of the 25th anniversary of the handover from British to Chinese rule.

Visitors can check out the most complete skeletons of different dinosaur species, including an original skeleton of the herbivorous Diplodocus from the late Jurassic era from 150 million years ago, first discovered in Wyoming in the United States. 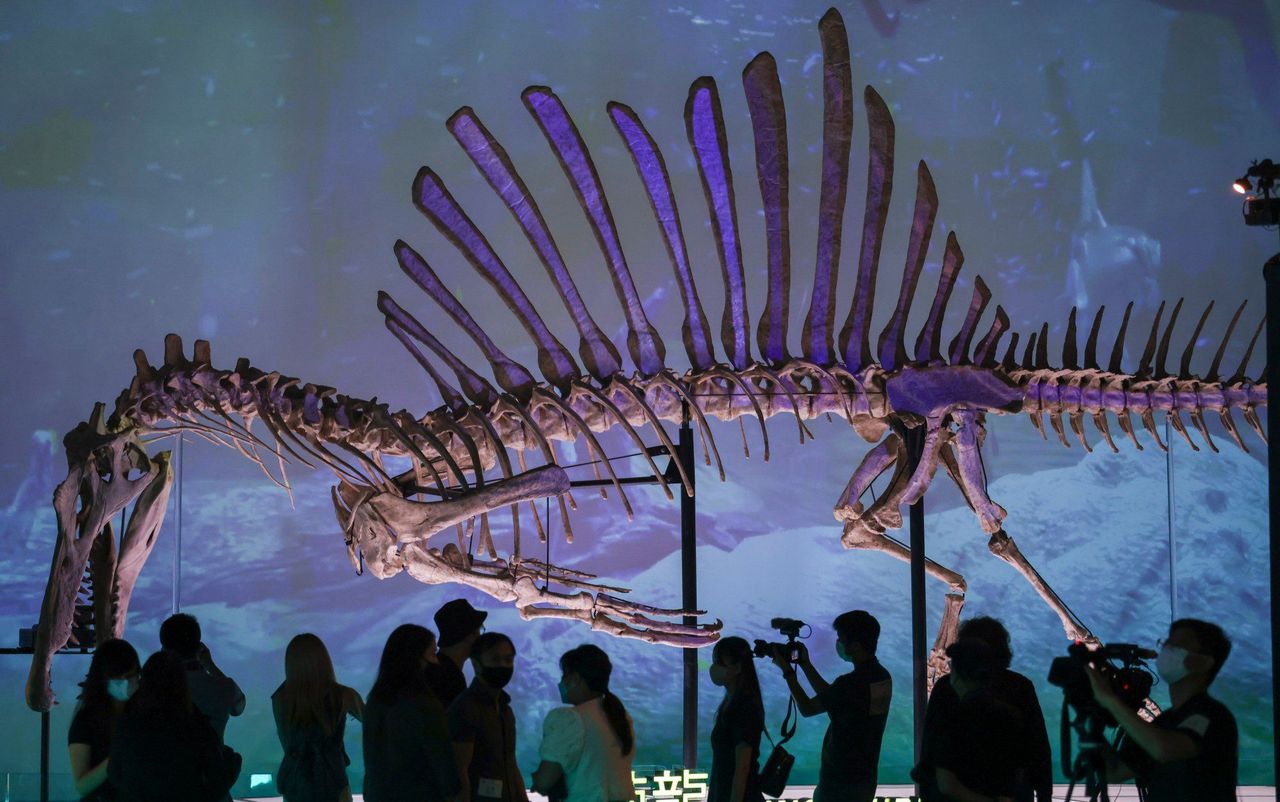 Visitors check out a replica of the Spinosaurus.

An Allosaurus known as “Big Al 2”, also discovered in Wyoming, will also be displayed and is the most complete skeleton form of the carnivorous species ever found. With a 99 per cent complete bone count, only the tip of its tail is missing.

Some fossils found in the rib cage of the predator, including a tooth of a lungfish and a small bone of a herbivorous dinosaur, are also showcased and may point to its last meal.

Original skeletons of the dinosaurs from the Late Jurassic and Cretaceous eras, including the Hesperosaurus, Triceratops, Tyrannosaurus and a baby Sauropod, are also on display, as are to-scale replicas of the Hatzegopteryx and Spinosaurus species.

Except for the Tyrannosaurus, the other seven fossil skeletons are on display in the city for the first time.

Visitors can also “gently touch” an authentic 150-million-year-old leg bone belonging to the sauropod family. The find, from Wyoming, is not part of the eight giant fossils on show.

The exact species the bone belonged to remained unclear, as museum director Paulina Chan said more studies and evidence were needed to pinpoint them.

“We want visitors to feel the fossil, that is very important for the museum’s educational role,” said Chan on Tuesday. 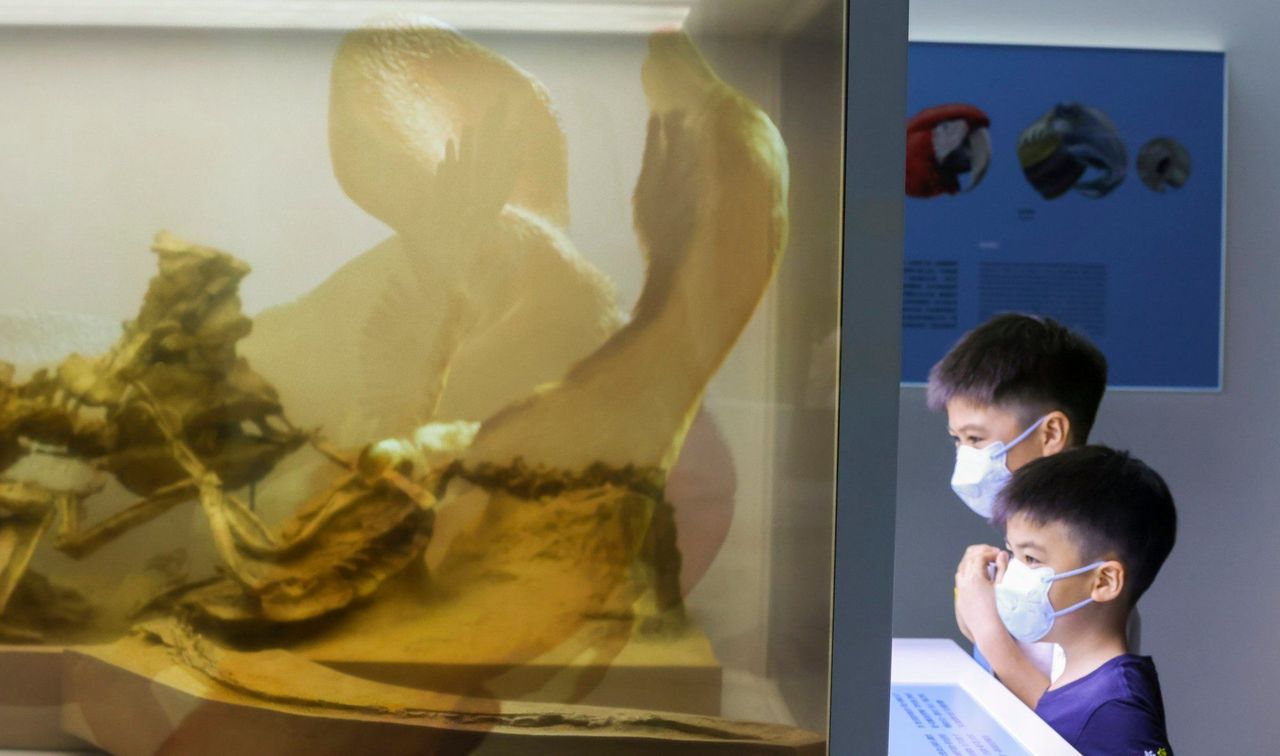 Visitors look at fossils at the Science Museum.

She said she was not worried about potential damage to the bone, as there would be ample security to make sure people were careful.

The bone structure was also “reinforced” with glue and other protective material prior to display, so gentle touching would not damage it, Chan added.

Chan said some of the biggest challenges to bring the showcase to life were height and space constraints. Each of the giant dinosaurs is about 4 metres (13 feet) tall and there was a need to find a suitable venue with higher ceilings and enough space.

The museum has also specially dedicated almost 22,000 sq ft of exhibition space to accommodate them.

“We needed to expand the area and dismantle some permanent exhibitions to accommodate the eight large pieces,” she said. 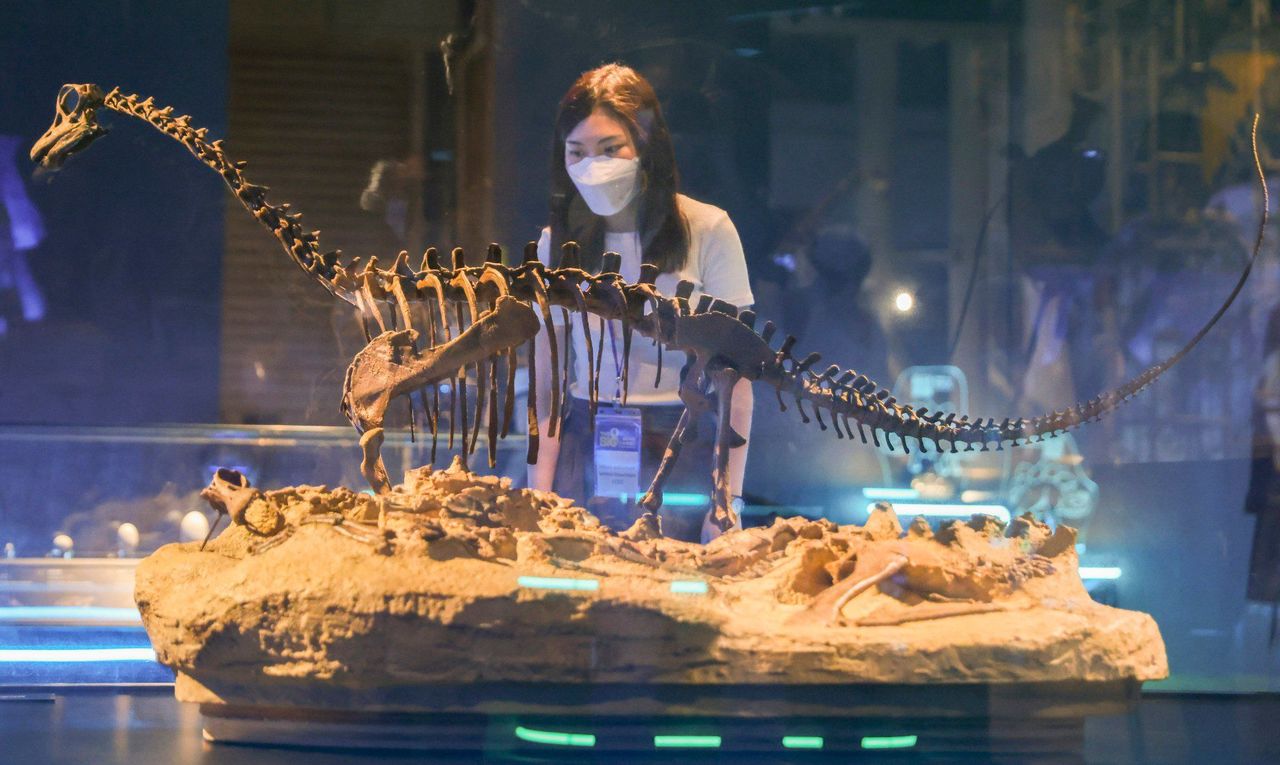 A well-preserved baby sauropod on display at the Hong Kong Science Museum.

Planning the project took over a year, while installation of the fossils took up to three weeks, she added.

The exhibits come from museums and academic organisations in Germany, Switzerland, Italy, the Netherlands, Romania and Morocco.

The museum previously had dinosaur exhibits, but they only displayed smaller body parts such as bone fragments and teeth, she said. 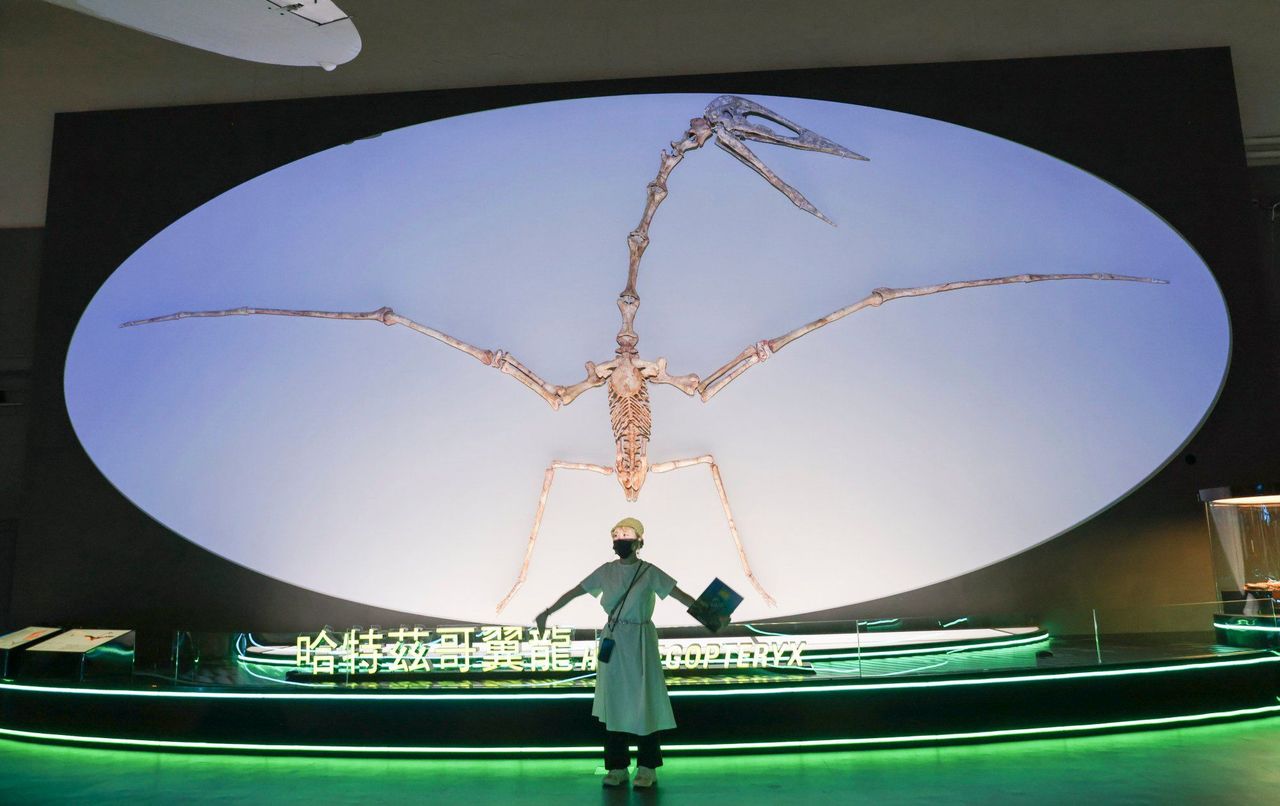 A visitor looks at the to-scale replica of the Hatzegopteryx.

The science exhibition is funded by the Hong Kong Jockey Club in collaboration with the Leisure and Cultural Services Department and the First Initiative Foundation.

It will run from this Friday to November 16, 2022. Admission is free but reservations need to be made up to seven days in advance through an e-booking system, which will launch at midnight on Wednesday.