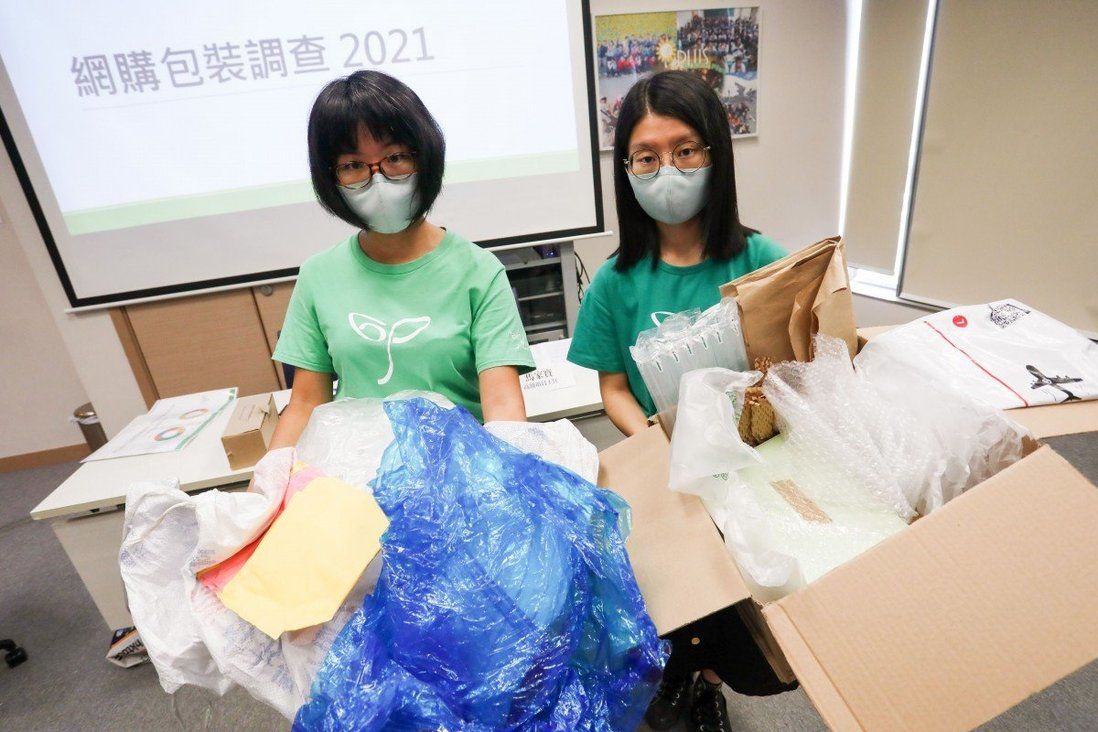 Local group Green Sense surveyed 10 parcel collection stations and found that an average of 2.32 pieces of packaging were used for each product.

An estimated 780 million pieces of plastic packaging were used for goods bought online in Hong Kong last year as more consumers shopped from home amid the coronavirus pandemic, according to a green group which called for regulations to deal with the problem.

Local group Green Sense found that an average of 2.32 pieces of packaging were used for each product, but just 35 per cent of respondents to a survey said unnecessary wrapping was an issue, 16 percentage points less than last year.

The group conducted packaging counts at 10 parcel collection stations operated by SF Express, one of the largest couriers in Hong Kong, 17 times in May and June this year. It also collected 209 online questionnaires on internet shopping habits and the use of packaging. 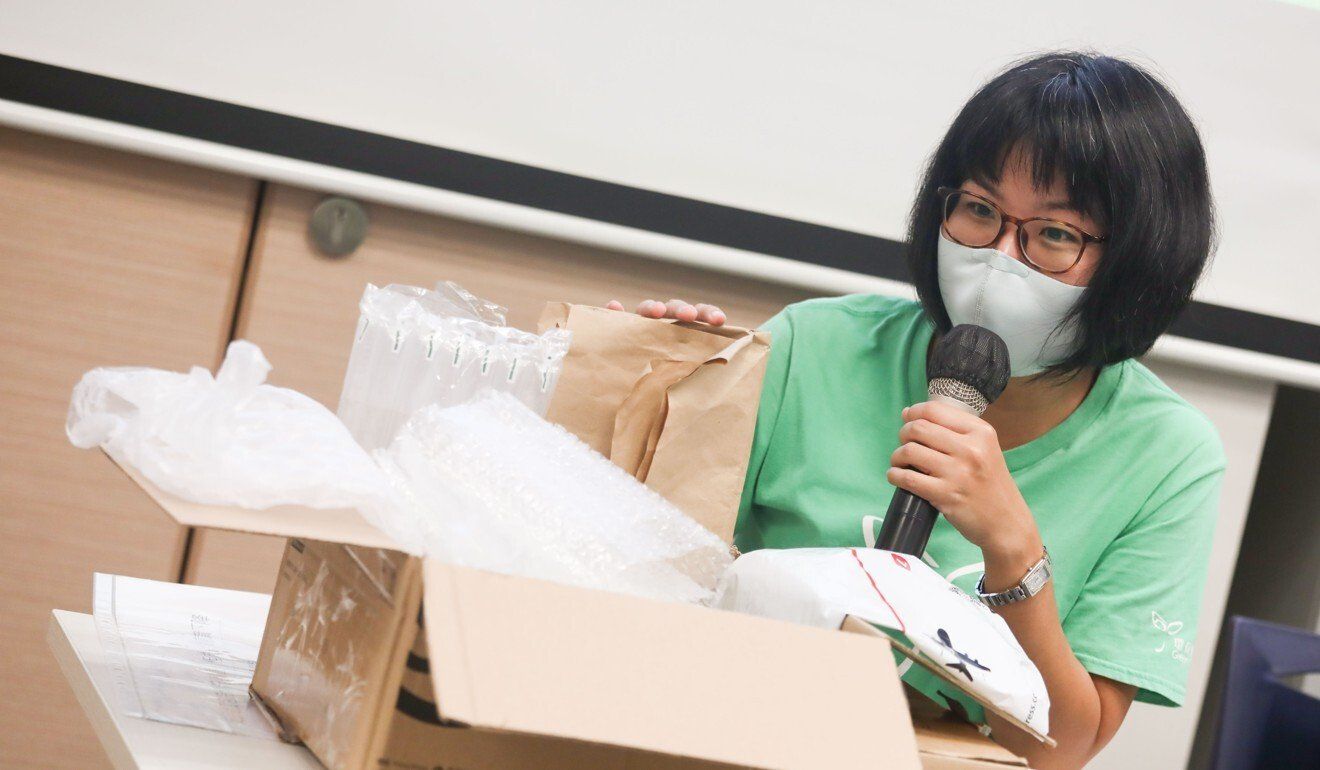 Green Sense’s Gabrielle Ho says delivery companies may have used too much wrapping on goods.

Official data showed 2,672,300 people used online shopping services in 2020, 20.3 per cent more than in 2018. Figures are not available for 2019. Based on the government figures, the group estimated about 780 million packaging pieces were used for such purchases last year.

The amount of online sales in the first half of 2021 surged 54.9 per cent compared with the same period last year, while customers racked up HK$2.3 billion (US$295.3 million) in online retail sales in June, a 63.8 per cent year-on-year increase.

The group’s study also found that on average 2.71 types of packing materials were used in each shopping order. Green Sense said the public might simply throw away most of the wrappings without knowing what to recycle.

But she warned that people were already “numb” about excessive packaging, citing one respondent who said “it is what it is and nothing can be done to change the situation”.

Senior project manager Gabrielle Ho Ka-po said delivery companies wrapped goods in such a way as to prevent damage but they might be too protective.

The green group said online shops and delivery companies were both responsible for cutting wrapping, for example, by using boxes with zips and reusing packaging collected from customers.

They also suggested the government issue guidelines and enact laws to regulate packaging for online purchases, while the public could visit shops that implemented greener measures.

It said it had also been replacing carton boxes and paper bags with reusable plastic containers and used packing materials of different sizes to avoid oversized packaging as well as recycling and reusing waste generated by its fulfilment centres since 2017.

“We are in the process of sourcing eco-friendly packing materials, which would be biodegradable and reviewing our packing guidelines to our merchants,” its spokesman said. “The new measures are expected to be in place in the coming months.”

SF Express said it had internal guidelines to ensure the safe delivery of shipments and reduce unnecessary packaging materials.

“The company has also progressively used recyclable packaging materials and switched to electronic waybills for all its shipments,” its spokesman said.

But Ma said the internal guidelines might not be useful. “We noticed that while there may be guidelines for staff, they may not be environmentally friendly. Staff may wrap products based on their own experiences instead of the guidelines,” she noted.

The Environmental Protection Department said it had been discussing with the retail sector and other stakeholders to explore and implement practical measures.

“We have also commissioned the Council for Sustainable Development to engage the public in the discussions on how to regulate disposable plastics, the scope, priorities and timeline,” it said, adding that preparation was under way and details would be announced in due course.