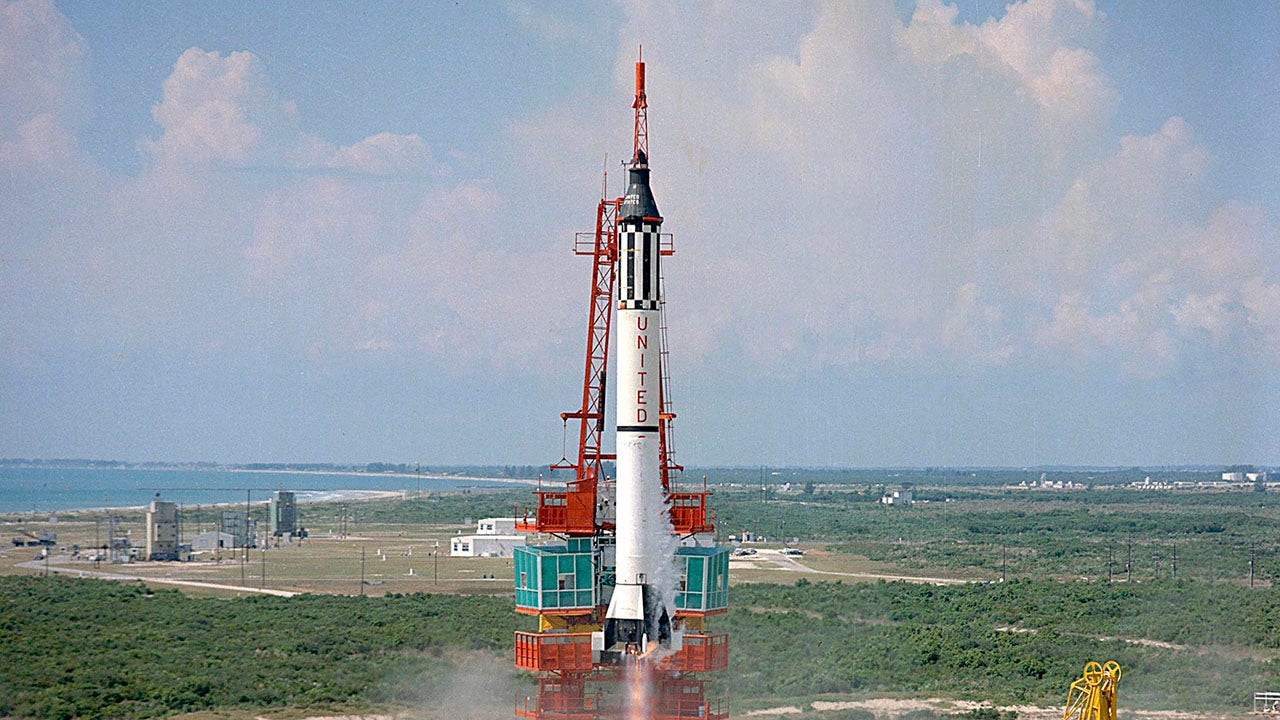 Sixty years to the day that NASA astronaut Alan Shepard became the first American in space aboard the Freedom 7 rocket, U.S. business leaders are continuing to help the country make major strides in space exploration.

Since Shepard's 15-minute, 116-mile May 5, 1961 flight – on the heels of Soviet cosmonaut Yuri Gagarin's flight – the U.S. has landed humans on the moon and sent more than 150 NASA astronauts to the International Space Station (ISS) for important scientific research.

In addition, The Associated Press reported Wednesday that 579 people have entered space, with nearly two-thirds of the crew members American.

Spaceflight has dramatically changed over the past few decades, with the introduction of "space tourism." 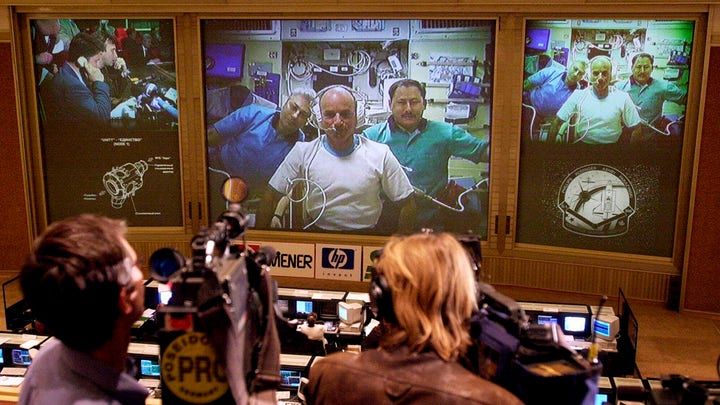 In this Friday, May 4, 2001 file photo, reporters and officials at the Mission Control Center in Korolev, Russia, outside Moscow, watch U.S. space tourist, Californian businessman Dennis Tito speaking from inside the International Space Station. Russ

SpaceX founder Musk said after the successful launch of the company's Crew-2 mission last month that he believes the world is at the dawn of a new space exploration era and looks forward to attempting to make humanity a "spacefaring civilization and a multiplanet species one day."

Japanese billionaire Yusaku Maezawa and eight dearMoon contest winners are slated to launch onboard the SpaceX Starship for the trip of a lifetime in 2023.

NASA recently awarded Musk and the Starship – which is set for another test flight in Boca Chica, Texas on Wednesday afternoon – with the highly coveted $2.89 billion contract for the agency's ambitious Human Landing System (HLS) program that will land Artemis program astronauts on the moon in 2024. 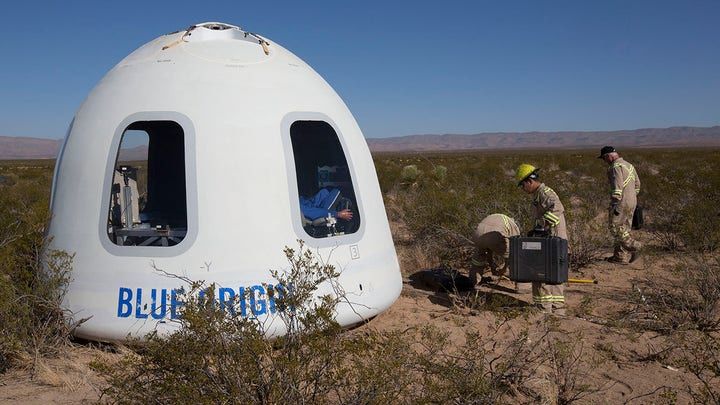 FILE - This Tuesday, Dec. 12, 2017 photo provided by Blue Origin shows the New Shepard Crew Capsule 2.0 after landing in west Texas during a test. Named after the first American in space, Alan Shepard, the spacecraft made a 10-minute suborbital fligh

Musk is not the only one with skin in the game.

Bezos' Blue Origin – which filed a protest regarding NASA's decision on the HLS contract -- said Wednesday it would auction off a seat for the company's first crew spaceflight aboard the rocket New Shepard.

That flight is targeted for the anniversary of the July 20 Apollo 11 moon landing. 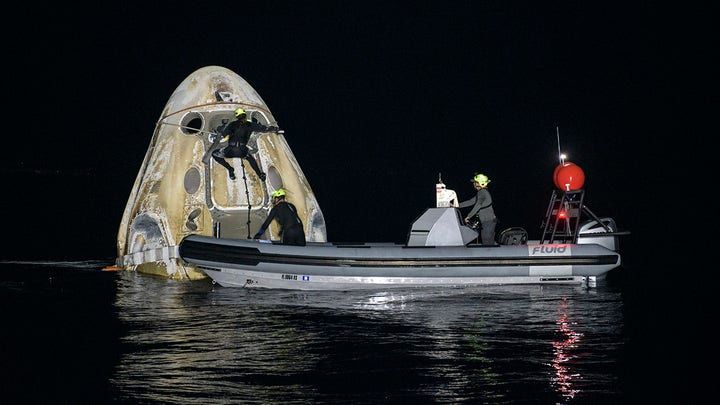 On Sunday, NASA's human spaceflight chief, Kathy Lueders, told reporters that goal is "one day that everyone’s a space person."

SpaceX's Crew-1 mission astronauts had successfully splashed down in waters off the Florida coast – successfully completing the company's first full-fledged crewed mission to the ISS.

"We’re very excited to see it starting to take off," she added.