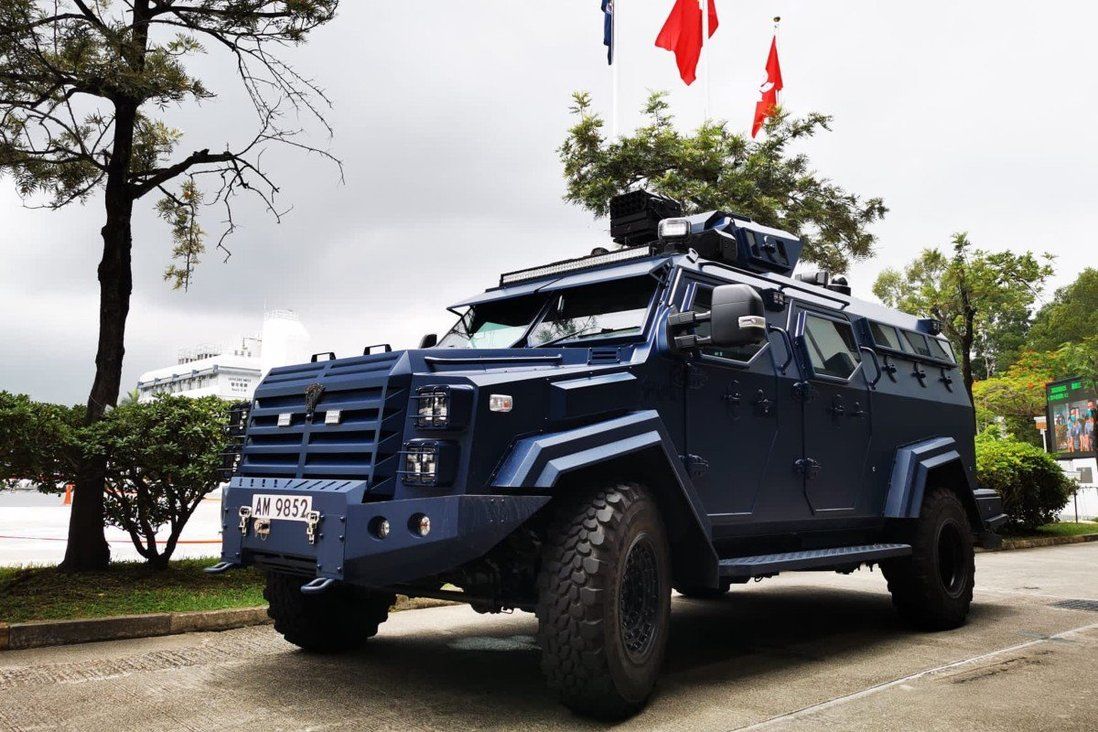 Dubbed ‘Saber-toothed tigers’ and manufactured in mainland China, new vehicles will replace existing three armoured trucks that have been in service since 2009
Six new anti-riot armoured vehicles from mainland China are set to hit the roads in Hong Kong next month ahead of the 25th anniversary of the city’s return to Chinese rule on July 1.

The bullet-and-explosion-proof model, dubbed “Saber-toothed tiger”, is used by mainland police. The six new vehicles would replace the existing three armoured trucks that had been in service since 2009, police said on Wednesday, adding they had been planning for the procurement since 2018.

The current three Mercedes-Benz Unimog U5000 armoured trucks were often deployed to handle violent clashes during the anti-government protests in 2019.
#Mercedes
Add Comment