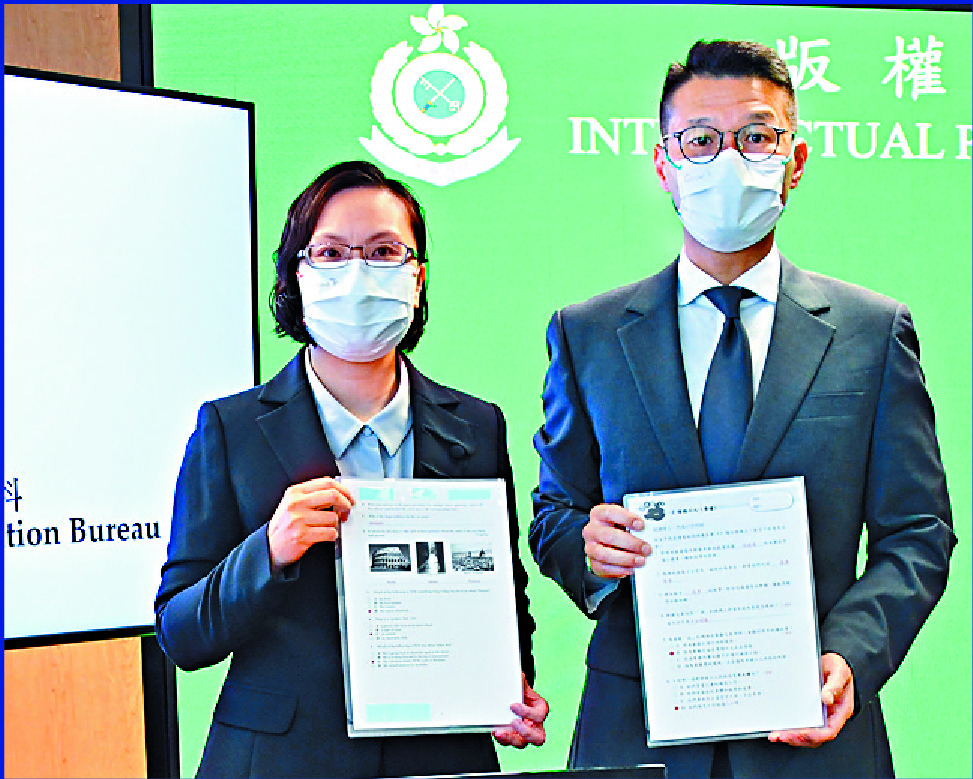 Customs have made their largest seizure of pirated electronic files, with over 59,000 containing infringing question banks for primary schools, intended to be sold online.
Five suspects, including two tutors, were arrested in an operation on Thursday. The electronic question banks, which had been provided to 500 primary schools by textbook publishers, were intended to be sold at HK$100 to HK$600 per copy.

"Each publisher prepares around 10,000 such question banks along with suggested answers covering each subject for the teacher's reference, with primary schools paying the required fee each year," customs said.

The suspects were arrested for violating the copyright ordinance, which is punishable by a maximum penalty of four years' imprisonment and a HK$50,000 fine per infringement.

The five were arrested on Thursday and have been released on bail pending investigation as of last night.

"Following an in-depth investigation and with assistance from the copyright owners, we deployed an operation on April 8."

"The suspects capitalized on parents who hold high expectations of their children's schoolwork, using slogans such as 'seize the time' and 'go after good grades'' to solicit buyers," he said.

"The suspects instructed these parents to deposit money at a range between HK$100 to HK$600 to their bank or electronic payment accounts, before providing hyperlinks for downloading the question banks," he said.

He believed that the suspects worked individually rather than as part of a syndicate.
Add Comment