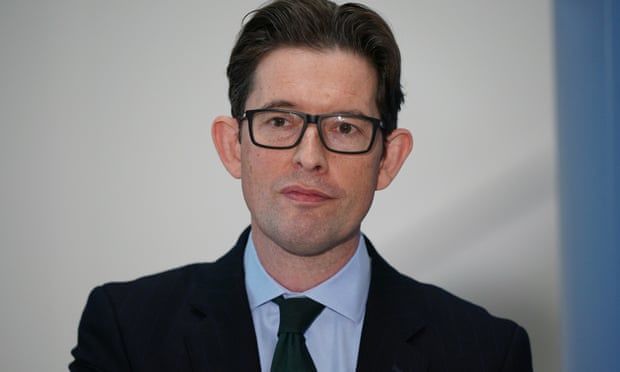 MI5 chief says Chinese communist party targeting intellectual property across west
Fifty Chinese students have left the UK in the past three years after Britain tightened its procedures to prevent the theft of sensitive academic research, the head of MI5 said in a speech about the espionage threat posed by Beijing.

Ken McCallum, the director general of the spy agency, also said that MI5 had “more than doubled” its effort against Chinese activity over the same timeframe, as part of an unprecedented joint warning with his counterpart at the FBI.

The British spy chief said the “most gamechanging challenge” MI5 faced came from an “increasingly authoritarian Chinese Communist party” that was heavily targeting industrial secrets and intellectual property across the west.

A particular focus on Chinese state activity was western universities, McCallum said, and after a reform of the Academic Technology Approval Scheme (ATAS), “over 50” students linked to the People’s Liberation Army had left the UK.

The scheme, run by the British government, applies to international students from China and other countries subject to immigration control, who want to engage in research on military technology or other subjects deemed to be sensitive.

The spy chief did not provide further details about the Chinese students who had left, a fraction of the 150,000 that study in the UK, but it formed part of a wider warning about Beijing’s espionage activities aimed primarily at universities, military and hi-tech businesses and related organisations.

McCallum was standing alongside Christopher Wray, the director of the US FBI, who warned that “we consistently see that it is the Chinese government that poses the biggest long-term threat to our economic and national security”.

It was a threat that was “more serious” than “even many sophisticated businesspeople realise,” Wray said. The US agency was opening one China related investigation every 12 hours, a level of activity that had increased by 1,300% over the past seven years, the FBI chief added.

The MI5 chief said the agency was running “seven times” as many China-related investigations as it was in 2018 – reflecting both a growing threat and an increased focus on hostile activity from Beijing. McCallum said MI5 expected to double its China-related activities over the next three years.

Western spy agencies have been rapidly switching their focus from Islamist terrorism since the death of Islamic State leader Abu Bakr al-Baghdadi in 2019 to hostile state activity, primarily from both China and Russia.

Although the invasion of Ukraine has emphasised the security threat posed by Russia, US and UK agencies want to remain focused on Beijing. “The Chinese government is set on stealing your technology … and using it to undercut your business and dominate your market,” Wray said.

McCallum added that China’s “scale of ambition is huge” and that Beijing was focused on “areas of core technology where it would otherwise be impossible for China to catch up with the west by 2050”. Artificial intelligence was a particular area of interest to China, the head of the domestic spy agency added.

China’s efforts to interfere with political processes in the west were not as extensive as its economic efforts, the spy chiefs said. But McCallum said there were “growing indicators” of attempts at political interference in the UK – referring to the case of Christine Lee, who MI5 says sought to improperly influence MPs and peers on behalf of the communist party.
Add Comment