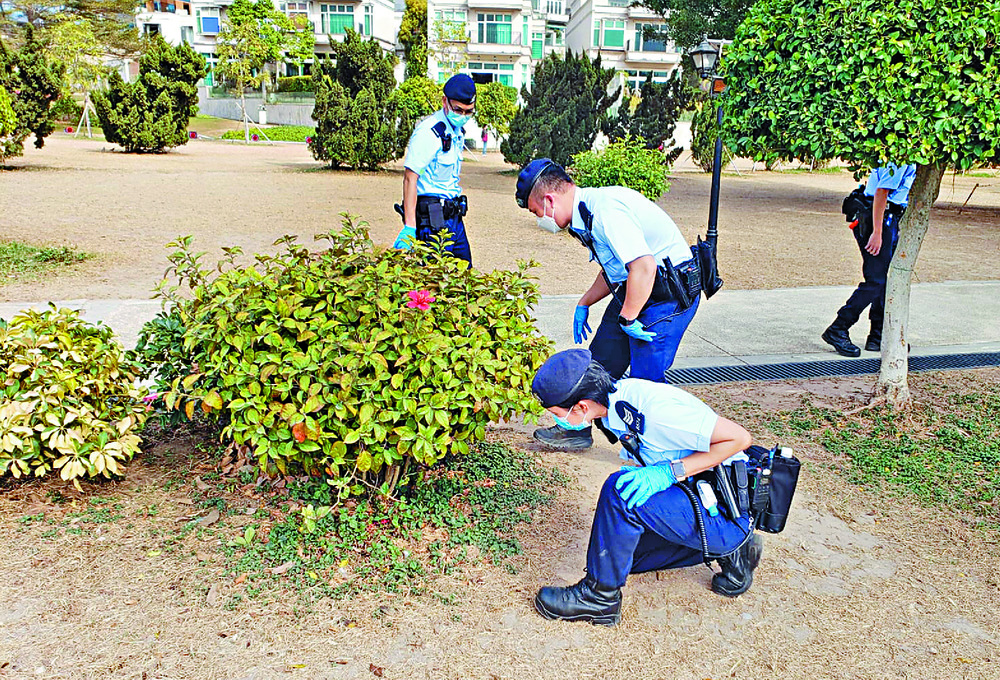 Dog lovers have donated at least HK$420,000 to a reward being offered to find a dog poisoner in Cyberport - more than four times the original HK$100,000 eight days ago, according to the Society for the Prevention of Cruelty to Animals.
At least nine dogs have died and six injured from the suspected bait of luncheon meat stuffed with a toxin that has yet to be identified.

In a Facebook post on Tuesday, the SPCA said the reward has so far amounted to HK$422,000.

"The reward will be paid, either in full or pro-rata, to the informant, or apportioned among several informants," it said as it appealed to citizens with information to contact its hotline 2711 1000.

"If the investigation or prosecution procedures for the aforesaid case cannot be continued within the legal time bar, part of the reward, according to the will of the sponsors, shall apply to the next dog poisoning case that happens on Hong Kong Island and so on."

Concerns about a serial dog poisoner sparked after a 47-year-old Indian woman filed a report with the police earlier this month when her three-year-old labrador retriever died at home shortly after a walk at the Cyberport Waterfront Park.

Lawren Babek, a vet at the Veterinary Specialty Hospital, said the type of poison used in the attack remains unclear, but it is "extremely strong" and poisoned dogs would start showing symptoms within a short period.

"Most dogs that survived were the ones to have vomited out the toxin pretty soon after ingesting [it]," Babek said.

Babek suggested dog owners keep their dogs on a leash at all times and make sure their pets don't eat anything outside of what owners give them.

Southern district councilor Paul Zimmerman, who had a meeting with the police and the Cyberport management last week, said that Cyberport has installed additional temporary CCTVs, increased the number of security guards on duty and improved cleansing frequency.
#Facebook
Add Comment