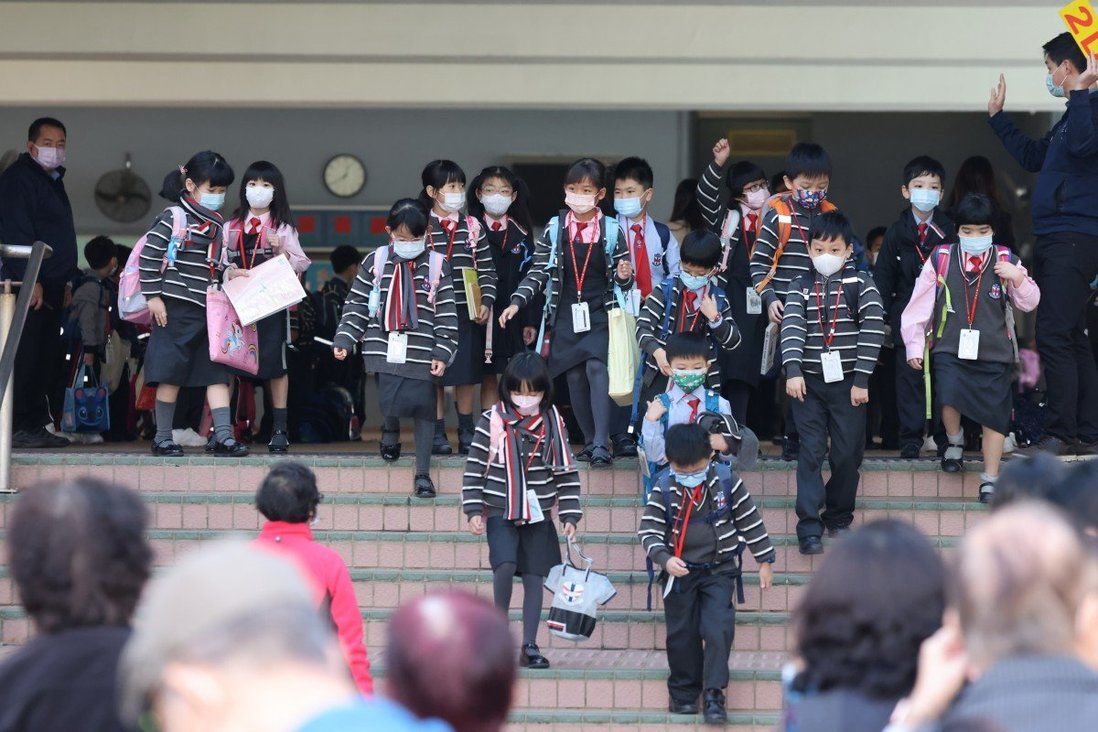 About 440 kindergartens, comprising 300 subsidised schools and 140 non-subsidised ones, applied for tuition increase in 2022-23 school year.

The number of Hong Kong kindergartens that have applied to raise tuition fees has nearly doubled, despite educators warning of the risks of closure due to challenges brought on by the Covid-19 pandemic, an emigration wave and a falling birth rate.

Authorities on Tuesday said about 440 kindergartens, comprising 300 subsidised schools and 140 non-subsidised ones, had applied for a tuition increase in the 2022-23 school year. This amounts to about 42 per cent of all preschools.

Meanwhile, about 540 preschools said their fees would remain the same and four requested to reduce their charges this year.

Separately, 38 primary and secondary schools under a direct subsidy scheme have asked to adjust their tuition fees as of last Monday.

The 440 applications from the kindergartens were more than the 250 in the last school year, of which only 88 were approved by education authorities.

Before the pandemic, 700 kindergartens applied to raise their fees for the 2019-20 school year, of which 278 were approved.

The Education Bureau said in a statement that the proposed tuition fees were being reviewed, and applications would be processed in accordance with established procedures.

“The Education Bureau has maintained a close relationship with the kindergarten sector to understand their situation and needs and provide appropriate support to minimise their financial difficulties due to the impact of the epidemic,” a government spokesperson said, adding that the bureau had launched supplemental subsidies to support the schools in their anti-epidemic efforts.

Educators in the city have warned of the effects of a “triple whammy” including a years-long decline in the rate of births, increased emigration and the Covid-19 pandemic. At least eight kindergartens closed before the end of the school term this year, including one that has merged with another.

Hong Kong also recorded a net population outflow of 89,200 residents in 2021, while its annual birth rate is expected to hit a 24-year low this year.

The Education Bureau has projected that the number of three-year-olds would decrease to about 42,700 in 2031, compared with 51,500 this year.

“I think most kindergartens would raise their fees by 5 per cent because anything more than that will require extra approval,” said Nancy Lam Chui-ling, a kindergarten principal and the vice-chairwoman of the Hong Kong Federation of Education Workers. “Many schoolchildren dropped out because of the abrupt class suspension.”

“Many schools cut classes due to falling enrolment, and laid off many teaching staff. I doubt the closures will stop soon, but more schools might fold in September,” she added.

Dion Chen, chairman of the Direct Subsidy Scheme Schools Council, said: “We have no choice but to adjust the schooling fees, albeit reluctantly.”

The adjustments had to be made, he explained, because the increase in government subsidies was not on par with the rising operation costs this year.

“Last year, there was a 9.61 per cent increase in subsidies for form one to form three students, and 4.74 per cent rise for form four to form six students,” he added. “But this year, it increased by only 0.38 per cent and 0.52 per cent.”