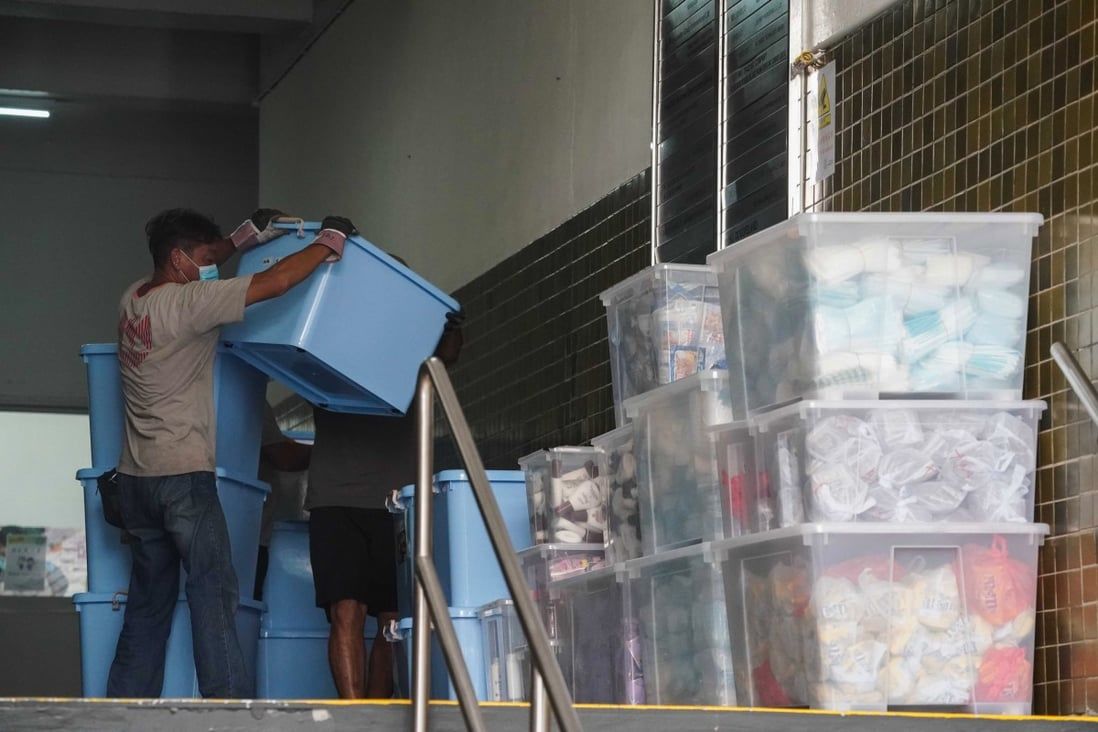 District Court judge hand-picked by the city’s leader to adjudicate national security proceedings on Saturday imposed penalties on the quartet from Student Politicism.

Four members of a now-defunct student activist group advocating Hong Kong independence and a “struggle” against authorities have been sentenced to up to three years in jail or detention at a correctional facility under the national security law.

A District Court judge hand-picked by the city’s leader to adjudicate national security proceedings on Saturday imposed penalties on the quartet from Student Politicism, after ruling their case was not so serious as to warrant lengthy sentences.

Group convenor Wong Yat-chin and secretary Chan Chi-sum, both 21, were jailed for 36 and 34 months, respectively.

Another spokeswoman, Alice Wong Yuen-lam, 20, will spend up to three years at a training centre, which focuses on vocational development. The usual period of detention in such a facility is 1½ years, which can rise to three years at the discretion of the prison service.

In an earlier court session in July, the four accused pleaded guilty to a joint count of conspiracy to incite subversion for making numerous offensive statements at seven street booths between October 2020 and June last year.

A common theme of their speeches was to “invite” the audience to join the “struggle” against those in power with a view to establishing an independent state, the court heard, while others targeted the government’s adoption of the “Leave Home Safe” Covid-19 risk-exposure app.

Defence lawyers said in mitigation the four were not persistent offenders, as they had refrained from making further speeches in public after the lines were drawn following the conclusion of the first national security law trial in July 2021.

Judge Kwok Wai-kin rejected that argument on Saturday, saying the four had deliberately flouted the Beijing-decreed legislation by advocating the establishment of a Hong Kong nation and inciting participants of the 2019 anti-government protests to take to the streets again.

He also dismissed the notion the four were merely trying to arouse the public’s interest in current affairs, noting they had seized on a variety of topics looking to put authorities in a bad light.

“The easiest way to incite others to topple state power is to discredit the regime, and make people feel that the government practises tyrannical rule and that overthrowing it is the only way out,” Kwok said.

But the judge found the present case was less deplorable than a previous one of inciting secession, where the defendant chanted independence slogans in public on 19 separate occasions and used social media to further his illegal agenda.

He agreed the four defendants deserved less than five years in jail, the point dividing what was serious and what was not for the present offence.

Chu asked the court to sentence her to jail after learning that mandatory vocational programmes in a training centre, for which she was eligible, would hinder her pursuit of a degree at Baptist University while behind bars.

Kwok granted that request in light of her commendable achievements in school and considerable leeway given by the university for her to continue her academic pursuits despite serving time.

The university’s national security curriculum could also help Chu realise Hong Kong was not a Chinese colony, contrary to what she and her friends had asserted, and that the so-called Hong Kong nation was but a lie, the judge added.

The other three were also remotely attending university courses, the court heard.

Conspiracy to incite subversion is punishable by up to seven years in jail at the District Court. The security law, adopted after the months-long protests in 2019, also criminalises secession, terrorism and collusion with foreign forces.