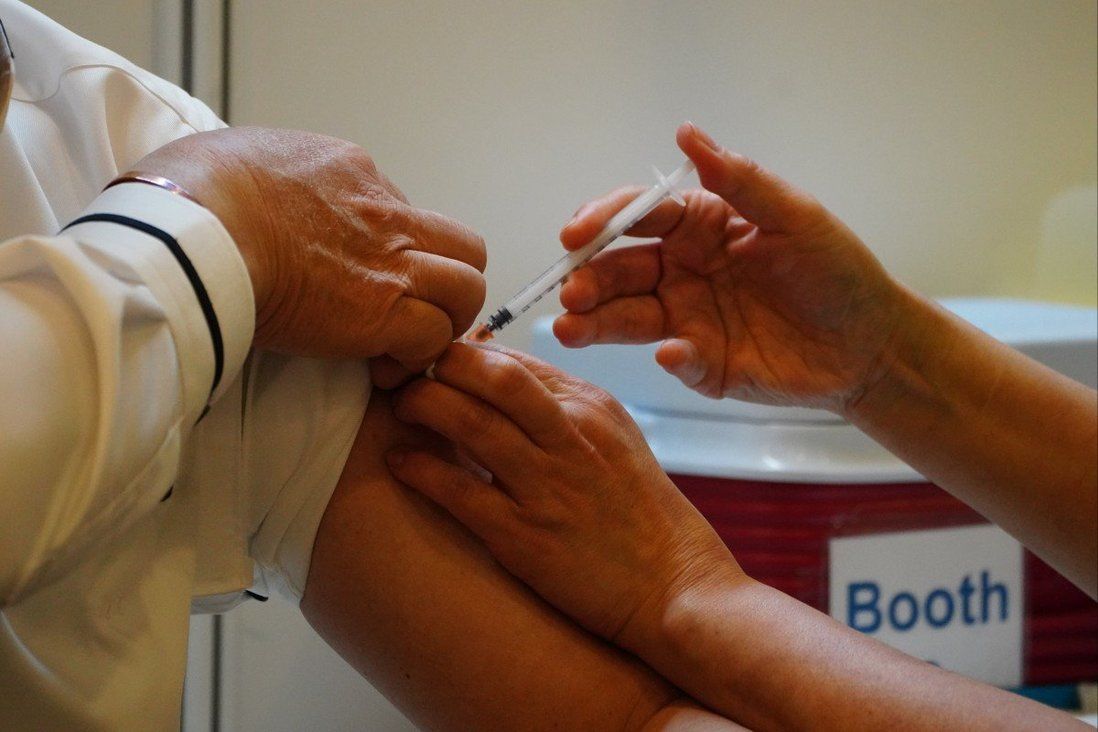 Three people have received a total of HK$450,000 (US$58,000) from Hong Kong’s Covid-19 vaccination indemnity fund, health authorities revealed on Wednesday, marking the first time in more than three months of the mass inoculation drive that compensation has been paid to those who suffered side effects.

With more than 3 million doses of vaccines having been administered since February, the Food and Health Bureau said it had received 74 applications for compensation as of June 10 – 58 of which were still being processed.

“The principles of severity assessment include fairness to applicants, prudent use of public funding, transparency to the public, and based on medical science,” the bureau said in a statement.

“Severity of individual cases is subject to case-by-case assessment according to their circumstances.”

Up to Sunday, 3,605 people in total had reported an adverse reaction to their jabs, amounting to 0.12 per cent of all vaccination recipients. Only 1.2 million people, or 16.3 per cent of the population, were fully vaccinated as of Wednesday.

The compensation figures were revealed as authorities confirmed just one imported case – from Sri Lanka – bringing the city’s official tally to 11,881, with 210 related deaths.

So far 21 deaths have been recorded involving people who received a Covid-19 shot two weeks before they died, but no connection has been made with the vaccination, according to health authorities.

Compensation from the government’s HK$1 billion indemnity fund was paid to one patient who suffered a potentially life-threatening allergic reaction, a second who had to be hospitalised, and a third who experienced temporary facial paralysis, a condition known as Bell’s palsy.

All but three of the 74 claims were injury-related. Compensation was not paid on one claim because the severity of the injury was ruled to be not high enough, while 11 cases were determined to be unrelated to vaccination or there was not enough information to be treated as related.

The majority, 56 claims, were still being processed, for reasons such as incomplete information, or awaiting assessment by medical professionals. 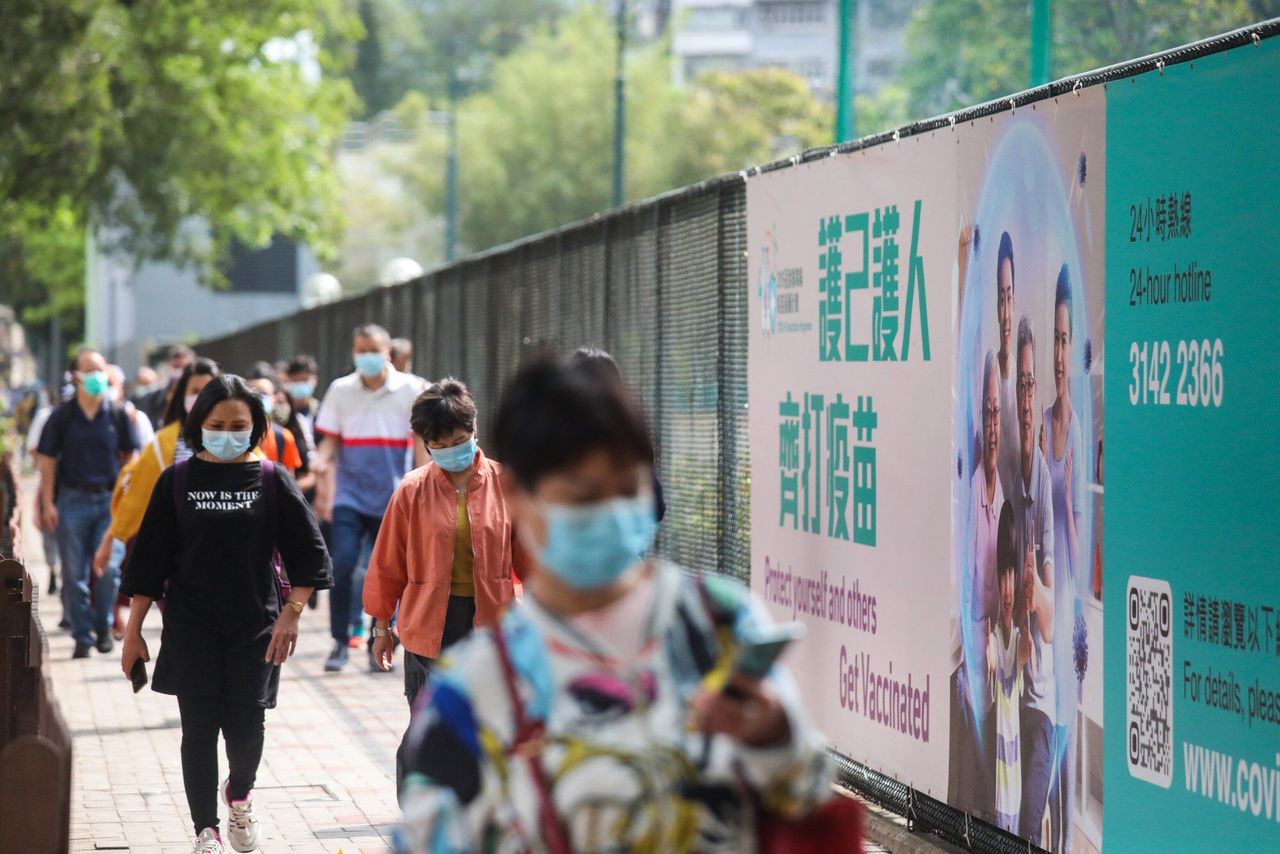 The jabs drive started in February.

Of the three death claims, two were being processed while one was rejected because of a lack of an official vaccination record.

Family members of fatal cases could receive up to HK$2.5 million if the patient is below the age of 40, or a maximum of HK$2 million for those aged 40 or above.

To be eligible for compensation, a registered practitioner must certify all serious adverse events. Another condition is the expert committee monitoring side effects of vaccines cannot rule out that the event is not related to the jab.

“It is particularly difficult to assess a compensation amount given Covid-19 vaccines are a new technology with no precedents to follow,” he said. “Hong Kong’s public hospitals charge a low, subsidised fee, so the medical cost to those patients would not be great.”

The doctor noted the fund was the first time the government had established a mechanism for adverse reaction compensation following vaccinations, adding the small number of such patients and the payout must not send a wrong message to the public that Covid-19 jabs were unsafe.

Tim Pang Hung-cheong, a patients’ rights campaigner from the Society for Community Organisation, also supported the payout, but said the amount should have been higher to reflect the loss of income and work ability caused by the side effects.

He also said the government should publish in detail the reasons for approving or rejecting each claim, to give confidence to those thinking of getting a jab. 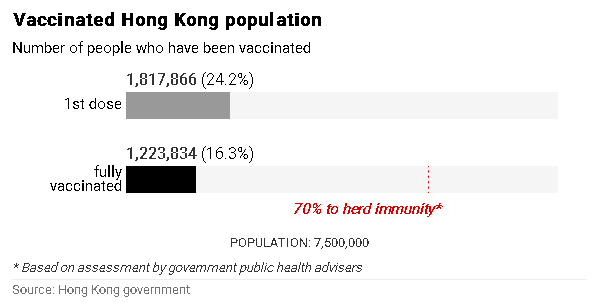 Pang also said the development showed the importance of pre-vaccination check-ups so potential adverse events could be avoided, adding that the government should provide subsidies for them especially to low-income residents.

As the city’s BioNTech vaccination roll-out for the 12-15 age group entered its third day, official figures showed 2,381 children in that category received their first dose on Monday and Tuesday, about 1 per cent of the 240,000 residents newly eligible.

Leung said the figure could have been affected by schools’ end-of-term exams, and expressed hope for a gradual rise in take-up numbers after group and on-campus inoculations opened later this month.

Meanwhile, health authorities were continuing to investigate the origin of a 17-year-old girl’s infection with the Alpha variant, first confirmed on June 5, including looking into virus traces found on a frozen package of crocodile meat in her home.

The Centre for Food Safety (CFS) on Wednesday said it had taken 103 samples from crocodile products, comprising 41 swabs from food and 62 from packaging, at warehouses and retail outlets of the relevant vendor but all tested negative for the coronavirus.

Based on the results, the CFS said, the sample from the packaging found at the schoolgirl’s home was “more likely to have been contaminated at the residence of the confirmed patient” and allowed the vendor to resume sales of the product.