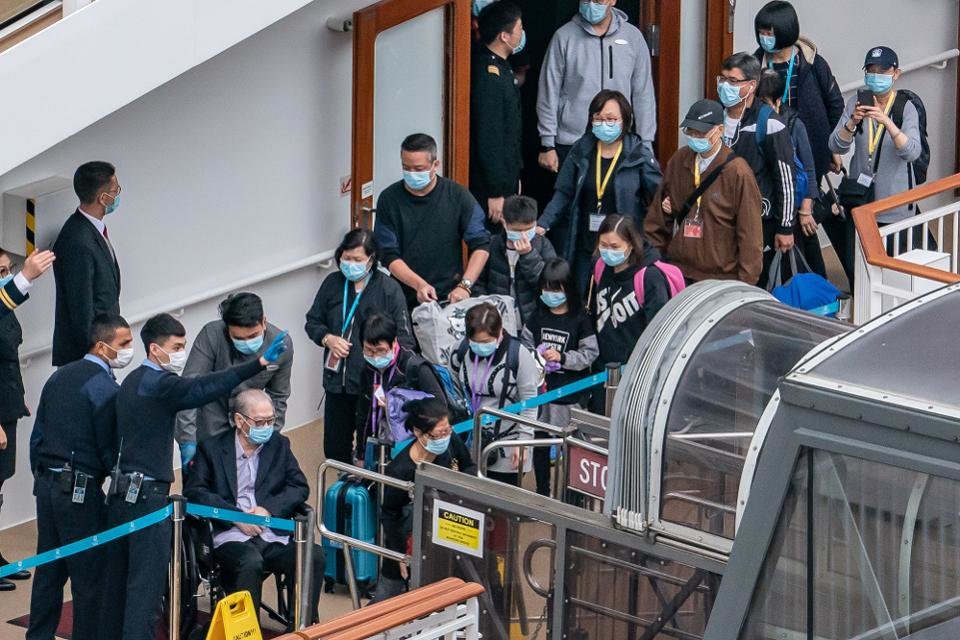 Thousands of crew members and passengers on Sunday were allowed to disembark from a cruise ship that had been under a four-day quarantine in Hong Kong over the coronavirus outbreak, health officials said.

Key background: Chinese officials have locked down cities and public transit in China’s Hubei province, international airlines have suspended flights, multinational businesses are adjusting their supply chains and countries have instituted travel bans to and from China as the coronavirus continues to spread.

News peg: On Sunday, the death toll from the virus surpassed that of the SARS epidemic, which devastated China in 2002-3. There have been 812 deaths and 37,251 confirmed cases of the virus so far, according to the World Health Organization. All but two of the deaths—one in the Philippines and the other in Hong Kong—were in mainland China.