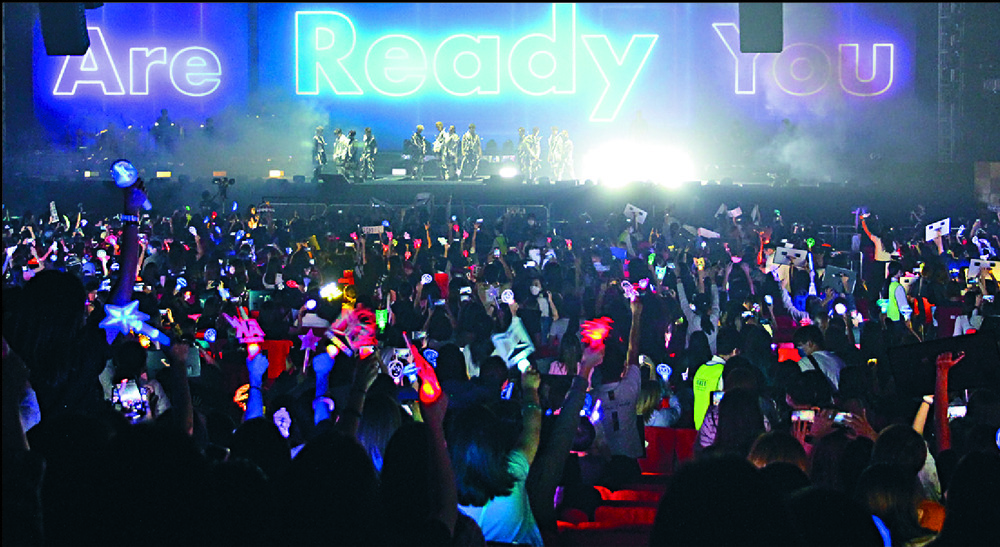 Tickets for local boy band Mirror's concert sold for 10 times higher than their original price, with scalpers asking for as much as HK$230,000 per ticket for their last show tonight.
Star Hall at the Kowloonbay International Trade & Exhibition Centre has been flooded with fans since Thursday, as the 12-strong band is holding its second concert, which comprises six shows, there after their first concert in 2018.

Tickets for their last show tonight were sold out at official ticketing channel HK Ticketing.

There were few tickets available on other online ticketing platforms yesterday, but they were priced 10 times higher than the original prices of between HK$380 and HK$1,280.

On one of the online ticketing platforms, Viagogo, the cheapest ticket were priced between HK$6,027 and HK$11,589.

This sparked a heated discussion on the internet, with one person asking: "Can I pay HK$110,000 and ask Mirror to perform in front of me only?"

Last month, at least six people said they were scammed out of HK$100,000 after paying a man who claimed he could get tickets to Mirror's concert. Two victims have since made reports to police.

The Cantopop boy band was formed in November 2018 after a ViuTV reality show Good Night Show - King Maker, on which all the members competed.

Last month, fans spent more than HK$500,000 to celebrate the birthday of one of the members, Keung To, including placing birthday messages on giant screens outside shopping malls and bus stops across Hong Kong Island, as well as on a tram.

Infectious disease expert Ho Pak-leung suggested the government ask idols like Keung to serve as ambassadors to call on people to get their Covid-19 jabs.

Fans have called on the government to resolve the problem of scalping in 2018, when thousands of people lined up for tickets to see popular comedian Dayo Wong Tze-wah's farewell talk show at the Hong Kong Coliseum.