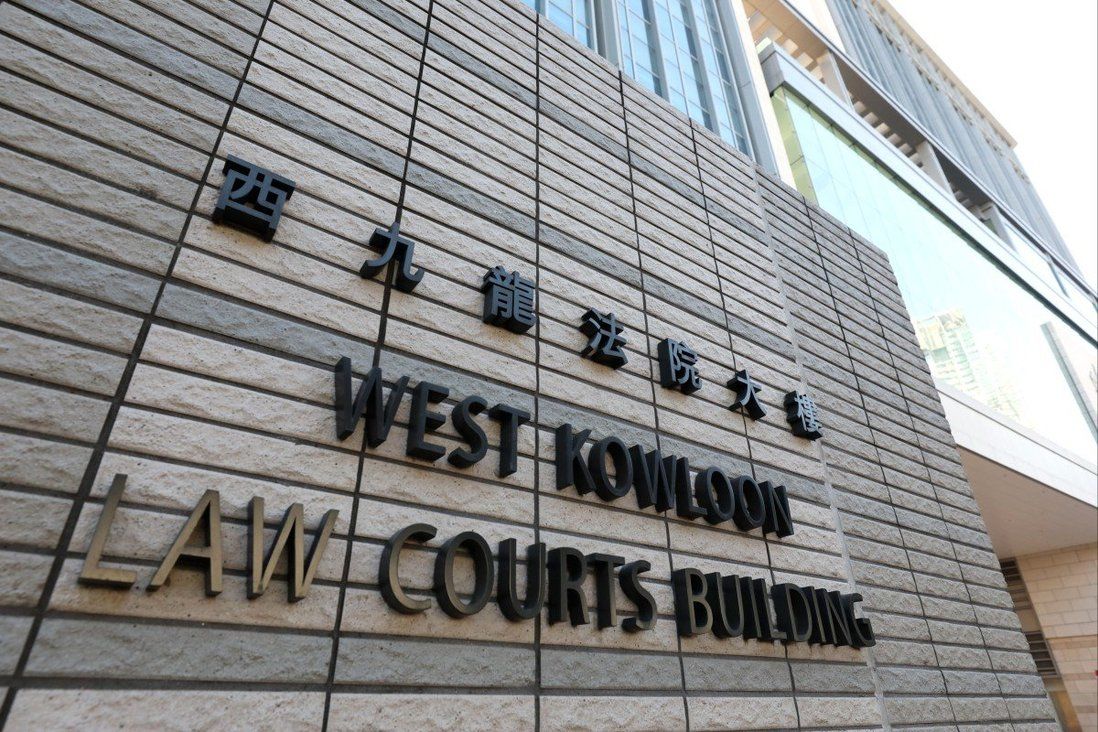 Most of the defendants were guilty of ‘participatory intent’, based on their attire, equipment and presence at the chaos in Sheung Wan on July 28, 2019.

Twenty-one Hong Kong demonstrators have been jailed for up to 3½ years for taking part in a riot near Beijing’s liaison office during the social unrest in 2019.

Following a District Court-level trial, the 15 men and six women, aged between 21 and 43, were sentenced at West Kowloon Court on Saturday, nearly 2½ years after they were charged with rioting over the chaos in Sheung Wan on July 28, 2019.

An approved rally on Hong Kong Island against police’s use of force during the anti-government movement descended into mayhem after hundreds of demonstrators deviated from the designated protest route and marched towards the liaison office and Western Police Station. 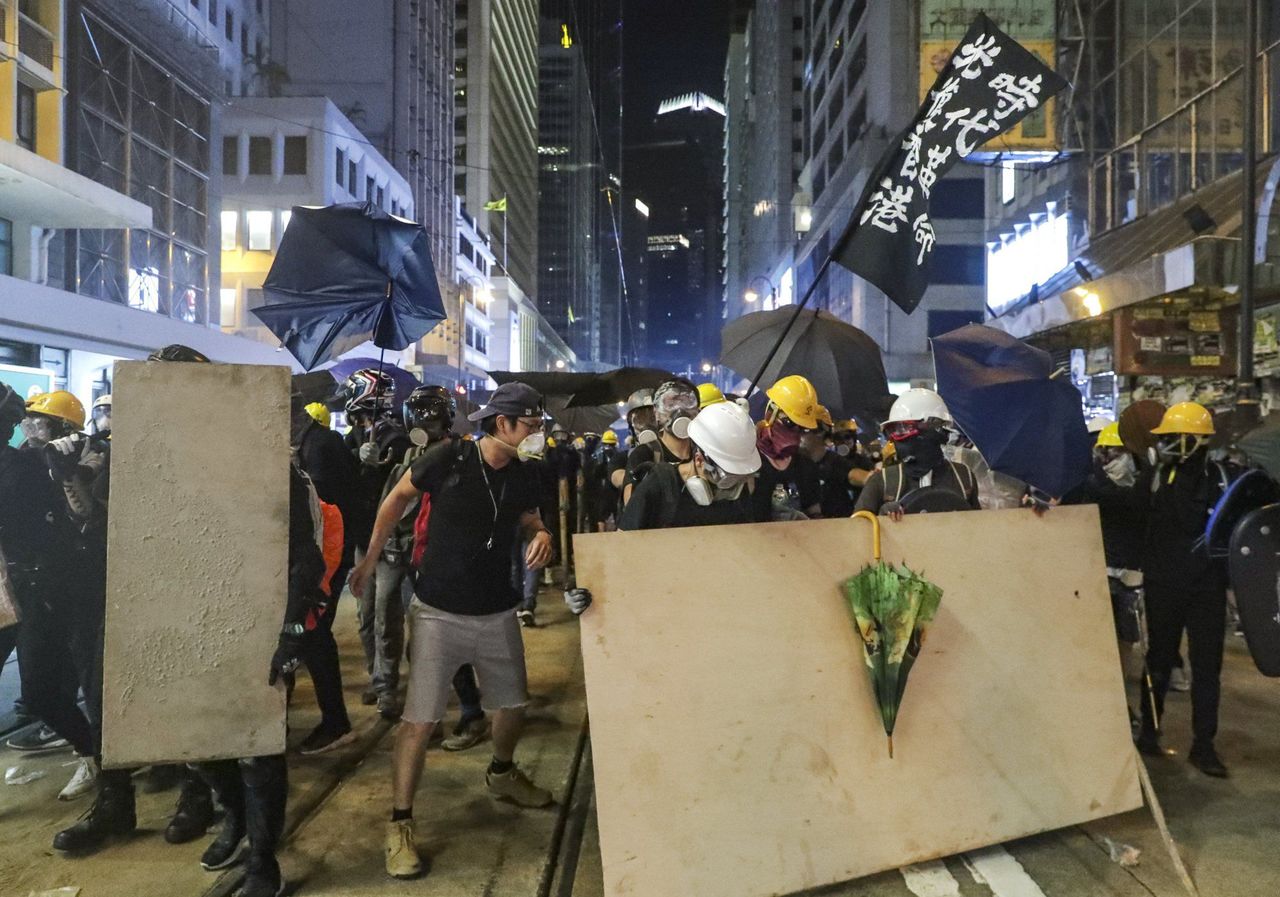 Protesters erect barricades during the chaos in Sheung Wan on July 28, 2019.

After the top court handed down its ruling in November, Chan found 20 of the 23 accused guilty of “participatory intent”.

Prosecutors were required to prove a suspect’s participation, or “participatory intent”, for a rioting charge to be appropriate. Most of the defendants were convicted based on their attire, equipment and presence at the scene.

Kan explained in mitigation that he had joined the riot to vent his frustration at police’s failure to prevent an indiscriminate mob attack at Yuen Long MTR station on July 21, 2019 from taking place, as well as officers’ use of force in an anti-government protest on the same day.

During sentencing on Saturday, Chan said Kan’s course of action could only make matters worse.

“Problems arising from the first riot cannot be solved by initiating a second riot,” Chan said. “A riot can do nothing but further tear Hong Kong apart. Damaged public facilities can still be fixed, but it is by no way an easy task to bridge the chasm in society.”

The judge also dismissed the defence’s contention that deterrent sentences were unnecessary given that the unrest had subsided, saying the riot in question had spurred more violent confrontations in the months to follow, and that the defendants could not use the relative stability at present as an excuse for leniency.

Twelve of the defendants were each jailed for 3½ years for their active roles in the disturbance. They were students Chan Tsz-hong, Jung Wang-yeung, Tsui Yiu-ming, Wong Chung-yan, Lee Siu-hong and Wong Pak-yin; salesman Lam Siu-fung; clerks Tam Sze-miu and Tam Yee-ting; Cheung Chi-lun and Wong Fei-hung, who were unemployed; and Chan Hei-chun, who refused to provide his occupation. 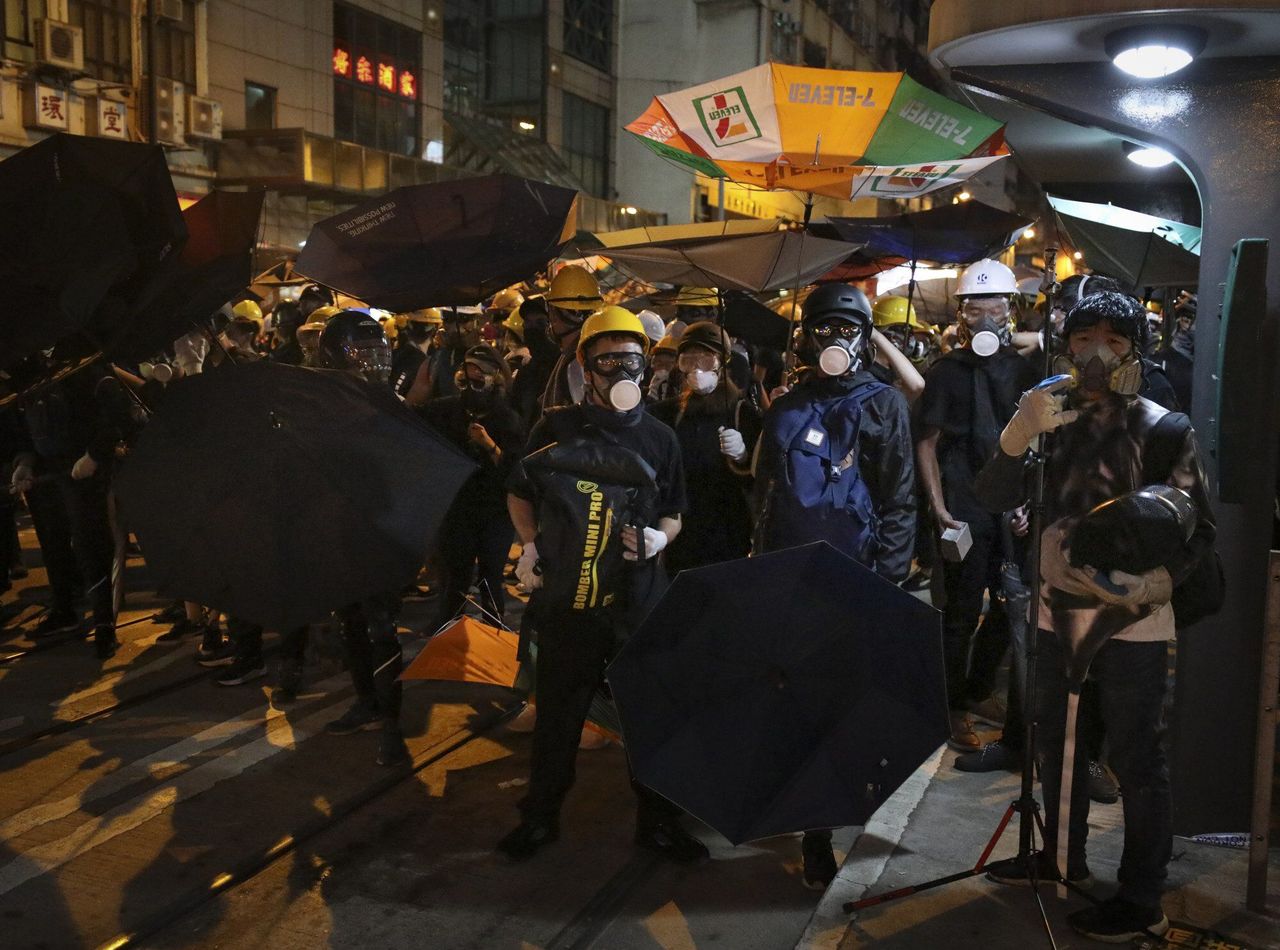 Protesters clash with riot police around Central and Sheung Wan on July 28, 2019.

Jobless Chow Kam-to, who was 18 at the time of the offence, was given a shorter term of 40 months in light of his young age despite his extensive involvement.

Tsui was also jailed for two weeks over unlicensed possession of a walkie-talkie, which will run concurrent with the longer sentence.

Clerk Mok Cheuk-fai, who was also convicted of assaulting a police officer, was jailed for 38 months. Kan was given the lightest penalty of 2½ years behind bars thanks to his guilty plea.

Chan had acquitted three other defendants – student Cheung Ka-chung, childcare worker Law Man-wing and airport employee Polly Choi Po-yu – in November, saying there was insufficient evidence as to what they had been doing before their arrests.

Prosecutors have charged 44 suspects with rioting in three separate cases in relation to the incident on July 28, 2019. Three were acquitted by a separate judge before the top court’s ruling, whereas 15 others were convicted and remanded in custody ahead of sentence on January 31. The remaining two absconded before the start of their trials.