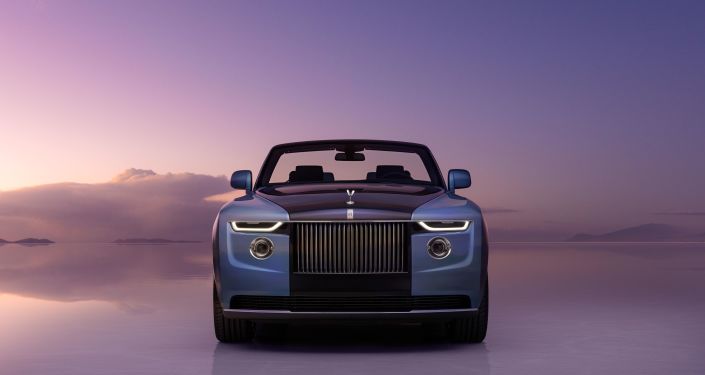 Rolls-Royce has unveiled a new creation, producing an automobile (only three have been made) for trio of yet unknown clients, who "expressed a desire to deepen their relationship with the brand by creating ambitious, personal statements of true luxury".

A hefty price tag will reportedly accompany the newly introduced "Boat Tail" by Rolls-Royce. British media have reported the luxury car will cost twenty million pounds, agreed to be paid by an anonymous billionaire couple.

The British luxury automobile maker, Rolls-Royce called the newest addition the "result of a four-year long collaborative exploration of luxury, design, and culture".

"Rolls-Royce Boat Tail challenges the notion of what a motor car is and creates a new definition of what a motor car means. Boat Tail exists far beyond a mere means of transport. It is not just the method to reach a destination, but the destination itself. It is an ambition realised with a remarkable cohort of women and men who empowered the marque to create a concept of extraordinary scope", CEO Torsten Müller-Ötvös said.

Each of the three 5.8-metre-long automobiles showcases a clear marine influence, including brushed stainless steel pinstripes and a canopy roof shaped with flying buttresses.

"We have created a trio of exceptional cars which, although they share a common body style, are each imbued with the unique, highly personal imprint of the commissioning patron, thereby telling differing stories. Boat Tail is unprecedented. Boat Tail is a distinct counterpoint to industrialised luxury", Müller-Ötvös said.

Reactions to the announcement by Rolls-Royce poured in on social media, with some users sarcastically calling it "the most offensive post on Twitter this week".

Others called the vehicle "a poorly designed solution for people who can't afford a caravanette".

The British carmaker has been involved in the contemporary coachbuilding movement since 2017, when it introduced the "Sweptail" model, inspired by the swept-tail Rolls-Royces of the 1920s and 30s.