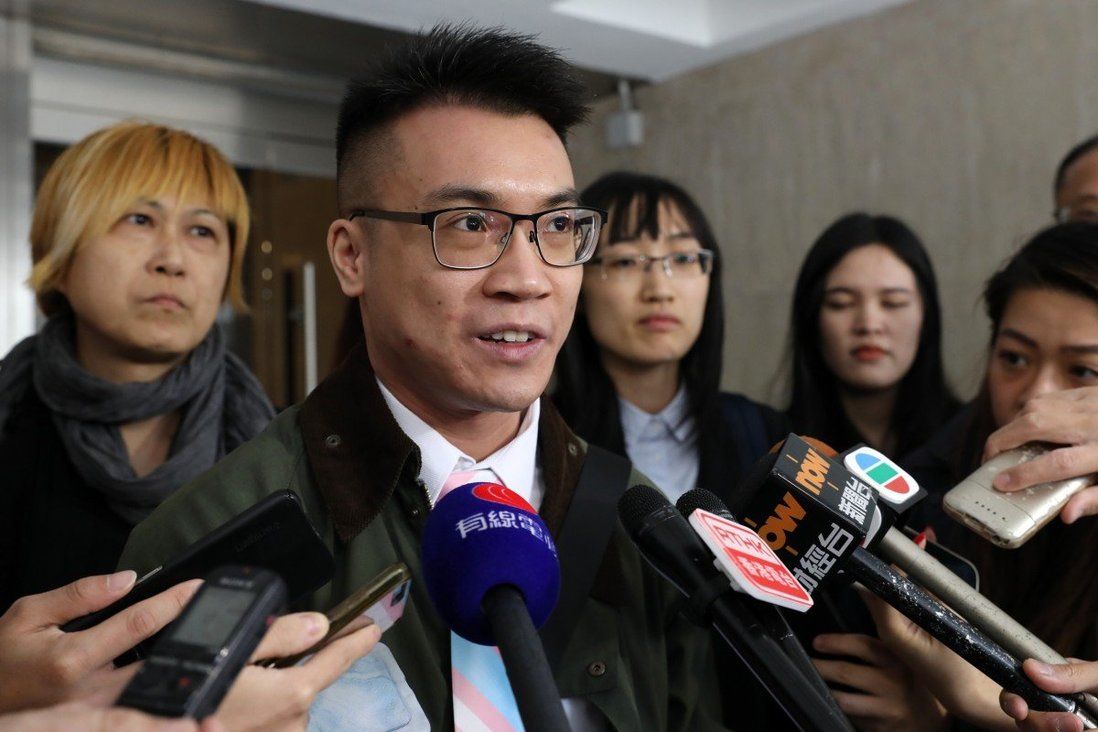 They had their breasts removed, received hormonal treatment and live as men, but the government requires they undergo full sex reassignment surgery to have the sex on their ID cards changed.

A person does not have to undergo complete sex reassignment surgery to be considered as having changed into a man or woman, lawyers for two transgender men have told Hong Kong’s High Court.

The court began hearing their appeal on Monday against a ruling that backed a government policy on how a person’s sex can be switched on identification cards. They argue the official requirement that a full sex change is needed is unethical and degrading.

But the counsel for the Commissioner of Registration countered that Mr Justice Thomas Au Hing-cheung was right in finding the requirement was “the only workable model” that was “fair to everyone and the public interest” when officers decide on applications seeking to make the change. 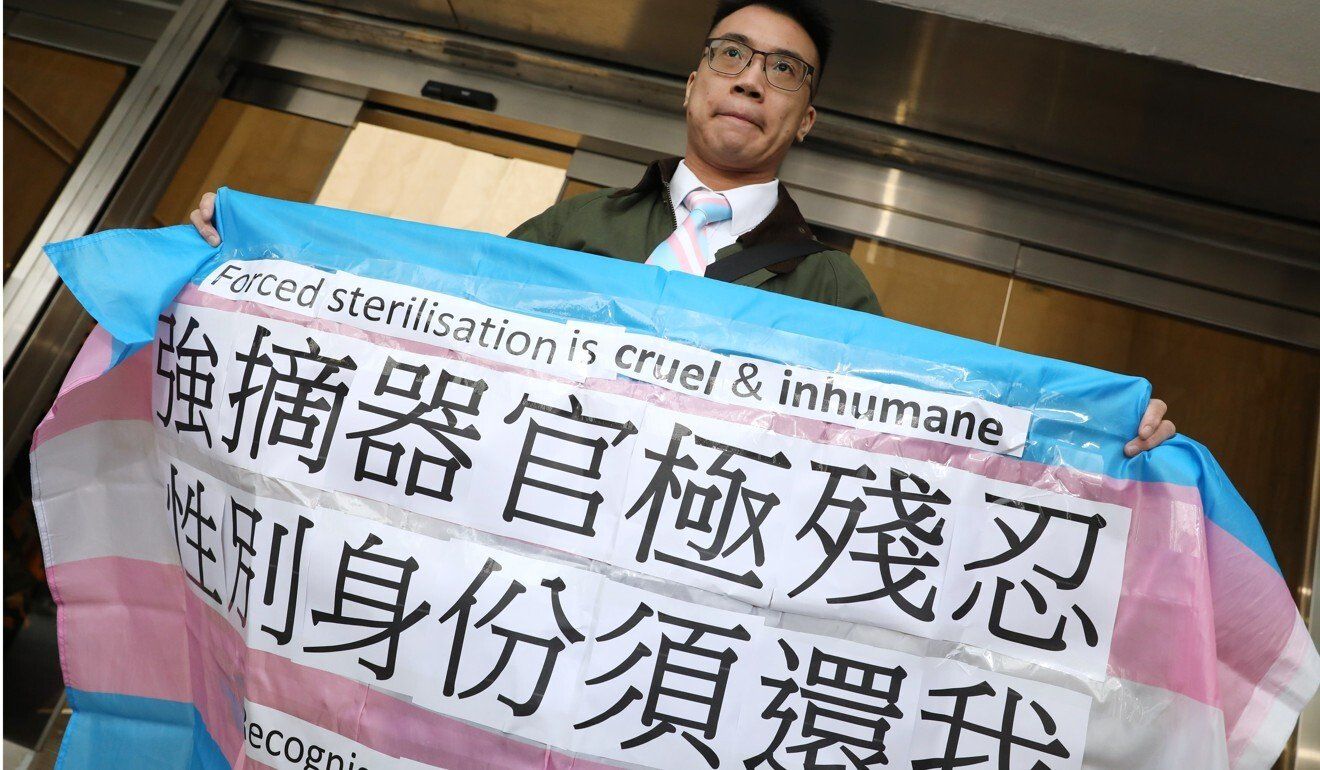 Henry Edward Tse protests the High Court’s decision to refuse a judicial review over the policy in February 2019.

Au dismissed applications for a judicial review from Henry Edward Tse and a person identified only as Q in 2019 after they were unable to switch the designation from female to male. This was despite having their breasts removed, receiving hormonal treatment and living as men, although they have both retained their uteruses and ovaries and decided against undergoing surgery to construct genitals of the opposite sex.

Dinah Rose QC, for the appellants, said the courts and human rights bodies around the world had concluded making full surgery a precondition for recognition of a sex change was contrary to human rights.

“There is only one exception and that is the decision of Mr Justice Au, which is the subject of this appeal,” she said via videoconferencing from Britain. “That is a remarkable state of affairs.”

No factual basis existed to suggest Hong Kong’s situation was materially different from that of other jurisdictions, which had introduced other models of recognising the change, including the United States and Britain, Rose said.

She also noted the commissioner already recognised there were cases when the applicant was not required to complete the operation if he or she could not undergo the procedures for medical reasons.

Rose conceded her clients could undergo the surgery but argued it was unethical to require they do so after they had managed to deal with the distress that could arise from the incongruence between one’s expressed and assigned sex.

“It is inherently degrading to require people to go through surgery they have no medical need for,” she continued.

Rose added that female-to-male surgeries were significantly more complicated than the other way round, with a higher risk of failure, which explained why some transgender people avoid the procedure.

The appellants have maintained the requirement was an unjustified breach of Article 3 and 14 of the Hong Kong Bill of Rights, which protect a person from cruel, inhuman or degrading treatment, and the right to privacy, respectively.

They are seeking a court declaration the administrative policy was unconstitutional, which would pave the way for the commissioner to revise it.

Rose said the purpose of the identity card was to identify an individual, which in many daily situations had nothing to do with that person’s sex – but every one of those interactions exposed her clients to abuse and discrimination.

She suggested the commissioner could modify the policy by broadening the exception to include those who did not have a medical need for surgery or eliminating the requirement altogether.

Mr Justice Jeremy Poon Shiu-chor, the chief judge of the High Court, asked whether the government’s work in the Interdepartmental Working Group on Gender Recognition would affect the court’s analysis.

But Rose observed that nothing had happened in the four years since the group published a consultation paper on issues concerning recognition of a changed sex in 2017.

“It’s extremely unfortunate that having set up the [Interdepartmental Working Group], the process appears to have run into the sand,” she said. “There is no alternative but for the court to grapple with the problem because the problem is an urgent and continuous breach of fundamental rights.”

Monica Carss-Frisk QC, for the commissioner, countered that the group was preparing a report based on the analysis of the 18,800 responses received.

The government reply continues on Tuesday.