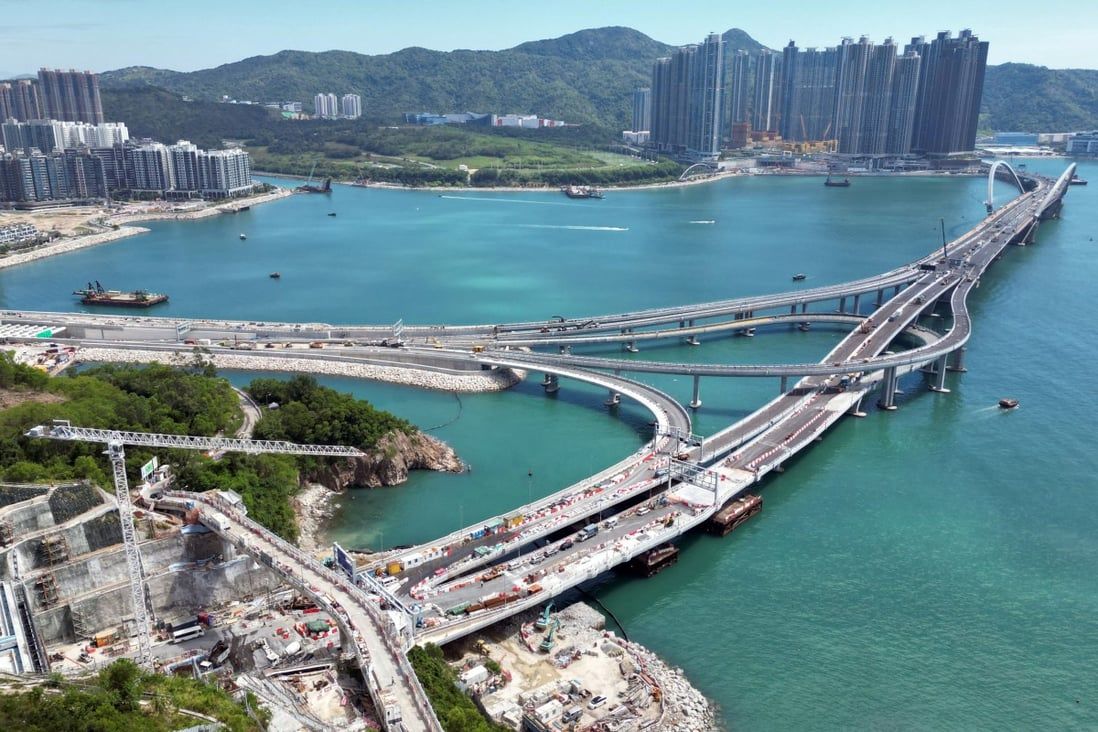 Source says Tseung Kwan O-Lam Tin tunnel and connecting Cross Bay Link will launch before year’s end, without tolls.
Two long-awaited Hong Kong infrastructure projects will open to traffic on December 11 and be free to use, the Post has learned, with the launch of the two multibillion-dollar initiatives expected to reduce peak commute times between Tseung Kwan O and Kowloon East by about 20 minutes.

A source on Thursday said the Tseung Kwan O-Lam Tin Tunnel and its connecting Cross Bay Link, which respectively cost HK$15 billion (US$1.91 billion) and HK$5.6 billion to build, would help relieve worsening traffic in a district where more homes were being built.

“The two projects will be open for use on December 11 with a toll-free arrangement. The congestion in the Tseung Kwan O district will be greatly eased,” the insider said.

A spokesman for the Transport and Logistics Bureau said the development of both projects was in the final stages, but stopped short of confirming the exact opening date.

“The two projects are expected to be commissioned in tandem in December this year. The government will announce the commissioning date and details in due course,” he said.

The tunnel connects Tseung Kwan O and Kowloon East with a dual two-lane highway that spans 3.8km and will form part of Route 6, a road network currently under development that will provide an express link between the district and West Kowloon.

Originally anticipated to open in 2021, the commissioning of the tunnel was delayed due to the coronavirus pandemic. The project will allow existing traffic between Tseung Kwan O and Eastern Harbour Tunnel to avoid diverting through Tseung Kwan O Road and Lei Yue Mun Road in Kwun Tong.

The Cross Bay Link forms a 1.8km dual two-lane carriageway across Junk Bay, which includes paths for cyclists and pedestrians. The project connects the Tseung Kwan O – Lam Tin Tunnel in the west to the district’s Wan Po Road in the east.

The two projects are expected to relieve traffic congestion at the existing Tseung Kwan O Tunnel and its connecting road network, in addition to meeting rising demand from the district’s growing population, with new infrastructure potentially cutting the travel time to Kowloon East by as much as 20 minutes.

Authorities had earlier said that upon the opening of the new tunnel, tolls at the older Tseung Kwan O Tunnel would be waived to reduce the fare burden placed on residents.