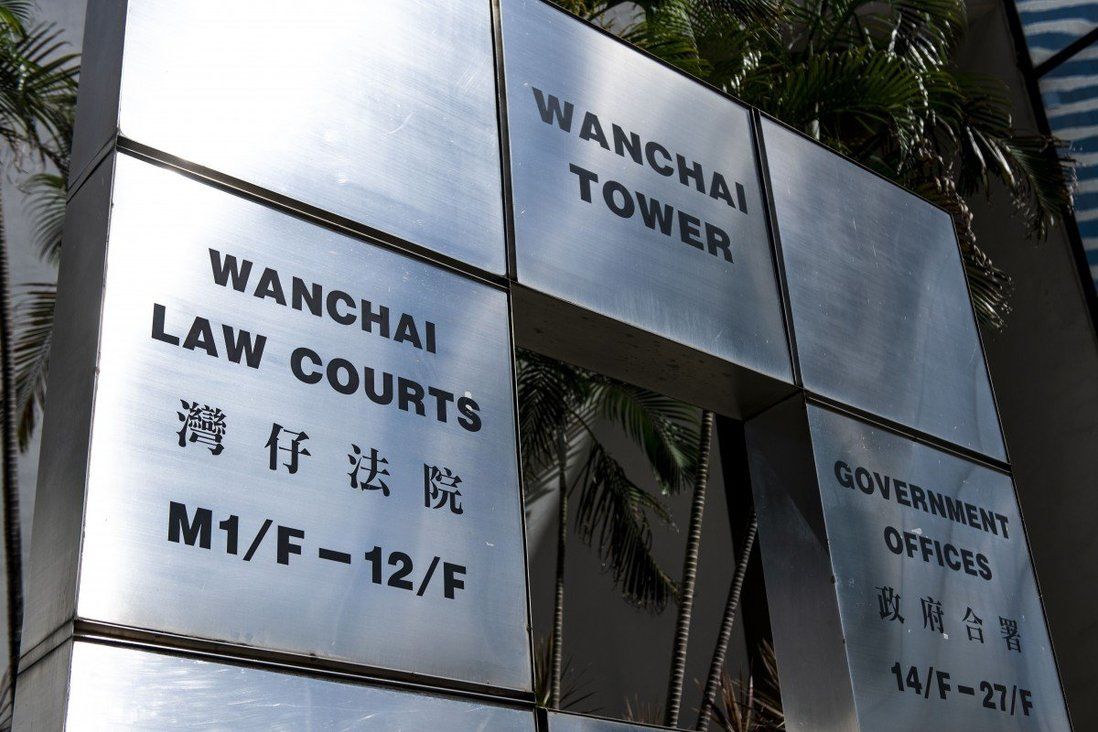 Tung Sheung-lam, 25, and Ting Chin-fung, 19, produced explosives and petrol bombs from a makeshift lab in Tai Kok Tsui during the 2019 protests.

Two Hong Kong students have been jailed for up to four years each for making explosives and firebombs during the 2019 anti-government protests in a plot the judge described as bearing “elements of terrorism”.

Tung Sheung-lam, 25, and Ting Chin-fung, 19, previously admitted producing gunpowder, rocket candies, thermite and petrol bombs at an explosives factory housed in a Tai Kok Tsui tenement flat. The arsenal was developed for use in the often-violent social unrest of two years ago that was sparked by a later-withdrawn extradition bill.

Passing sentence at the District Court on Thursday, Judge Clement Lee Hing-nin said the makeshift laboratory was well hidden in the community and, with the large amount of dangerous chemicals stored inside, posed a significant risk to public safety.

“The crime scene was akin to an explosives factory,” Lee said. “The defendants’ criminal intent was serious and contained elements of terrorism.”

The court earlier heard the improvised laboratory was used to store 723 grams of potassium nitrate, 413 grams of carbon and 457 grams of sulphur – enough raw ingredients to produce 700 grams of gunpowder.

The potassium nitrate could also be used alongside the 4.2kg of sucrose in the flat to make rocket candies, but the defendants were still investigating how to manufacture the sugar-fuelled propellants at the time of their arrests.

Investigators also found 666 grams of a mixture containing powdered aluminium, iron oxide and magnesium carbonate – all common ingredients of thermite, a substance that burns at very high temperatures. However, the mixture at the lab was incapable of ignition as there were miscalculations in the ingredients’ proportions.

The flat also contained 23.5 litres of petrol, 1.3 litres of organic solvents and three drones thought to be capable of carrying small firebombs.

Police picked up the pair on October 15, 2019, after seeing them leave the flat. The pair have been remanded in custody since their arrests.

Tung, who rented the flat, pleaded guilty last month to conspiracy to make explosives, possession of explosives and possession of articles with the intent to damage property, charges Ting initially denied.

However, Ting decided to plead guilty to the two explosives charges earlier this month, after prosecutors filed additional forensic evidence which showed Ting had left multiple fingerprints at the premises.

On Thursday, Lee held that the production of gunpowder and thermite constituted a medium level of culpability, as they were less lethal than chemicals such as trinitrotoluene (TNT) and triacetone triperoxide (TATP).

However, possession of the firebombs deserved a heavy penalty, the judge held, warning they could be remotely dropped on targets using the modified drones.

He sentenced Tung to four years behind bars to reflect his active participation in the criminal scheme. Ting, whose role was relatively minor, was jailed for 31 months.

Ting is believed to have completed his sentence while on remand and is expected to be released soon, whereas Tung is required to serve another nine months.

Making or possessing explosives and possessing articles with the intent to destroy or damage property are all punishable in the District Court by up to seven years in jail.