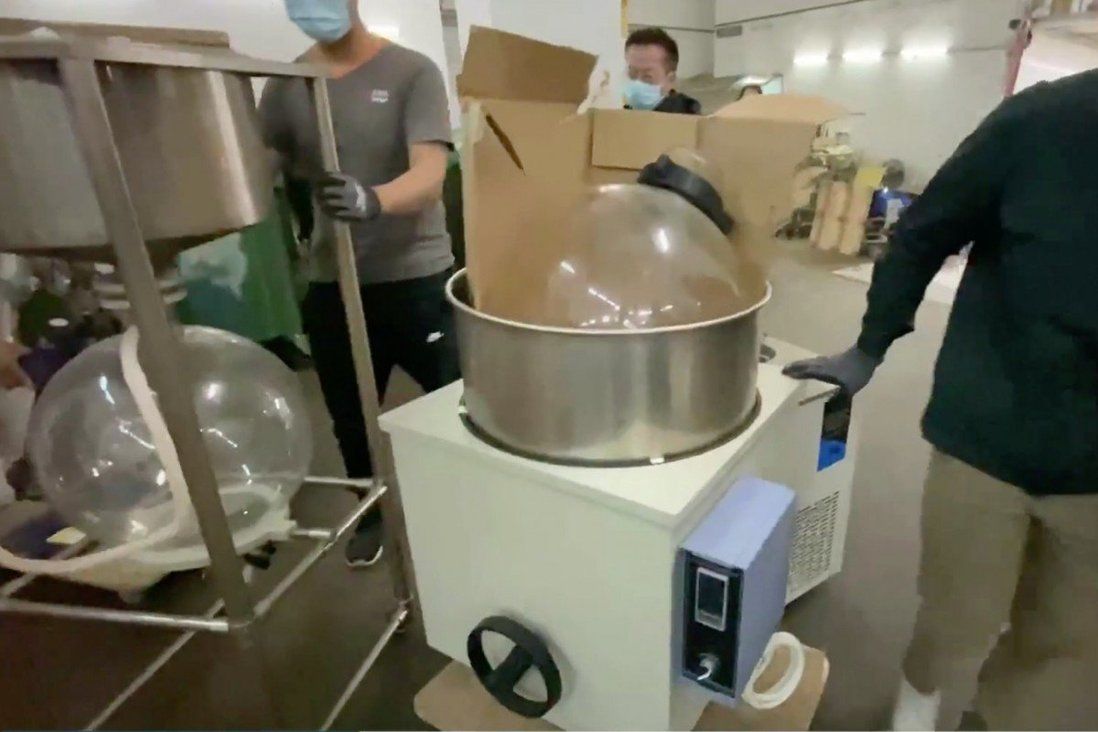 Officers seize more than 2,300kg of powdered chemicals along with drums of hydrochloric acid and ethanol in industrial unit.

Hong Kong police have shut down a drug manufacturing plant that was capable of producing HK$240 million (US$30.8 million) worth of crystal meth.

Acting on a tip-off and follow-up investigation, officers from the Kwun Tong anti-triad squad swooped at about 6pm on Thursday on a Fo Tan industrial unit that was being used for making drugs.

Inside the unit, officers seized more than 2,300kg of powdered chemicals along with drums of hydrochloric acid and ethanol, as well as semi-finished crystal meth, known as Ice, and drug manufacturing equipment. 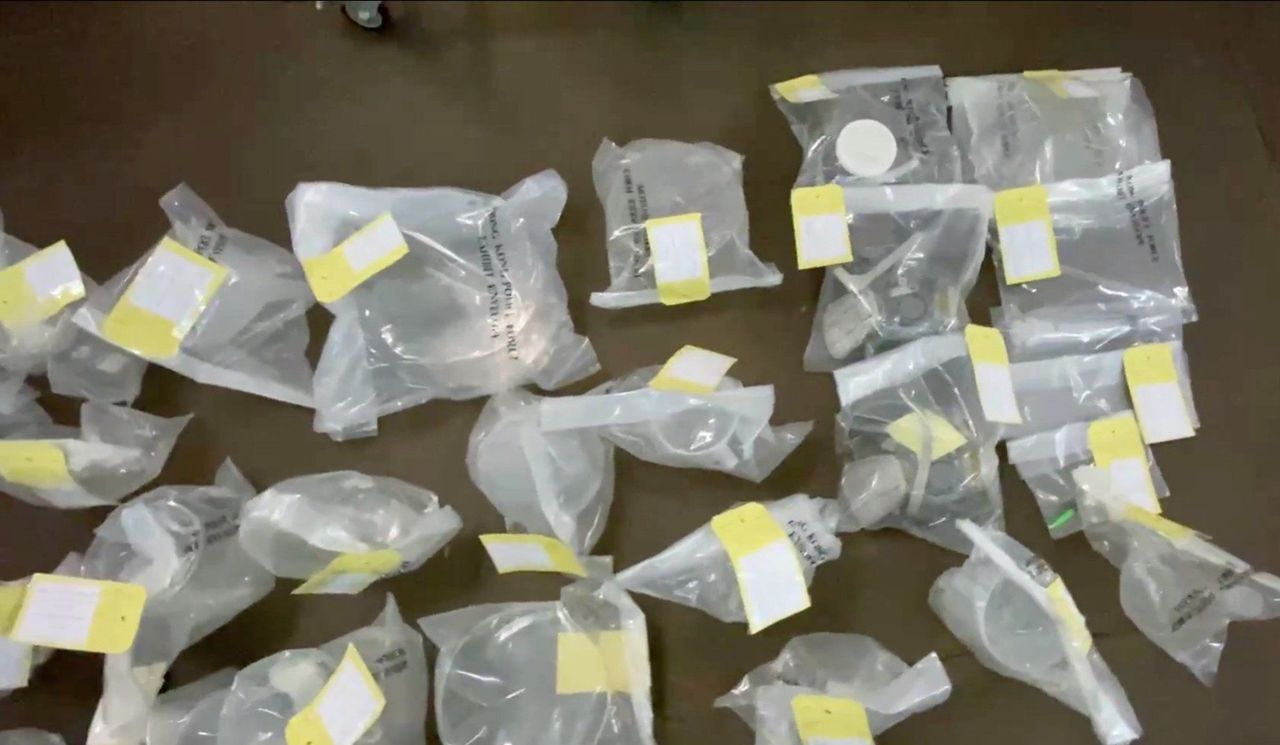 Evidence sized in the police raid.

During the operation, two men, aged 21 and 24, were detained on suspicion of manufacturing illegal drugs. Police said they had triad backgrounds.

“The seized chemicals could produce about 300kg of the drug Ice with an estimated street value of HK$240 million,” a police spokesman said.

He said police were investigating how long the plant had been in operation and from where the chemicals had been sourced.

As of Friday night, the pair were still being held for questioning and neither had been charged.