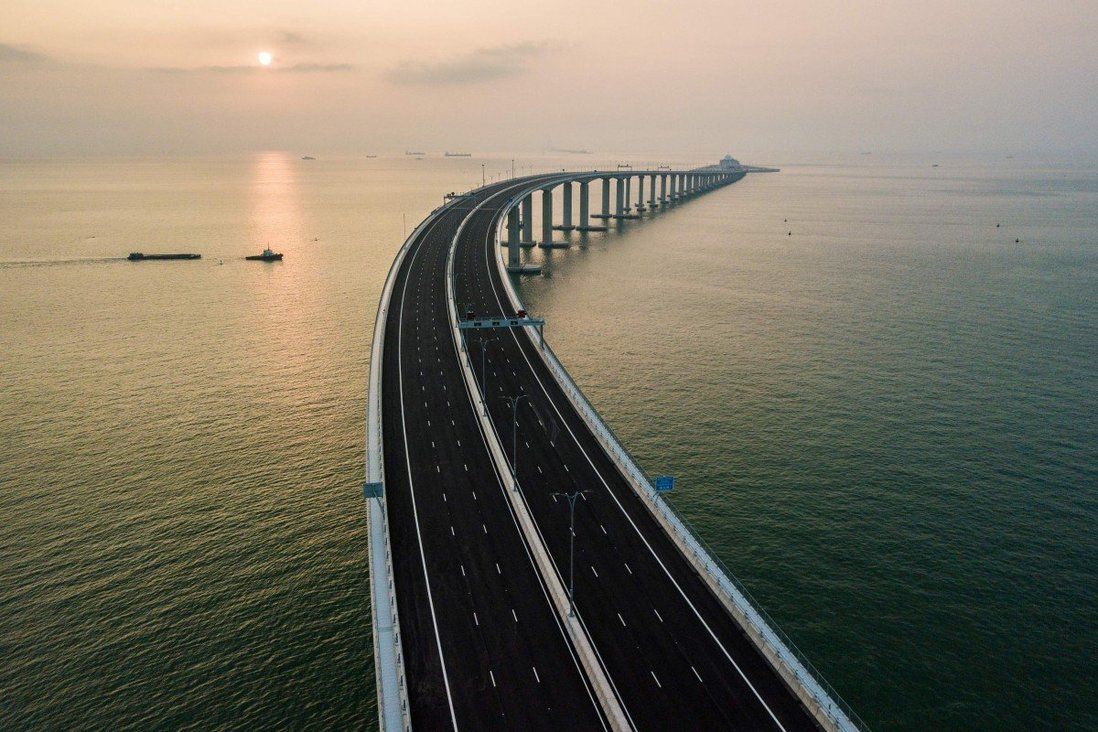 Albert Leung and Leslie Harry Swann, both formerly affiliated with Jacobs China Limited, appear in court just hours after they were arrested by ICAC.

Two ex-directors of an engineering consultancy firm face up to seven years in jail after being charged with defrauding the Hong Kong government out of nearly HK$2 million (US$256,400) by allegedly covering up the falsification of test results on the world’s longest sea crossing.

Albert Leung Wing-keung and Leslie Harry Swann, both formerly affiliated with Jacobs China Limited (JCL), appeared in West Kowloon Court just hours after they were arrested by the Independent Commission Against Corruption on Friday morning.

The charge against the pair alleged that they fraudulently induced the Civil Engineering and Development Department to pay JCL a total of HK$1.97 million between July 2016 and May 2017 by deliberately concealing the fabrication of test results for the strength of concrete used in the multibillion-dollar construction of the 55km Hong Kong-Zhuhai-Macau Bridge.

The anti-corruption agency applied for a three-week adjournment to prepare the necessary paperwork to move the case to the District Court, where a maximum jail sentence of seven years applies upon conviction.

Leung, 64, and Swann, 70, were each released on HK$20,000 bail, but were barred from leaving Hong Kong and ordered to surrender all travel documents. Magistrate Amy Chan Wai-mun also warned them against interfering with prosecution witnesses.

The next hearing was scheduled for November 26 at West Kowloon Court.

The ICAC had previously charged 19 Jacobs China employees in a testing laboratory in Siu Ho Wan on Lantau Island over fabricating test results, either by substituting genuine concrete specimen cubes with iron piles or cubes of higher compressive strength, or changing computer dates when compiling reports. All of them were jailed for between eight and 32 months on fraud-related charges.

The watchdog alleged in a statement on Friday the two former directors had knowingly breached a consultancy agreement between Jacobs China and the government, which dictated that they had to report errors in the performance of services.

Fraud is punishable by 14 years’ imprisonment, but is capped at seven years when the case is heard in the District Court.