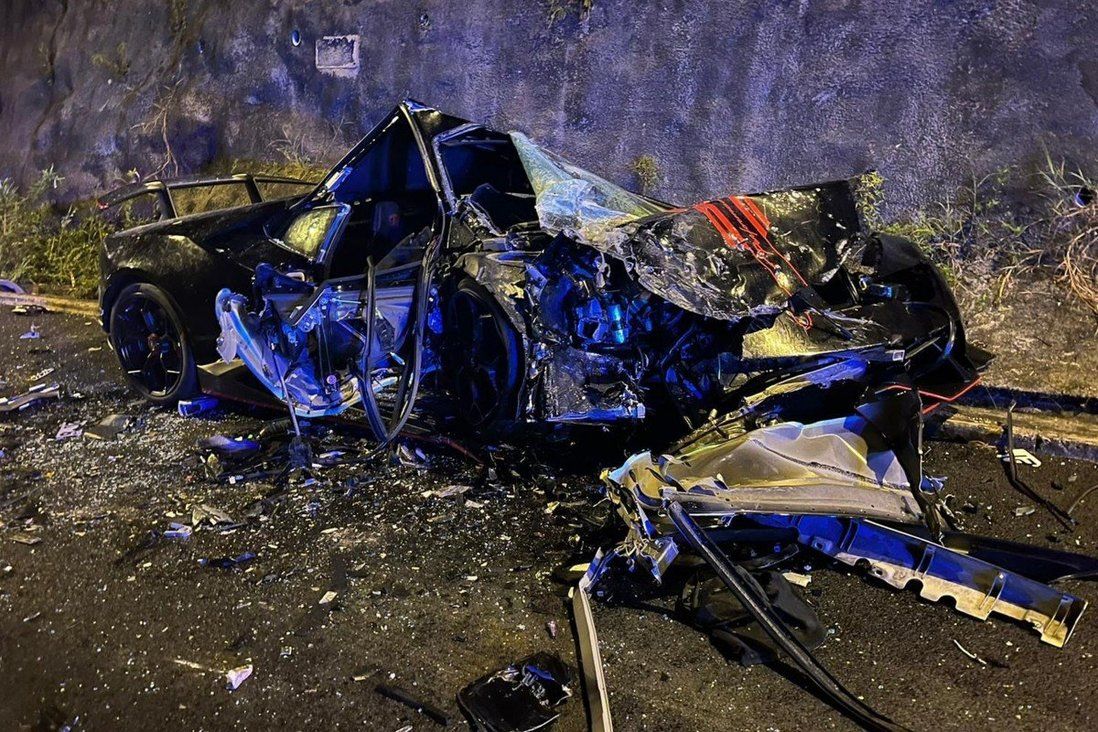 One person dies at the scene of the accident on Bride’s Pool Road in Tai Po and another person succumbs in hospital, while four others injured.

Two people were killed and one other was severely injured when a Lamborghini and two other cars crashed on a northern Hong Kong road at around 10pm on Sunday night.

The crash occurred near a popular barbecue area on Bride’s Pool Road in Tai Po, a notorious black spot for traffic accidents. A motorcyclist who arrived after the crash also sustained injuries. 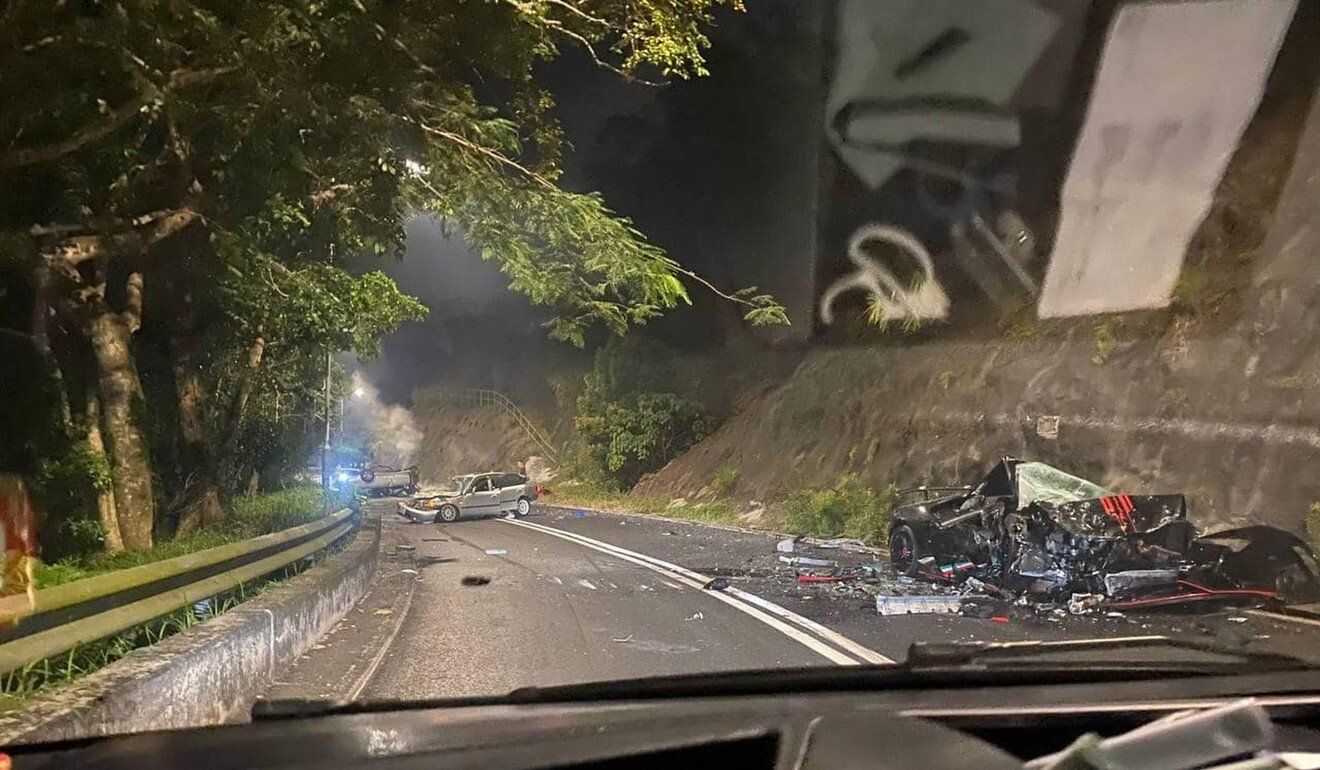 The scene of the accident on Bride’s Pool Road in Tai Po.

An image widely circulating online showed the Lamborghini Huracán Performante, worth an estimated HK$5 million (US$642,650), reduced to a crumpled heap of jagged metal, with its front end smashed.

Another car was upside down, emitting smoke at one point. 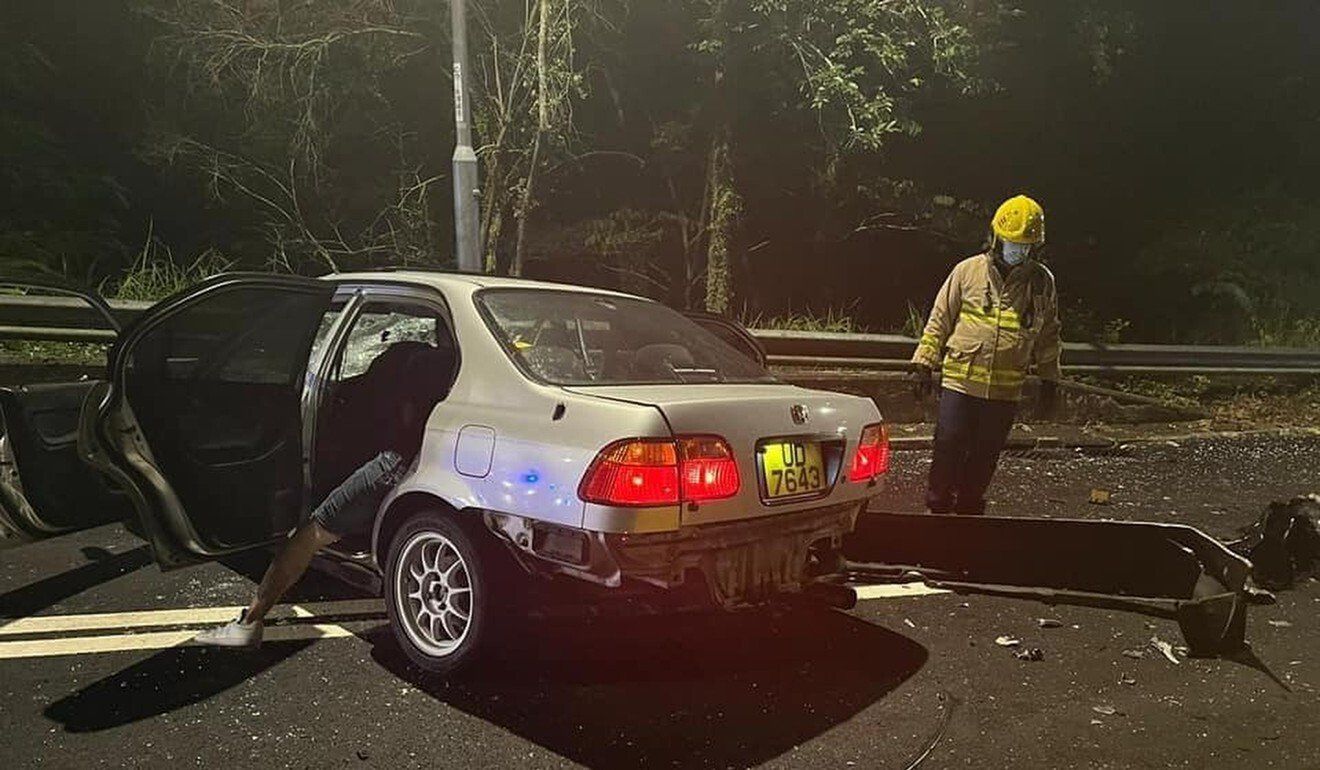 Firefighters at the scene of the accident.

Police said at midnight that one person was certified dead at the scene and another died at Alice Ho Miu Ling Nethersole Hospital. The severely injured victim was receiving hospital treatment.

The crash was one of several in Hong Kong on Sunday. A 60-year-old man riding his bicycle died after being hit by a bus on Cheung Tung Road on Lantau Island at around 11am.

At about 1pm, a 51-year-old woman died after being hit by a car when she was crossing Shek O Road in Chai Wan. A cyclist in his 30s died after he crashed on Ting Kok Road in Tai Po at about 5pm.