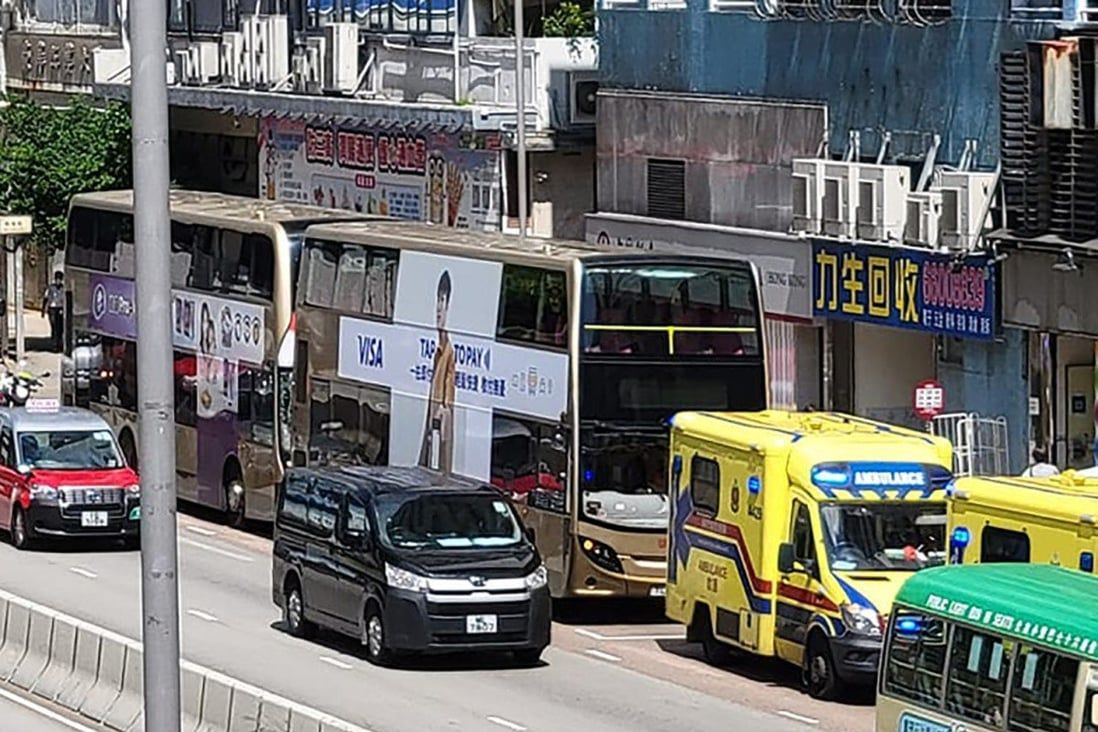 Seven people treated in hospital after one buses crashes into another on Kwai Chung Road.

A total of seven people were taken to hospital after a Hong Kong double-decker bus crashed into the back of another one on Monday.

Six passengers and a driver were injured after their bus hit the rear of another at a Kwai Chung bus stop around lunchtime.

The passengers, five women and a man, and the driver suffered minor injuries.

The driver, surnamed Lee, 50, complained of a leg injury. 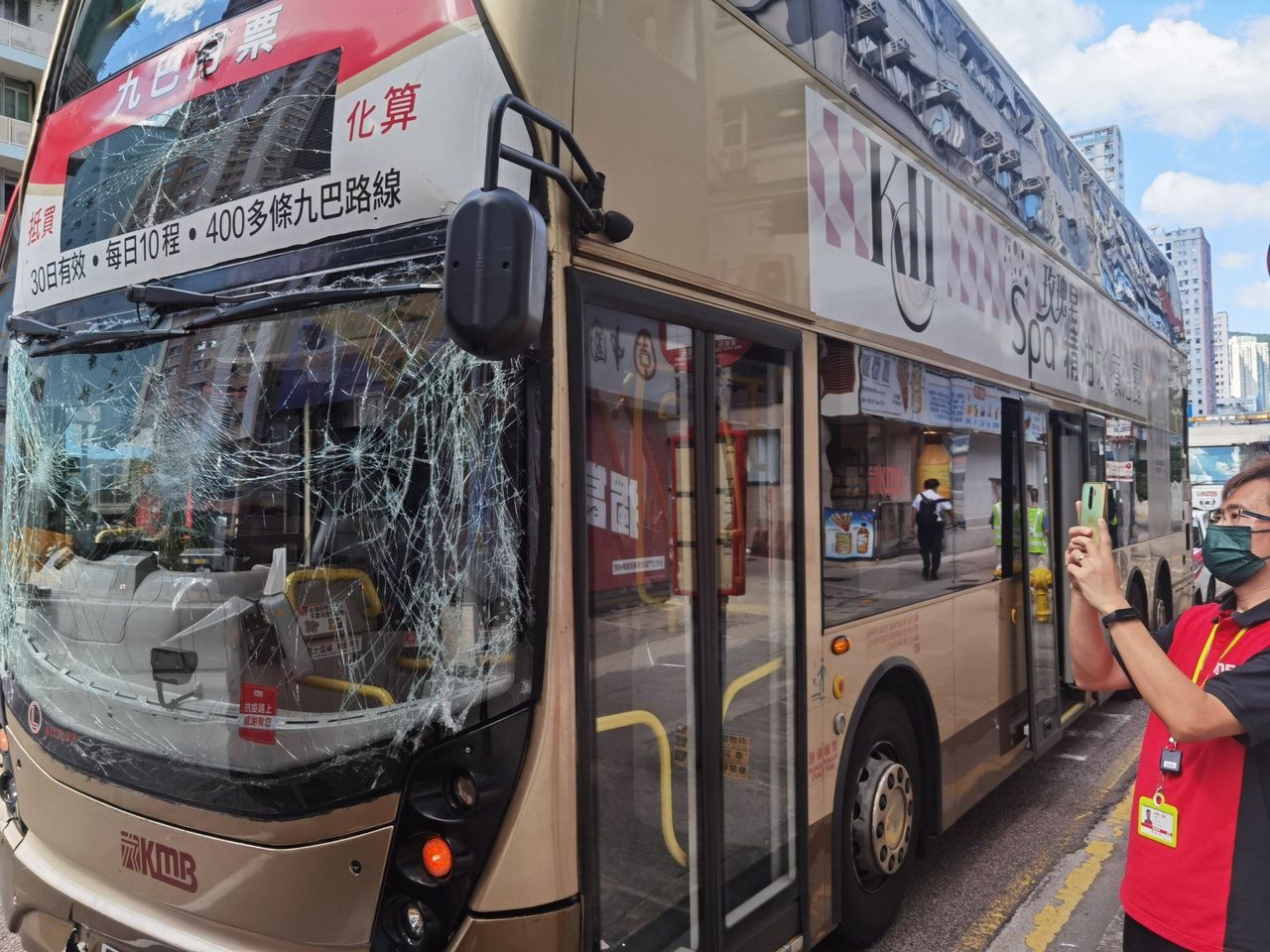 A bus headed to Kowloon was said to have failed to halt as it approached the bus stop and hit the vehicle in front, which was picking up and dropping off passengers.

Police said three ambulances were sent to the scene. The Hospital Authority said the injured were treated at the Princess Margaret Hospital.

A police spokesman said the cause of the accident was still under investigation.