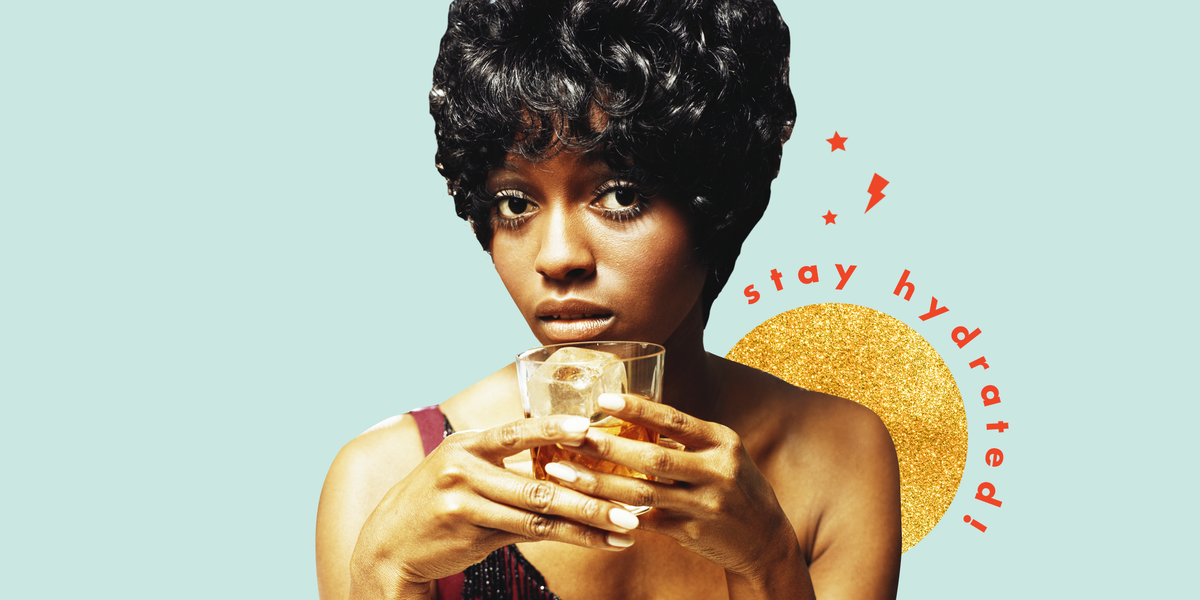 18 Expert-Approved Ways to Prevent a Hangover

Why regret more than your dance moves last night, amirite?

Warning: obvious answer ahead. The best way to prevent a hangover is to drink in moderation or not at all. But you’re probably not reading this for that advice, right? Well, according to the pros (you know, actual MDs and RDs), there are lots o' ways to ensure tomorrow’s hangover ghosts before you even get to the pregame. Thanks, science!

Oh, already feeling a lil tipsy? NBD, there are still things you can do prevent feeling like death tomorrow…and we’re about to spill them all.

Here, 19 expert-approved tricks to prevent a hangover at every stage of your bender journey. Just promise not to leave your phone in the Uber again.

Double up on multivitamins. B vitamins, which help turn the food you eat into energy, per the National Institutes of Health, are especially important since they get depleted when you drink says, Wendy Leonard, RDN, founder of Rhode Island Nutrition Therapy. So stock up on those pre-boozing.

"A big misconception is that hangovers are entirely about dehydration," says Jason Burke, MD, an anesthesiologist and the creator of Hangover Heaven, a mobile medical clinic based in Las Vegas that delivers onsite IV treatments for hangover sufferers. But other factors making you feel awful after drinking are inflammation and oxidative stress, or when your body's antioxidant defenses can't deal with free radicals (atoms that can damage cells in your bod), per the journal Metabolism: Clinical and Experimental. And it's much easier to prevent a hangover than it is to deal with it the next morning. Antioxidants help mitigate the damage, so pop an a multivitamin or drink acai or pomegranate juice before you go out, Dr. Burke says.

Give yourself a food baby. Ok, so nobody wants to feel bloated before a night out, but make sure you’re full. Like, really full. "When you drink alcohol on an empty stomach, it just passes the alcohol right to your intestines and then it’s absorbed into the bloodstream very quickly," explains Robert Swift, MD, associate director of the Brown University Center for Alcohol and Addiction Studies. Meaning, you'll get drunk faster and feel way worse the next day. Drinking on a full stomach ensures your blood alcohol stays lower, he says.

Leonard recommends chowing down on salmon, in particular, because its omega-3 fatty acids can help your liver detoxify your body better when you start drinking.

Hit the gym. One of the main reasons hangovers happen is because we’re trying to blow off steam and we go too far, explains Leon Coleman, MD, research assistant and professor at the Bowles Center for Alcohol Studies at UNC Chapel Hill. That’s why he recommends working out or finding another healthy way to relieve stress before you go out. Then, when it’s time to rage, that work hard/play mentality is gone, says Dr. Coleman. "You can enjoy yourself without going too far."

Choose your squad wisely. Another reason we drink too much and then feel like trash the next day is because we’re with the wrong people. "Who you’re with is one of the main determinants of your behaviors, it’s been well studied,” he adds. Pro tip? Take note of your friends who bail on plans to nurse a hangover every Sunday and steer clear the next time they invite you out.

Opt for organic wine. Preservatives and pesticides may be why people feel more hungover drinking wine in the U.S. than they do in Europe, says Leonard. (Well, that and the fact that many European wines have less alcohol content than those in the U.S.) So if you can get an organic, preservative-free, or lower alc wine (think 12.5 percent or less) that might help prevent hangover symptoms tomorrow, she explains.

Make your roadie a Gatorade. You've probably heard that it's smart to chug water between cocktails to fend off dehydration (and the resulting headache) caused by alcohol. But coconut water or a sports drinks like Gatorade work even better. They replace your fluids and electrolytes, the nutrients you lose when you drink, according to Elizabeth Kovacs, PhD, director of the alcohol research program at Loyola University. Whenever you drink more than two drinks at a time, alternate between booze and a sports drink (or sip the latter throughout the night), and you'll be good to go.

Skip the smokes. When 113 college students documented their alcohol intake, smoking habits, and hangover symptoms every day for eight weeks, researchers found that when students drank heavily, smoking significantly increased the risk and severity of a hangover, according to a study published in the Journal of Studies on Alcohol and Drugs.

Stick with clear liquor. Vodka and gin may have fewer impurities than dark ones, like whiskey and rum, says Kovacs.

Choose juice over soda mixers. "OJ won't help you avoid a hangover -unless you drink it instead of a 14th beer," Kovacs says. But because fruit and vegetable juices contain extra vitamins, they're always better for you than soda.

Wash your hands super well. Drinking alcohol changes the way your immune system works, so if you're exposed to something like the flu when you're out and about, you're more likely to become infected, have a more severe reaction, and take longer to recover, Kovacs says. And if there's one thing that makes a hangover worse, it's flu symptoms like fever, muscles aches, and chills.

Dance your ass off. It's hard to hold a drink while you're breaking it down, so dancing, playing a game like pool, or ping-pong (assuming it involves paddles as opposed to cups of beer) can slow the destructive cycle of emptying your glass and immediately refilling it. Just be sure to stash a cup of water on the edge of the dance floor to rehydrate, particularly if you start to break a sweat.

Before You Go to Sleep

Don't overdo it on the water. It's true that hangovers can happen when your body gets too much bad liquid (alcohol) and not enough of the good kind (water).

However, Kovacs says chugging water can put undue stress on your body. And frequent bathroom runs can mess with your sleep. So after a night of heavy drinking, down a glass of water (and a second one, if you're particularly thirsty), and leave a full glass on your nightstand to treat dry mouth at 5 a.m.

Slap on a sleeping mask. While sleep deprivation won't cause a hangover, it can make your hangover worse, per a study published in Current Drug Abuse Reviews. Incidentally, alcohol disrupts the second part of your sleep, according to a study in Alcoholism: Clinical & Experimental Research, which occurs after the sun rises if you go to sleep particularly late. While you can't control the quality of your sleep after a litty night, you can minimize environmental disruptions with a sleep mask that keeps light out of your eyes.

Chug some Pedialyte. When you’re hungover, you’re generally hella dehydrated because alcohol inhibits your antidiuretic hormone (the one that prevents you from peeing), so hit the bathroom a lot more often, Dr. Swift explains. “Sports drinks and Pedialyte are scientifically formulated to maximize the rate at which the fluid is absorbed,” he says. In other words, you’ll feel better ASAP.

Hit up your fave breakfast place. Here’s exactly what you should order: an omelette with spinach and cheese, home fries, and a glass of OJ, says Leonard. Eggs are high in N-Acetyl Cysteine (NAC), which helps your body metabolize alcohol. Similarly, spinach is a good source of Alpha-Lipoic Acid (ALA)...so are home fries, BTW, which also helps move alcohol through the body. And OJ has vitamin B1, to promote some of that mental clarity you’re prob lacking rn.

Forget the whole "hair of the dog that bit you" thing. Experts agree that it's straight-up stupid to booze it up the morning after heavy drinking. It only delays the inevitable: a hangover that's even worse than the one you've got.

Drink Sprite or seltzer. When researchers at Sun Yat-Sen University in Guangzhou, China, analyzed the effects of 57 different drinks on alcohol metabolism, they found that the Chinese version of Sprite and regular soda water help speed up the body's alcohol metabolism, which decreases the amount of time your body is exposed to the harmful chemicals produced when your body digests alcohol.