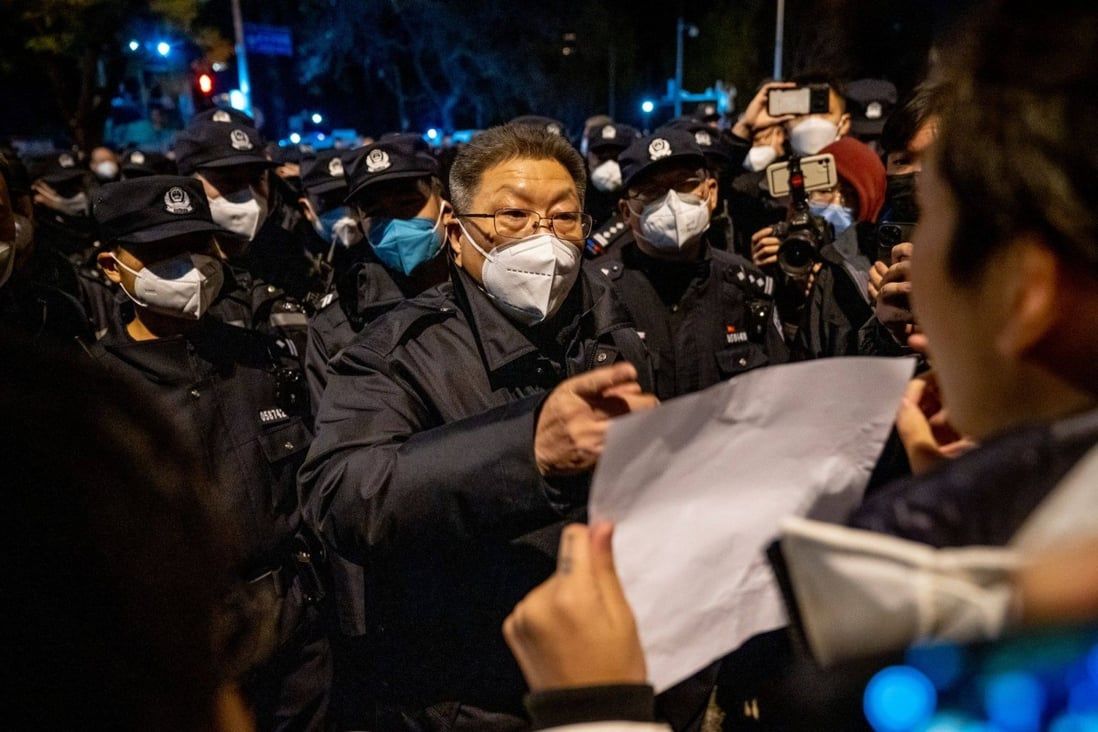 13 reasons politics, protests and more made 2022 a year to remember

From Britain’s political omnishambles to Hong Kong and the mainland grappling with Covid-19 to Elon Musk’s acquisition of Twitter, 2022 was a year packed with world-shaping events.

Everyone is wearing the perfume of hope that a new year brings. This year was once new, and the moments of joy, sorrow and disbelief made it what it was. Through these 365 days, individuals, leaders and society spoke in ways that left a mark on the year. Here are 13 memorable quotations.

“Thoughts and prayers”. More than 600 mass shootings occurred in America in 2022. Instead of amending gun laws and curbing their bigoted rhetoric to protect American lives, Republican politicians sent their “thoughts and prayers” to victims of mass shootings. Their hypocrisy is rich – protecting unviable fetuses by selecting conservative Supreme Court justices to overturn Roe v Wade but unwilling to prevent gun violence that kills children and adults.

“Our brilliant and Darwinian system will produce another leader equally committed to taking this country forward.” As prime minister of the UK, Boris Johnson lied, ignored his own advice, turned a blind eye to his colleague’s abusive behaviour and downplayed his ineptitude during 1Covid1-19. He was finally forced to resign. The much-touted Darwinian system selected Liz Truss instead.

“Given the situation, I cannot deliver the mandate on which I was elected by the Conservative Party.” Truss, elected by her Conservative peers, holds the record for serving as prime minister for the shortest time in modern British history. During her tenure, she and Chancellor Kwasi Kwarteng ruined the British economy. Truss ignobly sacked Kwarteng to save herself, but this was deemed tawdry and she soon had to step aside.

“When we look at the approvals, they were done without following the regulations.” After winning a tight election, Malaysia’s newly elected Prime Minister Anwar Ibrahim ordered a review of all projects during his predecessor’s tenure. The outgoing prime minister, Muhyiddin Yassin, says everything is above board. Malaysian politics has been racked by corruption. Former prime minister Najib Rajak was sentenced to 12 years in prison for financial corruption.

“Everyone has a different understanding of ‘0+0’.” Until recently, Hong Kong was mirroring Bejing’s restrictive 1Covid1-19 policy. However, with fears this was making the city less investor-friendly, Chief Executive John Lee Ka-chiu’s government changed course and inbound travellers were no longer mandated to undergo quarantine. 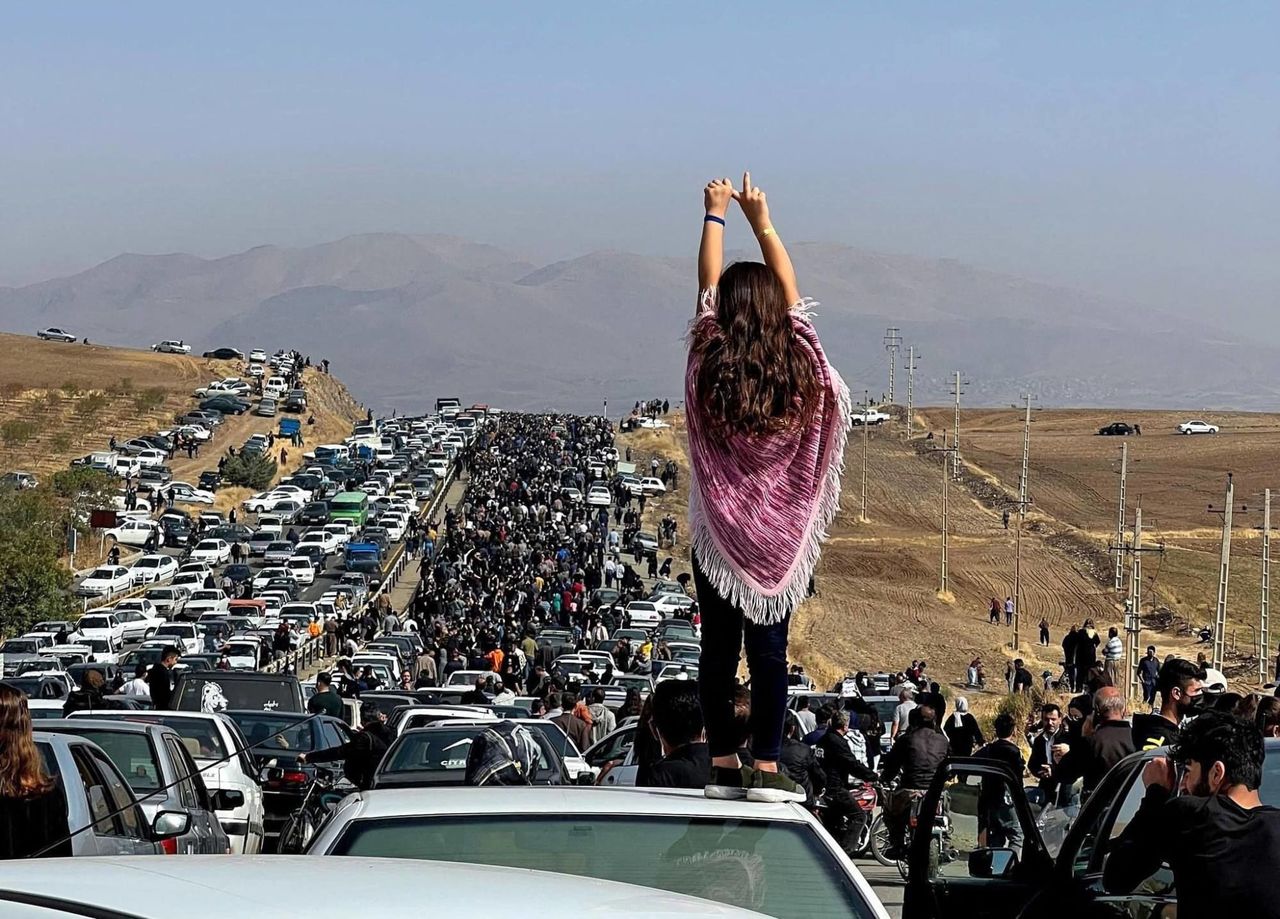 This UGC image posted on Twitter reportedly on October 26 shows an unveiled woman standing on top of a vehicle as thousands make their way towards Aichi cemetery in Saqqez, Mahsa Amini’s hometown in the western Iranian province of Kurdistan, to mark 40 days since her death, defying heightened security measures as part of a bloody crackdown on women-led protests.
“Woman, life, freedom”. Iranian protesters stood up to their government’s oppressive laws. Outrage over the murder of Mahsa Amini, who was killed by Iran’s morality police for not properly wearing the hijab, has spread into nationwide protests. Estimates suggest between 340 and 400 protesters have been killed and more than 16,000 arrested as the government attempts to quash the protests.

“Now is not a time for war.” Indian Prime Minister Narendra Modi delivered this message during his meeting with Russian President Vladimir Putin. The Group of 20’s joint declaration paraphrased it. This could be evidence of India’s growing international clout as Modi helms India’s G20 presidency. It will serve him well in the 2024 national elections.

“If you’re the president of the United States, you can declassify just by saying it’s declassified … even by thinking about it.” Former US president Donald Trump claimed this in an interview after the FBI raid at his Mar-a-Lago residence to retrieve highly classified documents from him. This was one of the excuses he conjured as he tried to wiggle out of the potential criminality of retaining classified documents after leaving office.

“Today, I feel Qatari … Today I feel (like) a migrant worker.” Defending Qatar’s selection as venue for the 2022 World Cup and its human rights record, Fifa President Gianni Infantino attempted to invoke the discrimination faced by others to shield Qatar from international scrutiny and opprobrium.

“I wish we had got fossil fuel phase-out.” Kathy Jetnil-Kijiner, the climate envoy of the Marshall Islands, expressed frustration after the UN climate change conference in Sharm el-Sheikh, Egypt, ignored established links between fossil fuels and climate change. This came in a year that was buffeted by extreme weather. Meanwhile, profits in the fossil fuel industry have surged, though there is hope as the renewable energy sector has grown by 10 per cent this year.

“Let that sink in.” Elon Musk tweeted a video of him entering the Twitter headquarters with a sink days before the deadline for him to buy Twitter. Musk claimed he wanted to acquire Twitter to enable free speech. Upon acquiring Twitter, Musk reduced its workforce by half and welcomed back many divisive figures who had been removed from the platform. Consequently, hate speech increased and half of Twitter’s top advertisers abandoned it.

“I wonder whether or not anyone ever asked Barack Obama and John Key if they met because they were of similar age.” New Zealand Prime Minister Jacinda Ardern gave this response to a misogynistic question during a joint press conference with Finnish Prime Minister Sanna Marin. This was similar to the chauvinistic vitriol Marin faced when a video of her partying was leaked.

“We need democracy, rule of law and freedom of expression.” Chinese people took to the streets, protesting against restrictive 1Covid1-19 lockdowns. China’s harsh restrictions during the last three years led to unrest across the country. Public anger has resulted in a rare reversal by the government, which has finally eased restrictions.