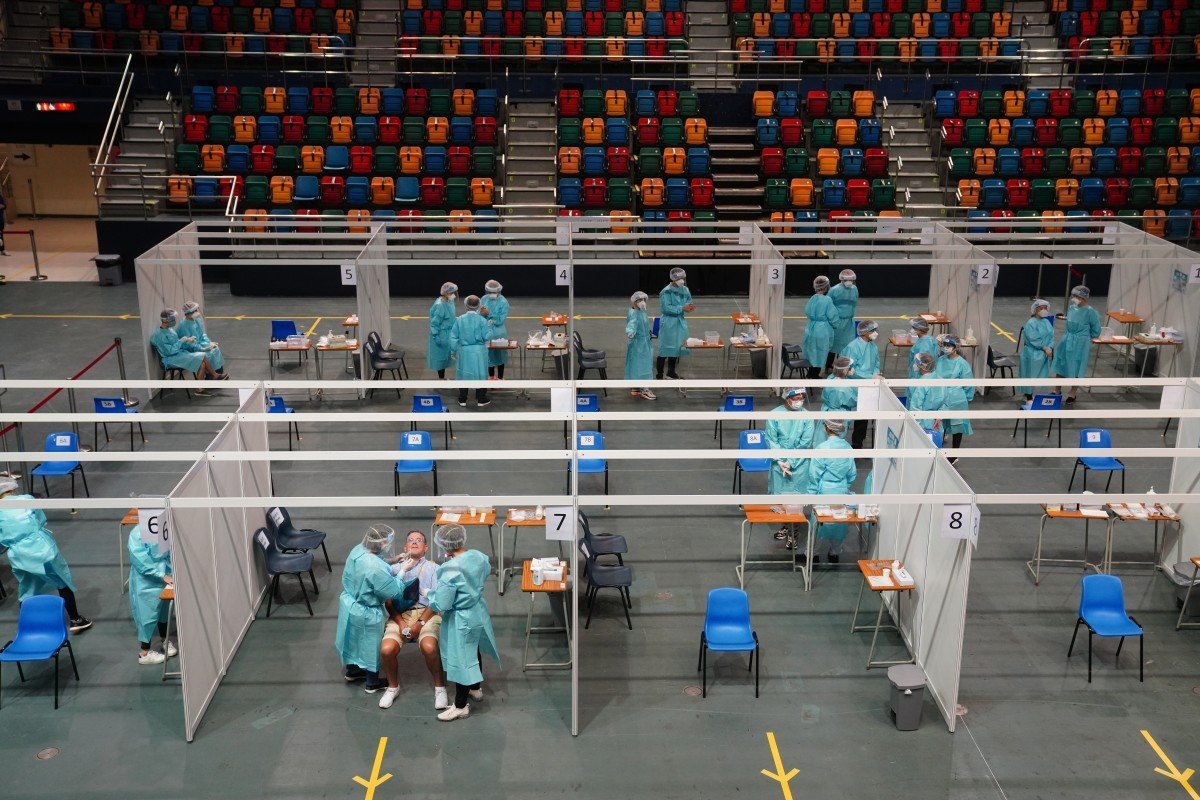 Some 674,000 out of a population of 7.5 million had signed up for the one-off, free and voluntary exercise as of 8pm on Tuesday.

About 126,000 people took Covid-19 tests on Tuesday as the Hong Kong government launched its universal community testing programme, describing progress as “smooth” and promising to increase the daily quota despite calls from opposition politicians and activists for a boycott.

As of 8pm, some 674,000 out of a population of 7.5 million had signed up for the one-off, free and voluntary exercise. The testing programme at 141 centres across the city is set to run for a week but can be extended for seven more days if there is enough demand.

While small queues formed at some testing centres before they opened at 8am, it appeared to be relatively quieter at others, but a steady stream of people took the tests throughout the day, many of them middle-aged or senior citizens. Secretary for the Civil Service Patrick Nip Tak-kuen, the official in charge of the programme, said the daily testing quotas for all 141 centres would be raised from Thursday after reviewing their capacities.

“The overall operation of the centres was smooth,” he said, noting that more than 90 per cent of those who registered for the tests online had shown up for them on Tuesday.

Among the 82,000 who had been tested as of 4pm, Nip said, 8,000 had not made a booking but were still accommodated by the testing centres.

The testing got under way as Hong Kong reported 12 new coronavirus infections
on Tuesday, pushing its total to 4,822.

Opposition politicians and activist groups, including the Hospital Authority Employees Alliance, have called for a boycott of the programme, raising concerns about the risk of infection with people gathering at the testing centres.

But the city’s leader, Chief Executive Carrie Lam Cheng Yuet-ngor, accused them of trying “to cause worries and fears”.

“You can imagine that if you do not have symptoms but you go around town, then you could infect others and that is a very worrying trend. This is the purpose of the test,” she said.

Calling the tests “safe, simple, convenient and quick”, Lam urged the alliance to view the matter through an “objective and unbiased” lens.

Lam said various medical professionals had explained how the risk of cross-transmission had been reduced to a minimum at the testing centres, while location choices had also factored in the need to avoid impact on local communities.

But the alliance’s chairwoman, Winnie Yu Wai-ming, insisted the risk was real. “The most effective solution to stop the outbreak in Hong Kong is to close the borders, or minimise the people who have exemptions when coming back into the city,” she said.

Among those who were tested on Tuesday was master’s student Hailey Leung, 30, at the Hennessy Road Government Primary School in Wan Chai.

“I think we all need to do our part to get tested so that we can track down all the silent carriers,” Leung said. 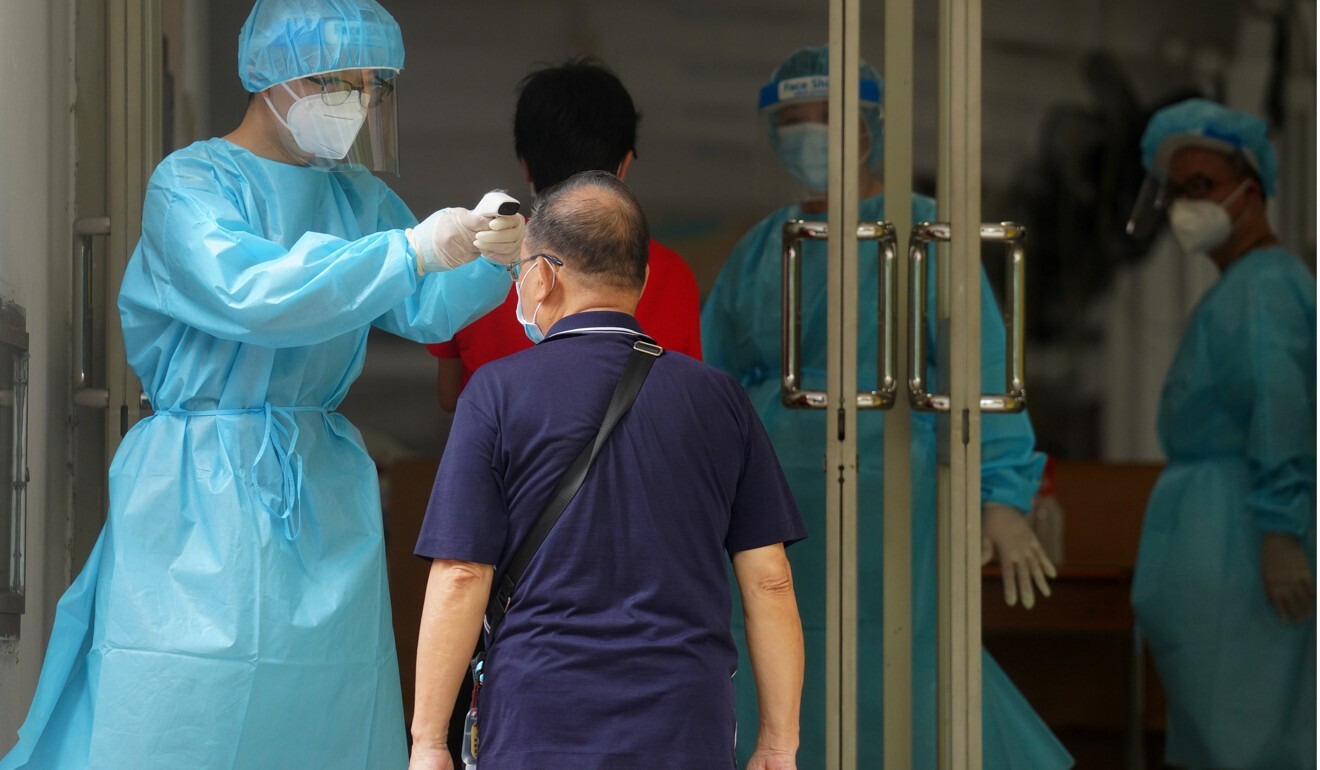 A resident has his temperature taken ahead of the test.

At a bus stop in front of the school, businessman Henry Lau was not keen to take the test, and accused the government of trying to please Beijing. “It’s too little, too late,” he said.

At the Sheung Wan Sports Centre testing site, 53-year-old banker Henry Yau took the test, saying he was being a responsible citizen.

But down the road from the sports centre, coffee shop barista Christy Lee said she would not take part, even though her parents had signed up.

The 29-year-old said she was concerned the testing programme would be used as a cover to harvest people’s DNA, a claim that opposition activists have repeatedly made, despite the government’s strong denials and reassurances.

At a daily coronavirus briefing, Dr Chuang Shuk-kwan from the Centre for Health Protection said any coronavirus-positive results from the first day of tests would be known on Thursday. The Hospital Authority said those infected would be sent to quarantine facilities at the AsiaWorld-Expo.

Earlier in the day, public health advisers to the government David Hui Shu-cheong and Gabriel Leung helped each other take the tests in Sha Tin.

“It’s important to participate in order to cut off any hidden transmission in the city,” Hui said.

All members of Lam’s cabinet were tested on Tuesday, as were 27 pro-establishment lawmakers.

Police were also looking into at least 60 complaints from people who had been signed up for the test without having volunteered to take it.