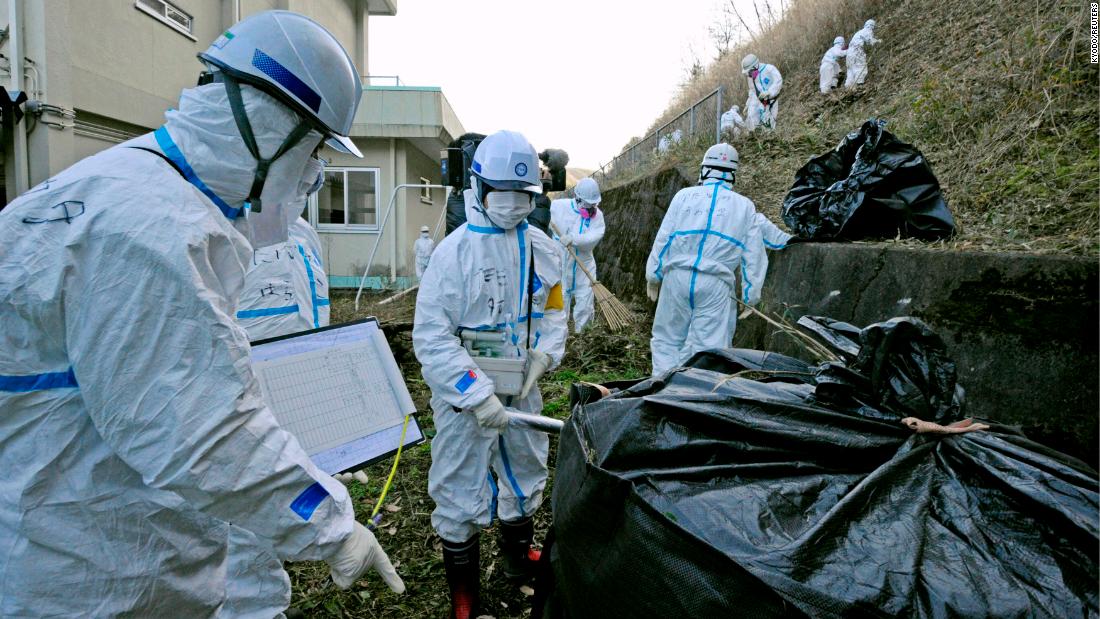 11 years after Fukushima nuclear disaster, residents return to their village

More than 11 years after Japan's worst nuclear disaster, the government lifted evacuation orders in a section of a village previously deemed off limits on Sunday, allowing residents to move back into their homes.

Kazunori Iwayama, a former resident of Katsurao village, which lies about 40 kilometers (24 miles) from the Fukushima Daiichi plant said, "It feels like we finally reached the start line and can focus on bringing things back to normal."

On March 11, 2011, a 9.0 magnitude earthquake struck off the country's coast, triggering a tsunami that caused a nuclear meltdown at the power plant and a major release of radioactive material. It was the world's worst nuclear disaster since Chernobyl in 1986.

More than 300,000 people living near the nuclear plant were forced to temporarily evacuate and thousands more did so voluntarily. Once-bustling communities were turned into ghost towns.

In the years since, large-scale cleanup and decontamination operations have allowed some residents who once lived in the former exclusion zone to return.

On Sunday, Iwayama watched as a gate blocking access to his home in Katsurao's Noyuki district was reopened at 8 a.m. local time. Evacuation orders for most of the village were lifted in June 2016, allowing registered residents to come and go, said a village official, who declined to be identified as is customary in Japan. Most who have returned since 2016 are senior citizens.

Some households however, are still waiting for their sections of the village to be decontaminated, according to the official.

Japan's Prime Minister Fumio Kishida said this month the opening would be the first time residents were allowed to live again in Katsurao's Noyuki district, dubbed the "difficult-to-return" zone, an area with high levels of radiation up to 50 millisieverts.

The Japanese government concluded that radiation levels had fallen sufficiently for residents to return, though the figure hasn't been released.

For now, just four households out of 30 said they intend to return to the Noyuki district, said the village official.

Before the disaster, Katsurao village had a population of around 1,500 people. Many of those who left have rebuilt their lives elsewhere, the official said.

Others may still have concerns about radiation. Despite the decontamination efforts, a 2020 survey conducted by Kwansei Gakuin University found 65% of evacuees no longer wanted to return to Fukushima prefecture -- 46% feared residual contamination and 45% had settled elsewhere.

As of March 2020, only 2.4% of Fukushima prefecture remained off-limits to residents, with even parts of that area accessible for short visits, according to Japan's Ministry of Environment.

But there remains more work to be done.

"This means that more work is needed and other families are waiting for the areas they used to live in to be decontaminated and restored to normal," he said.

Later this month, restrictions are expected to be partially lifted on Futaba and neighboring Okuma -- towns home to the Fukushima Daiichi nuclear power plant -- and a similar easing is scheduled in a further three municipalities in 2023, the official said. He added that a timeline for areas outside the reconstruction bases has not been decided.

"This is one milestone," Hiroshi Shinoki, the mayor of Katsurao village, told reporters on Sunday. "It is our duty to try and bring things back as much as we can to how they were 11 years ago."

Shinoki said that he wanted to revitalize local agriculture -- a key industry in the area -- to entice residents back.

In recent years, countries have gradually eased import bans on produce from Fukushima prefecture. In February, Taiwan lifted its ban on food from Fukushima and four other areas.

"It feels like people have forgotten about Fukushima -- but we're still recovering," said resident Iwayama. "Our rice, fruits and vegetables are normal...we'd like people to know this produce is safe," he said.