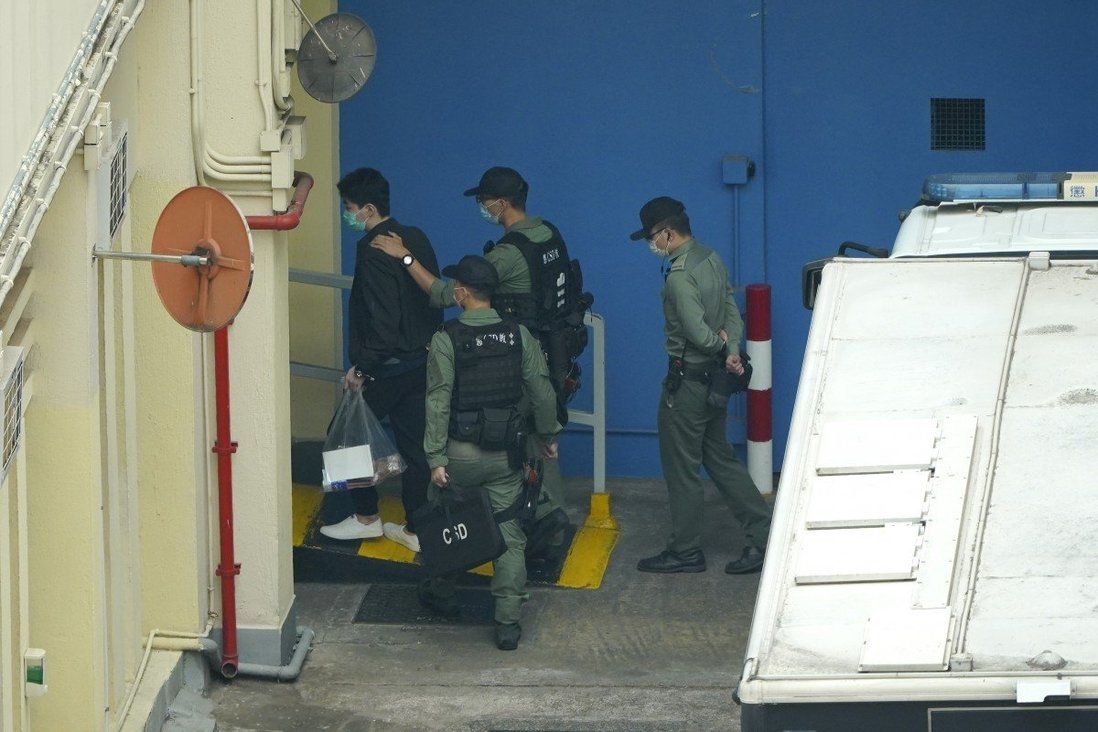 Defendants are among 13 charged in relation to conspiracy to gun down officers, cause explosions during march in Wan Chai in December 2019.

Ten men who allegedly took part in a plot to murder Hong Kong police officers during a 2019 mass rally have been charged under the city’s anti-terrorism
legislation.

The United Nations (Anti-Terrorism Measures) Ordinance was invoked in the prosecution of the 10, who were among 12 men and one woman aged between 19 and 33 charged in relation to their roles in a conspiracy to gun down police officers and cause explosions during a march in Wan Chai on December 8, 2019.

The charge says the 10 conspired with others between August 1 and December 8 “to unlawfully and intentionally deliver, place or detonate two explosive devices in, into or against prescribed objects with the intention to cause death or serious bodily injury to any person”.

In connection with the same conspiracy, Wong and Cheung Chun-fu faced a joint count of possessing explosive substances for allegedly keeping two boxes of fireworks at a Tsuen Wan flat in December 2019.

Ng and Lee were respectively charged with possessing arms and ammunition with intent to endanger life for allegedly keeping a total of two pistols and 120 bullets, while Cheung Chun-fu was slapped with a count of unlicensed possession of firearms over four bottles of pepper spray police allegedly seized from him.

Another defendant, Choi Hoi-ming, was accused of aiding and abetting the production of a detonator. His co-accused, Chan Yuk-long, faced a count of unlicensed possession of arms and ammunition and a conspiracy count of the same charge for allegedly keeping a pistol and 92 bullets.

Separately, Su was charged with making use of arms and ammunition with intent to resist or prevent lawful arrest over an incident outside Jade Plaza in Tai Po on December 20.

Su and Chung Suet-ying, the only female defendant, were jointly charged with possessing arms and ammunition with intent to endanger life over a rifle and 241 bullets found in a Tai Po flat on the same day.

The 13 defendants appeared before Eastern Court on Monday, as prosecutors applied to move the case to the High Court for trial. Magistrate Daniel Tang Siu-hung scheduled the next hearing on November 29.