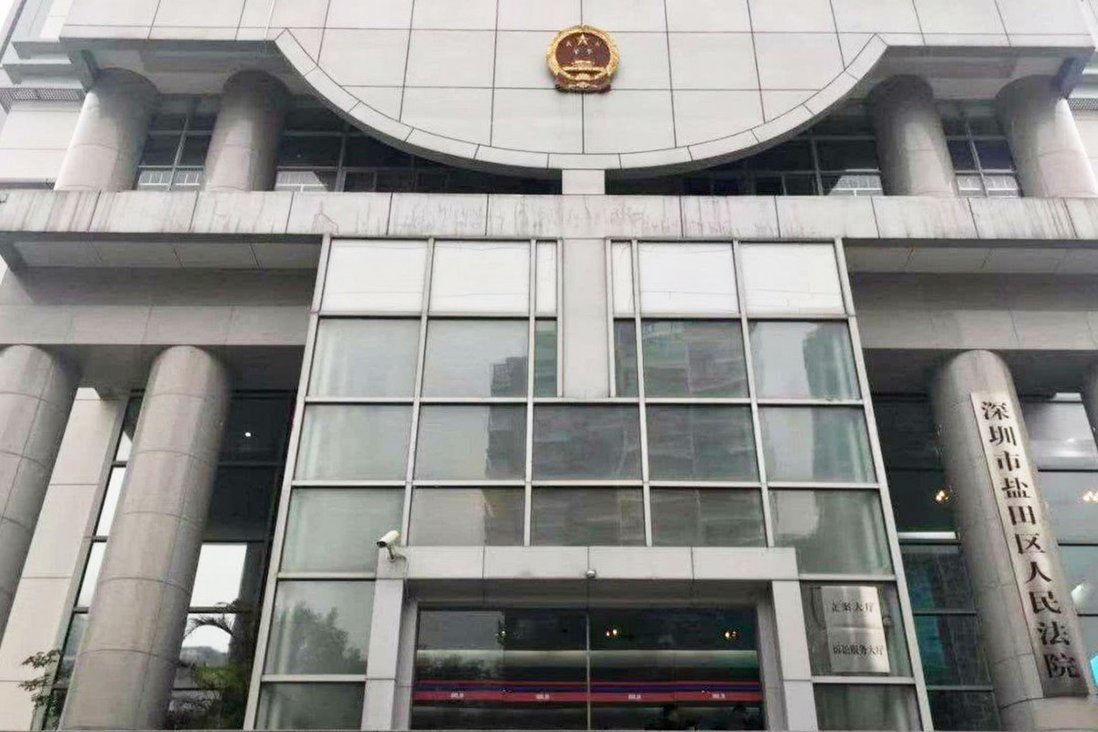 10 Hong Kong fugitives in Shenzhen charged, hearings to be held for other 2

Ten of the 12 Hong Kong fugitives being held in mainland China have been charged with illegal border-crossing offences, authorities in neighbouring Shenzhen announced on Wednesday, while closed-door hearings will be held to decide the cases of the remaining two suspects who are underage.

In a statement, the Yantian People’s Procuratorate in Shenzhen said one male suspect and one female suspect were charged with organising others to illegally cross the Chinese border, while eight others – including Andy Li, who was accused of violating the national security law in Hong Kong – were charged with crossing the border illegally.

Their cases will be referred to the Yantian People’s Court.

“The procuratorate will hold closed-door hearings to decide, in accordance with the law, on the cases of two underage criminal suspects,” the statement added. 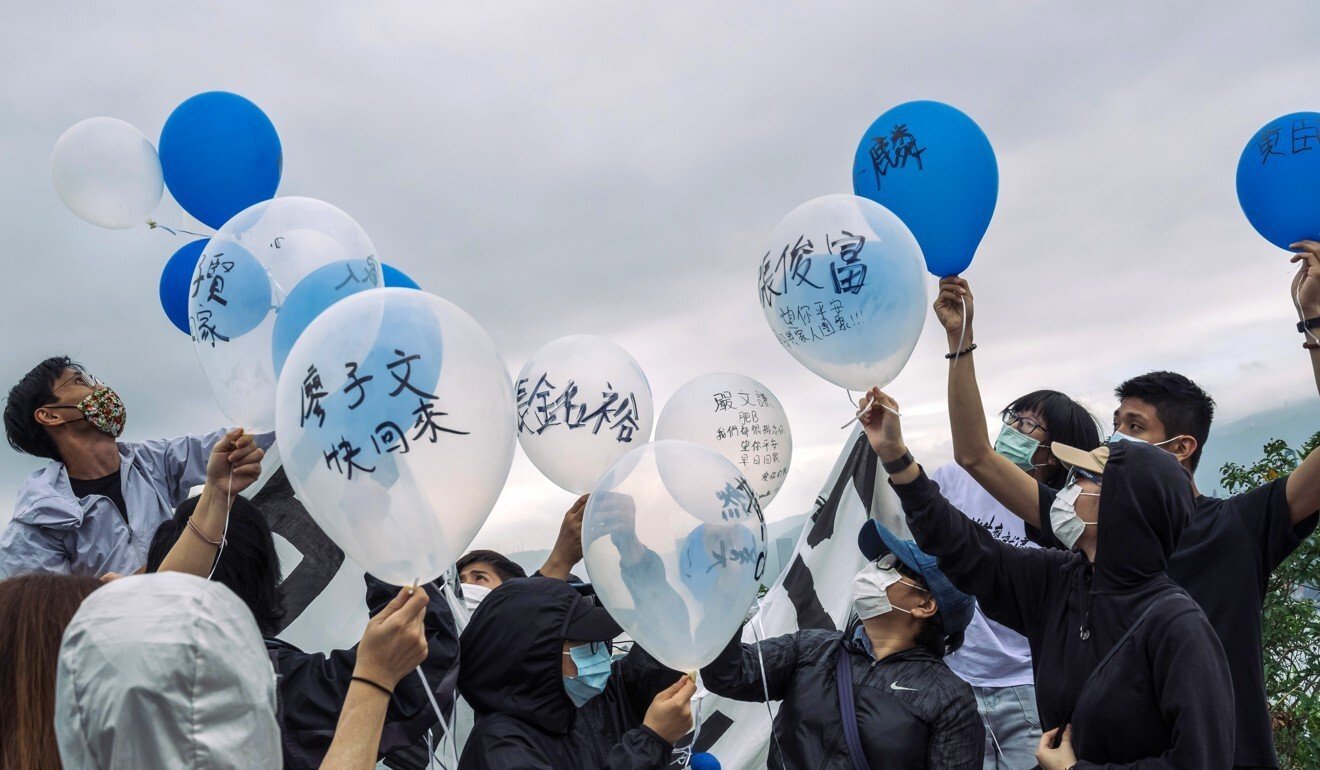 Activists and family members of 12 Hongkongers held on the mainland release balloons marked with the names of the detainees last month.

The charges came weeks after Shenzhen police handed the cases of the 12 Hong Kong fugitives to prosecutors on November 27 to determine if they should move ahead with criminal proceedings.

The fugitives’ families on Wednesday called on the Shenzhen authorities to arrange for them to attend their loved ones’ hearings, according to Hong Kong activists who have been assisting them.

“Some of the families said they were only told of the latest development from the lawyers appointed by the Shenzhen government minutes before the formal announcement was made,” said former opposition lawmaker Eddie Chu Hoi-dick.

“They were not told if a date for the hearing had been set,” he continued. “They feared that they would not be able to go to attend the hearings if they are not given sufficient notice, given there is a 14-day quarantine requirement for Hong Kong people entering Shenzhen. It would be, in effect, a closed-door trial if families were not there to attend to see the proceedings.”

Another activist, Owen Chow Ka-shing, said: “The families hope the Shenzhen side could make special arrangements to waive the quarantine requirement of the relatives. They also hope the Hong Kong government could offer assistance.”

Chow said they were given to understand that the hearings could be held as early as before the Lunar New Year holiday, and that the 12 could be released soon afterwards and returned to Hong Kong, given the nature of their offences and the fact they had already been detained for several months.

“Probably, they would then be handed over to Hong Kong police,” Chow said. 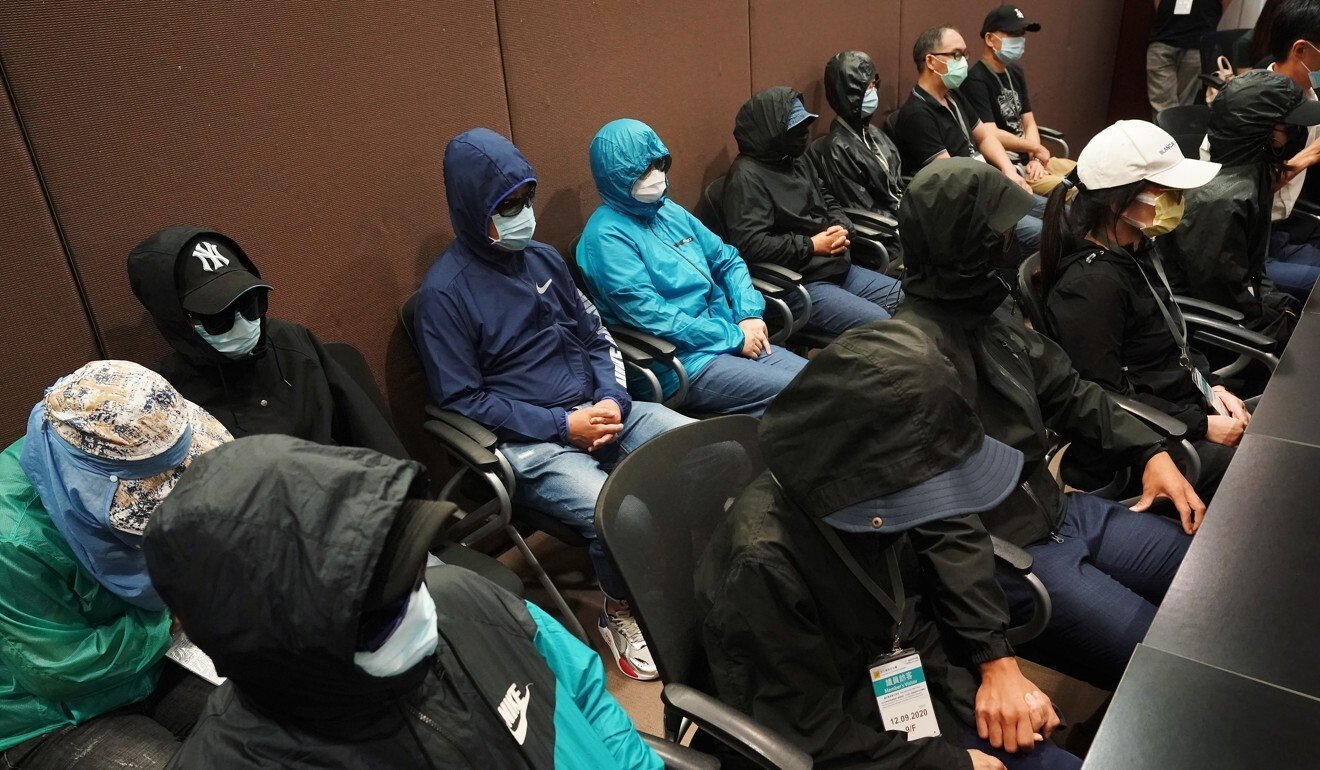 Family members of six of the detained Hongkongers in Shenzhen hold a press conference regarding their cases in September.

All 12 of the fugitives had been facing protest-related charges in Hong Kong, and were travelling from Hong Kong to Taiwan on a speedboat on August 23 when they were intercepted by the China Coast Guard. Since then, they have been held at the Yantian district detention centre in Shenzhen.

Their families had said the mainland lawyers they hired had been denied access to their clients, and were told by Shenzhen officials that they were instead being represented by lawyers assigned by the authorities.

Several families last month received long-awaited handwritten letters purportedly from those detained, some of whom urged relatives to refrain from speaking too much about the case.

Under the mainland’s Criminal Law, the penalty for illegal crossings is a maximum of one year in prison. Those organising such activities face up to seven years in jail, while those running cross-border syndicates can face life in prison.