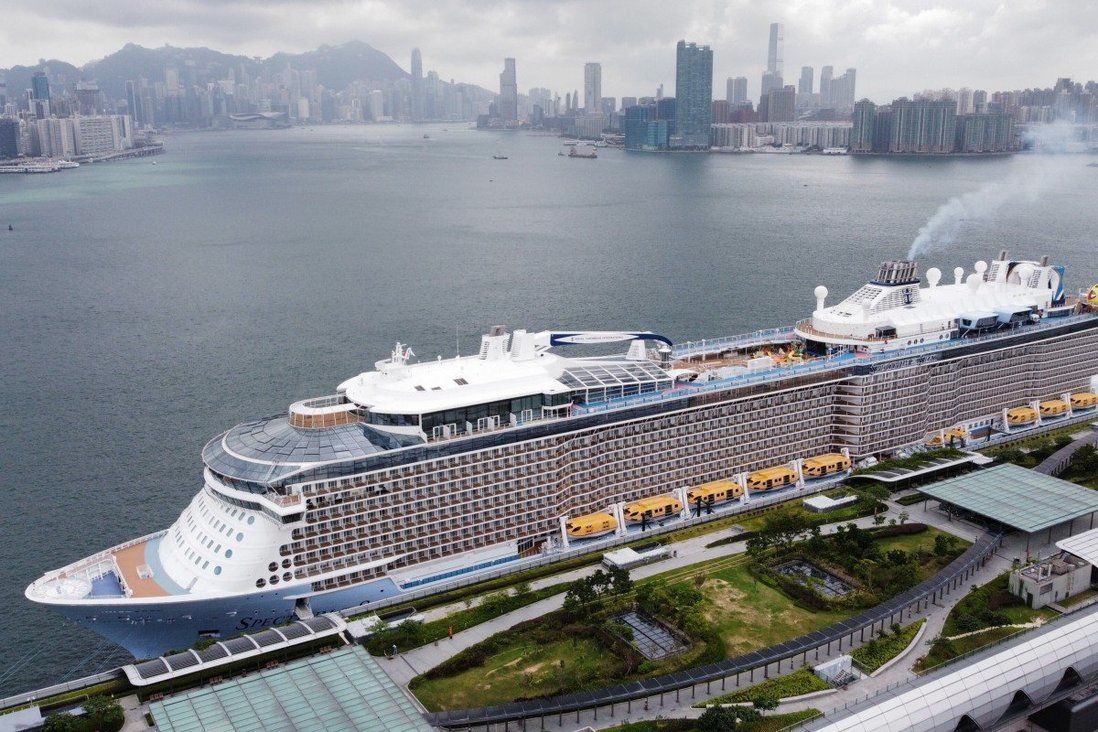 About 1,200 passengers booked on a “cruise to nowhere” from Hong Kong had their trip cancelled at the last minute on Thursday after a crew member tested positive for Covid-19, only to be told hours later the case could be a false alarm.

The Centre for Health Protection on Thursday night said it was investigating a suspected “repositive case” involving a 40-year-old crew member on Royal Caribbean’s Spectrum of the Seas, berthed at Kai Tak Cruise Terminal. He was tested on Tuesday.

It said he had no symptoms and his viral load was very low in the preliminary test.

According to the cruise company, the crew member received two doses of a Covid-19 vaccine in April and May, and tested positive for the coronavirus in Malaysia in July. 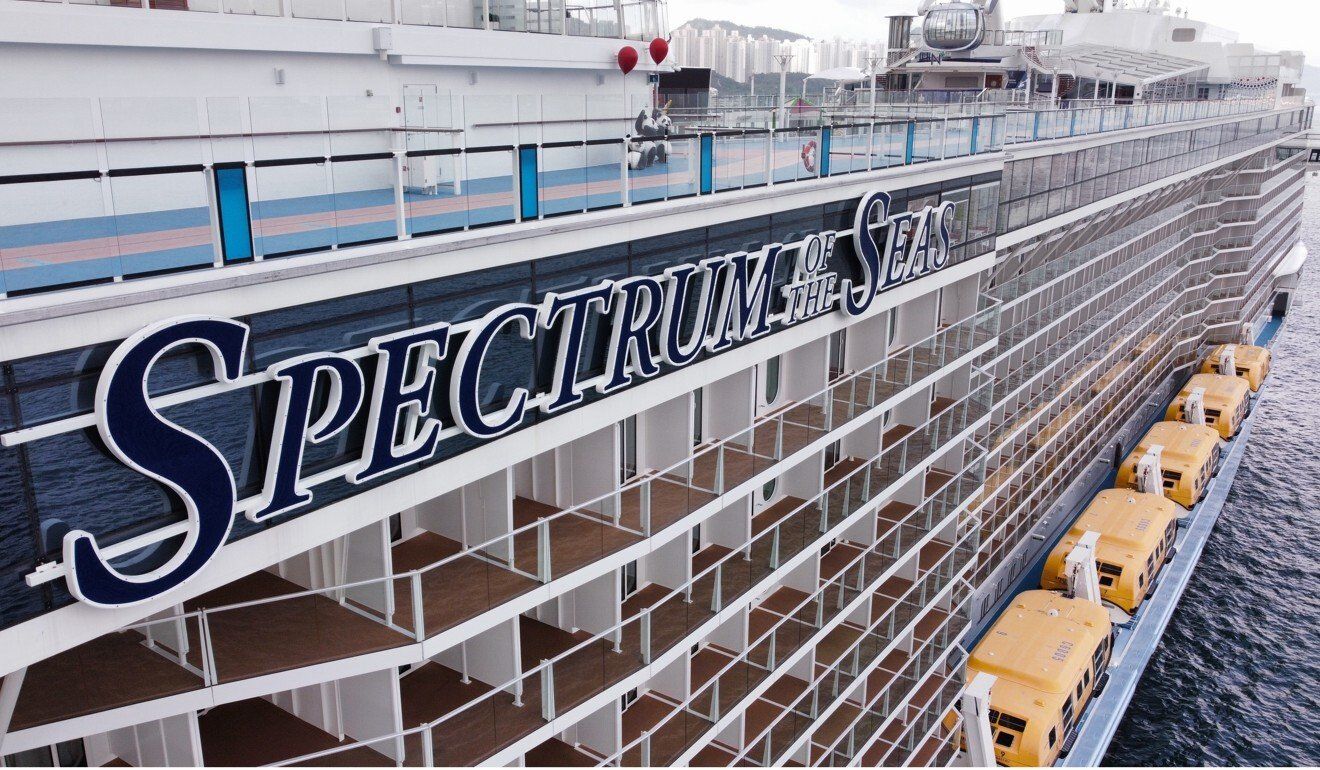 The ship was meant to sail on Thursday.

He had undergone 10 tests since arriving in Hong Kong in August and all were negative.

After reviewing the epidemiological data and laboratory results, the centre said it believed the preliminary test result was related to the patient’s overseas infection earlier.

About 1,000 of the 1,200 passengers had already boarded the ship before the four-night trip was cancelled, the centre said.

“The patient did not have any direct contact with the passengers,” it said, adding the cruise was cancelled for the sake of safety.

Anyone on board the ship would need to undergo compulsory testing, the centre said.

All 1,250 crew members had been tested before the sailing, scheduled for 7pm on Thursday. The crew member was immediately isolated, the cruise operator said in a statement.

It said the trip was cancelled as a result and the passengers would be compensated.

The statement said all crew members and passengers aged over 12 years had to be fully vaccinated and tested before they embarked. The crew member presented no symptoms, it added, and his position did not require him to have contact with guests.

Guests who had not boarded the ship were at the cruise terminal in Kowloon Bay, a company spokesman said, adding that arrangements were later made for all 1,200 passengers to leave.

Several compensation plans for passengers will be available including a full refund.

The cruise operator said the incident would not affect the ship’s next sailing on Sunday, ahead of which all crew members would be tested again.

The company bills Spectrum of the Seas as Asia’s newest, biggest and most innovative ship. The quantum ultra class cruise liner has 16 decks, displaces more than 168,000 tons and can carry over 5,600 guests.

Under anti-pandemic rules for “cruises to nowhere”, the ship can carry only half its capacity, or 2,800 passengers.

If a Covid-19 case is detected on a cruise, all passengers must undergo testing on their return to the city, but whether quarantine is needed will depend on public health advice at the time.

A deadly coronavirus outbreak early last year on the Diamond Princess cruise ship – which had thousands of passengers and crew on board, including 364 Hongkongers – caught the world’s attention and hammered the industry.

More than 700 people were infected and eight died, including three from Hong Kong.

Hong Kong started allowing companies to operate “cruises to nowhere” from July if they met vaccination and other health requirements, following Singapore, Taiwan and Japan. Journeys venture onto the high seas but do not stop at other destinations for public health reasons.

Spectrum of the Seas started sailing from Hong Kong on October 14, after two postponements.